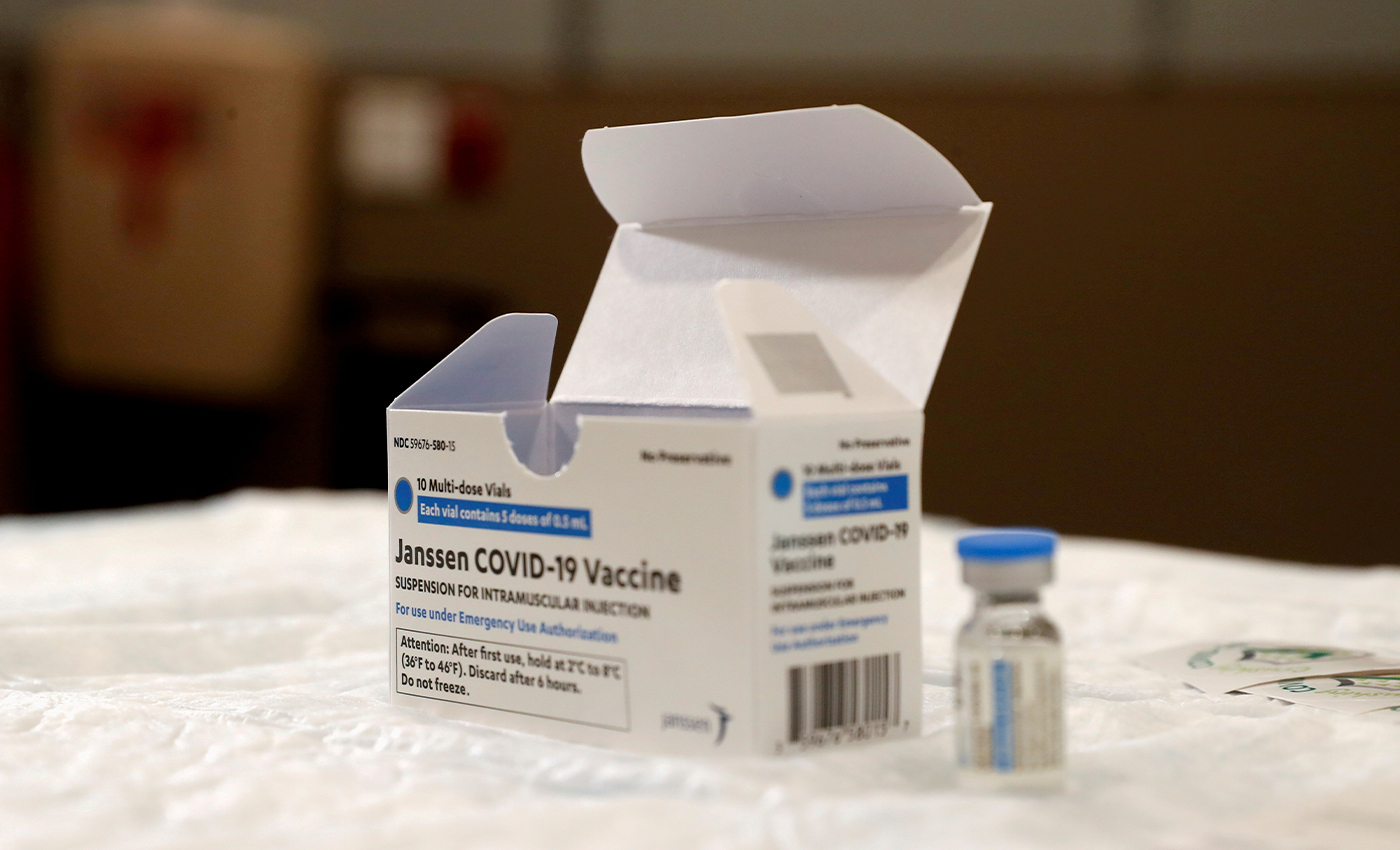 It is not confirmed that the men interviewed in the video work for Johnson & Johnson. There is no indication that vaccines are unsafe for children.

It is not confirmed that the men interviewed in the video work for Johnson & Johnson. There is no indication that vaccines are unsafe for children.On September 29, 2021, an Instagram page belonging to Project Veritas posted a photo of an article published by InfoWars. Project Veritas is a right-wing, politically motivated organization with a history of using deceptive tactics to make unsubstantiated claims about what it says is liberal bias and corruption in mainstream media. InfoWars is a far-right conspiracy theory and fake news organization owned by Alex Jones. Needless to say, both Project Veritas and InfoWars are unreliable sources.

The article published by InfoWars states, “Two Johnson & Johnson officials admitted to Project Veritas in an undercover video that children shouldn’t take the COVID vaccine in part because of its potential long-term side effects.” A video accompanies the article from a series called #CovidVaxExposed. The video shows interviews with two people identified as employees of the pharmaceutical company Johnson & Johnson (J&J): scientist Justin Durrant and business lead Brandon Schadt. The video aims to prove that the J&J COVID-19 vaccine is unsafe for children and should not take the jab. Project Veritas’ Instagram page has almost 1.3 million followers, and this post has over 80k likes.

The video takes the form of two interviews over dinner, apparently recorded without the knowledge of the interviewees. Project Veritas do not indicate that they had verified these men’s credentials, nor do they indicate that they reached out to them, nor J&J, for comment after releasing the recordings. As Project Veritas has misrepresented themselves and their intentions to interviewees in the past, these breaches of journalistic ethics should be viewed with extreme suspicion. Logically has reached out to Johnson & Johnson, Brandon Schadt, and Justin Durrant for comment.

While it is true that children are less susceptible to COVID-19 and are less likely to develop severe COVID-19 symptoms, that can change in the face of new variants like the Delta Variant. The New York Times reported on September 3, 2021, that two studies from the Centers for Disease Control and Prevention (CDC) found that pediatric hospitalizations for COVID-19 soared over the summer in the United States because of the Delta variant. The NYT further reported that even though the hospitalization rate in children and teenagers increased nearly five-fold in the summer, it remained lower than the January peak. Moreover, the vaccine made a difference, as “the hospitalization rate was ten times as high in unvaccinated adolescents as in those who were vaccinated, researchers found.” One of the two studies also found that “Covid-related emergency room visits and hospital admissions among children were more than three times as high in states with the lowest vaccination coverage compared with states with high vaccination rates, underscoring the importance of community-wide vaccination to protect children.”

Another New York Times article published on September 9, 2021, stated that “Public health officials and experts also caution that even small increases in the number of pediatric Covid-19 patients can put a major strain on pediatric hospitals and I.C.U.s, many of which are already overstretched with nursing shortages and an unusual summer surge of respiratory syncytial virus or R.S.V.”

These factors together underscore the importance of vaccinating children. The CDC recommends “everyone 12 years and older should get a COVID-19 vaccination to help protect against COVID-19. Widespread vaccination is a critical tool to help stop the pandemic. People who are fully vaccinated can resume activities that they did prior to the pandemic.”

All vaccines have side effects, and anecdotal evidence suggests that most side effects are not severe and are only short-lived. Many of the side effects of COVID-19 vaccines range from fever, fatigue, and headache, and one only experiences them for a few days. Side effects can also happen a few weeks later, and these can be more serious, but that is rare. According to the University of Missouri, “History tells us that severe side effects are extremely rare, and if they do occur, they usually happen within the first two months.” The article uses an example of the J&J COVID vaccine to support its claim. “The vaccine was put on pause when health officials learned that a small number of people who received the vaccine experienced a severe blood clotting problem. About 7.4 million Americans had received the Johnson & Johnson vaccine when regulators paused its administration to investigate a handful of cases in which people had blood clots. All of the cases emerged within two weeks of vaccination. Upon reviewing information about the cases, federal health officials determined that the benefits of the vaccine outweighed the risk, and they approved resumed use of the vaccine,” states the article.

Paul Offit, pediatrician, and professor of vaccinology at the Perelman School of Medicine at the University of Pennsylvania, explained in this January 28, 2021 video that long-term side effects from the COVID-19 vaccines are very unlikely. He said, “I think in those pre approval studies where the vaccines have been tested in tens of thousands of people, you could say with confidence that there wasn’t at least a relatively uncommon, serious side effect. And now that the vaccine has been given to more than 10 million people, I think you can say with some confidence that there doesn’t appear to be right now a very rare, serious side effect that would be something that would cause a long-term problem. But again, we need to be humble, keep our eyes open and look what happens as we vaccinate hundreds and hundreds of millions of people to make sure that there’s not an additional problem. But usually, when those problems occur, they occur within six weeks of a dose.”

The last part of the Project Veritas video tries to defame J&J by using a historical example to prove that medicines or vaccines manufactured by the company are not safe. It shows Schadt citing a case in which Tylenol was contaminated with cyanide, leading to a product recall by J&J, which Schadt claimed had happened during “[his] time in consumer products.”

However, this incident was not J&J’s fault. In 1982, when people started dying after consuming Tylenol, it was reported that this happened because some bottles were laced with cyanide. Soon after, J&J issued a mass warning and immediately called for a massive recall of the more than 31 million bottles of Tylenol in circulation. It was concluded that this was the work of a mass murderer who had laced Tylenol capsules with potassium cyanide, also known as the Chicago Tylenol murders. Seven people died—the perpetrator was never caught. After this incident, J&J developed some product protection methods, such as tamper-proof packaging, to prevent such cases from occurring again, which led to overall improvements for the safety of over-the-counter drugs.

The syringe used to give the booster jab to PM Boris Johnson was covered with a cap.