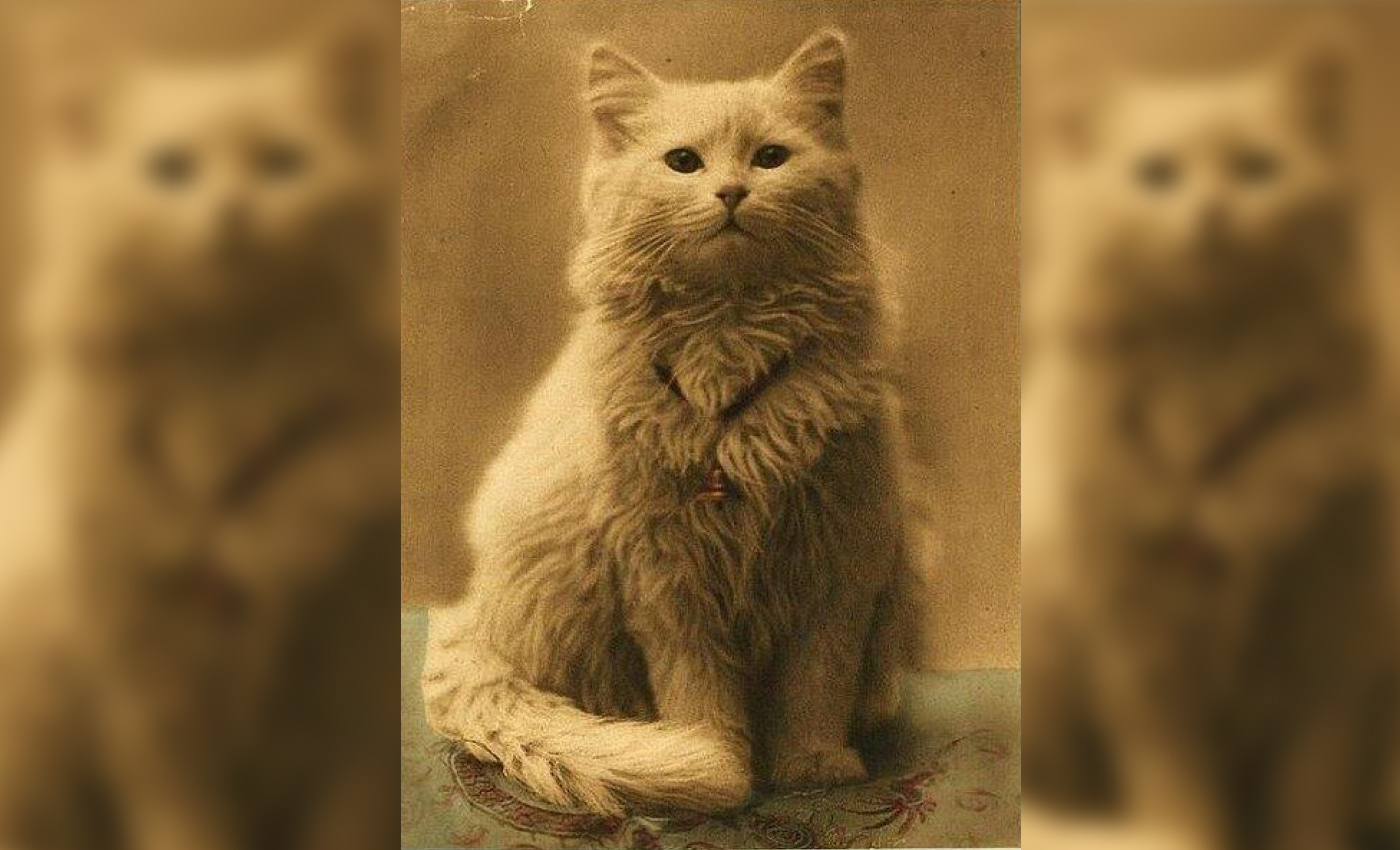 There are photos of cats that predate this particular photo.

This photo of a particularly majestic-looking cat often circulates on social media with the claim that it was taken in 1880, making it the earliest-known cat photo. Unfortunately, this is not true. Although the source of the photo cannot be conclusively identified, we know that this particular cat photo is not the first-ever because there are photos of cats that predate 1880. For instance, the digital collection in the Houghton Library at Harvard University contains a daguerreotype (the earliest commercially successful photographic process) taken by an unknown photographer of a cat drinking from a saucer, which dates from 1840 to 1860. Even if the date attributed to the photo in question cannot be confirmed, the photo in question clearly uses more advanced methods than the daguerreotype. Additionally, the British photographer Harry Pointer was known in the 1870s for his "Brighton Cats" photos, which garnered a small amount of attention –– a review of his work appears in the 1879 issue of the Art Journal of London, a year before the photo above is said to have been taken. Although the photo circulating on social media is charming, it is not the earliest known cat photo. It would be near-impossible to determine when the actual first-ever photo of a cat was taken because we simply don’t have access to all of the photos ever taken around the world in the decades following the invention of photography.