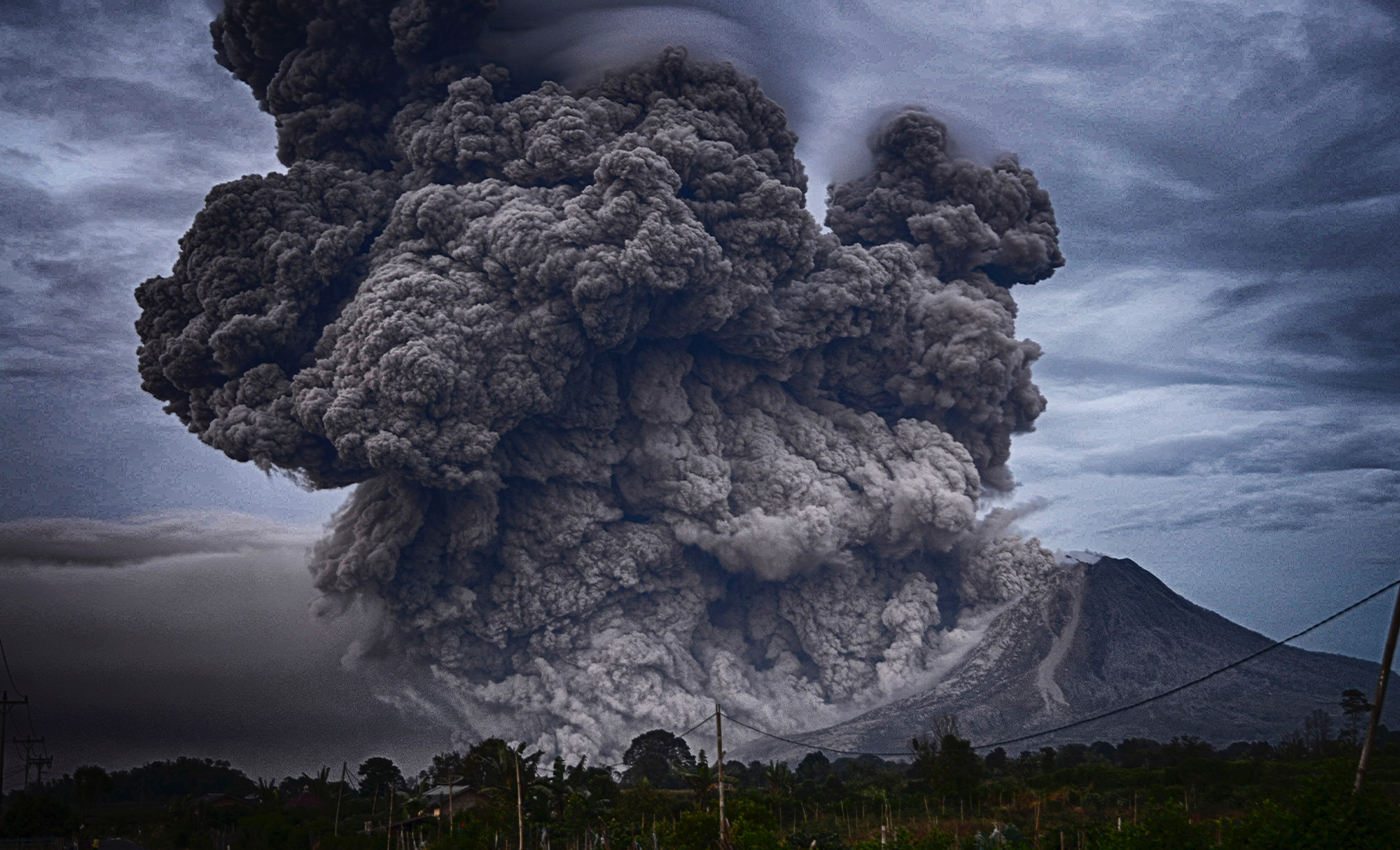 Some volcanoes were active worldwide on March 20, 2021, but the figure of 54 is highly unlikely and oversimplifies volcanism.

Volcanic eruptions happen when lava and gas are discharged from a volcanic vent. On March 20, the BBC reported a volcano erupted near Iceland's capital Reykjavik, which seems to be subsiding.

According to the BBC, Lava at Fagradalsfjall burst through a crack in the Earth's crust hundreds of meters long. Icelanders had been bracing themselves for an eruption several weeks after the island nation recorded more than 50,000 recent earthquakes. Icelandic Meteorological Office (IMO) said in a report that the "eruption was small and no-one was in danger", adding that the last eruption there was some 800 years ago.

Volcano Discovery reported that some 5-6 volcanoes were active worldwide on March 20, namely- Krísuvík in Iceland, Guatemala, Ecuador, Sakurajima in Japan, and Sabankaya in Peru.

Even Smithsonian Institution reported that as of March 12, 2021, there were 45 volcanoes with continuing eruptions across the world.

It is essential to understand that an eruption marked as "continuing" does not always mean that the activity is continuous or happening in the present day. Still, it means that there have been some intermittent eruptive events at that volcano without a break of at least three months since it began, according to the Volcanism program of Smithsonian Institute, Natural Museum of Natural History.

The institute also says that "generally there are around 20 volcanoes actively erupting on any particular day".

Therefore, we conclude that though several volcanic eruptions took place in various places across the world, there is no proper evidence regarding the number of outbreaks. The claim that there were 54 volcanic eruptions worldwide on March 20, 2021, is extremely unlikely.

The content and composition of the COVID-19 vaccines were not disclosed until November 2021.