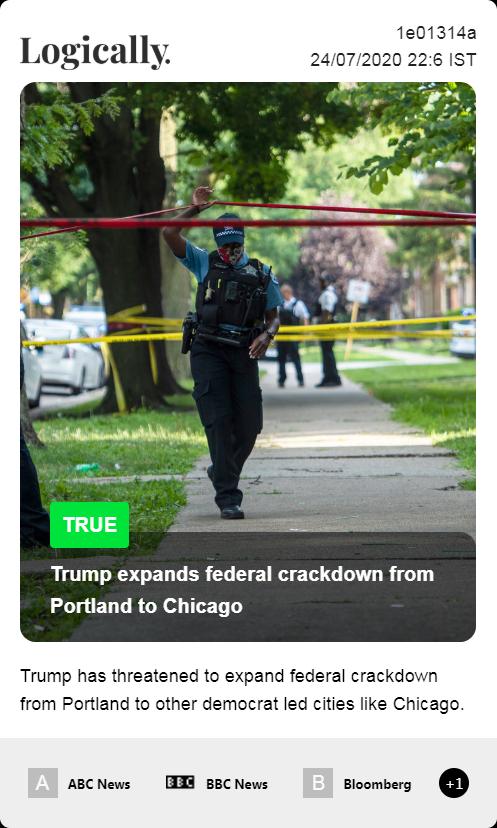 Trump has threatened to expand federal crackdown from Portland to other democrat led cities like Chicago.

Following the death of George Floyd, protests engulfed all major cities in the US and continue to do so. In response, President Trump deployed federal forces to control the protests. The most recent crackdown by Federal forces was in Portland's Mark O. Hatfield U.S. Courthouse where protestors, including the Mayor, were tear-gassed.

Following the Portland episode, Trump has threatened to expand federal crackdown in other democrat led cities with ongoing protests and violence, particularly Chicago and Albuquerque. Chicago, according to Trump has always been a violent city due to its democrat led leadership. This decision is in line with Trump's overall handling of the protests in the country as a tool of partisan politics.

Therefore, evidence shows that Trump has indeed threatened to expand federal crackdown to other cities such as Chicago.

Incredible Pizza employees maced for escorting out customers without a mask.