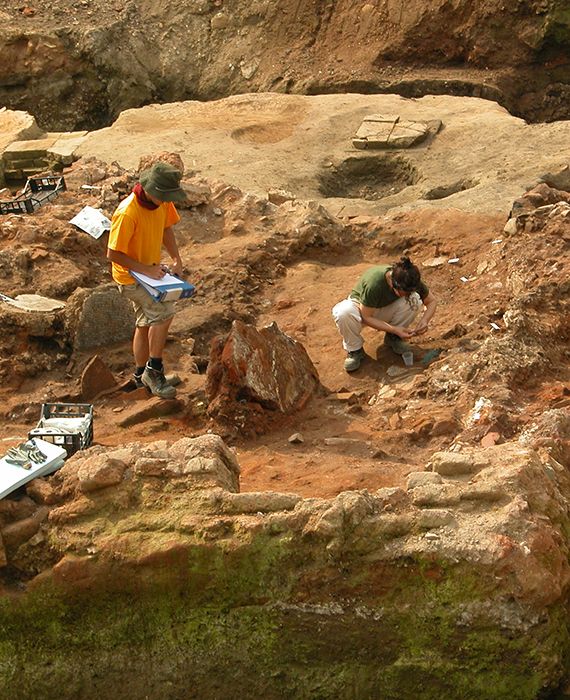 A study report by Ella Assaf states that stone balls were used by ancient people to break animal bones to obtain the high-fat marrow inside.

Ella Assaf of Tel-Aviv University led a team of researchers studying a set of 29 stone balls discovered in Qesem Cave. Archaeological residues have morphological features and appearance compatible with compact and spongy bone, organic bone glossy film, collagen fibres, and animal fatty matters observed on experimental stone balls used in bone marrow extraction activities. As bone marrow played a central role in human nutrition in the Lower Paleolithic, the experimental results show that the morphology and characteristics of shaped stone ball replicas are well-suited for the extraction of bone marrow.

The Mysterious Universe citing Ella Assaf's study report published by the PLOS One states that archaeologist Assaf discovered that 2-million-year-old hand-sized stone balls that have been found around the world. The balls had a shiny layer which indicated they could have been used outdoors for some other purpose before the residents of Qesem Cave found them and brought them to the cave for butchering activities.