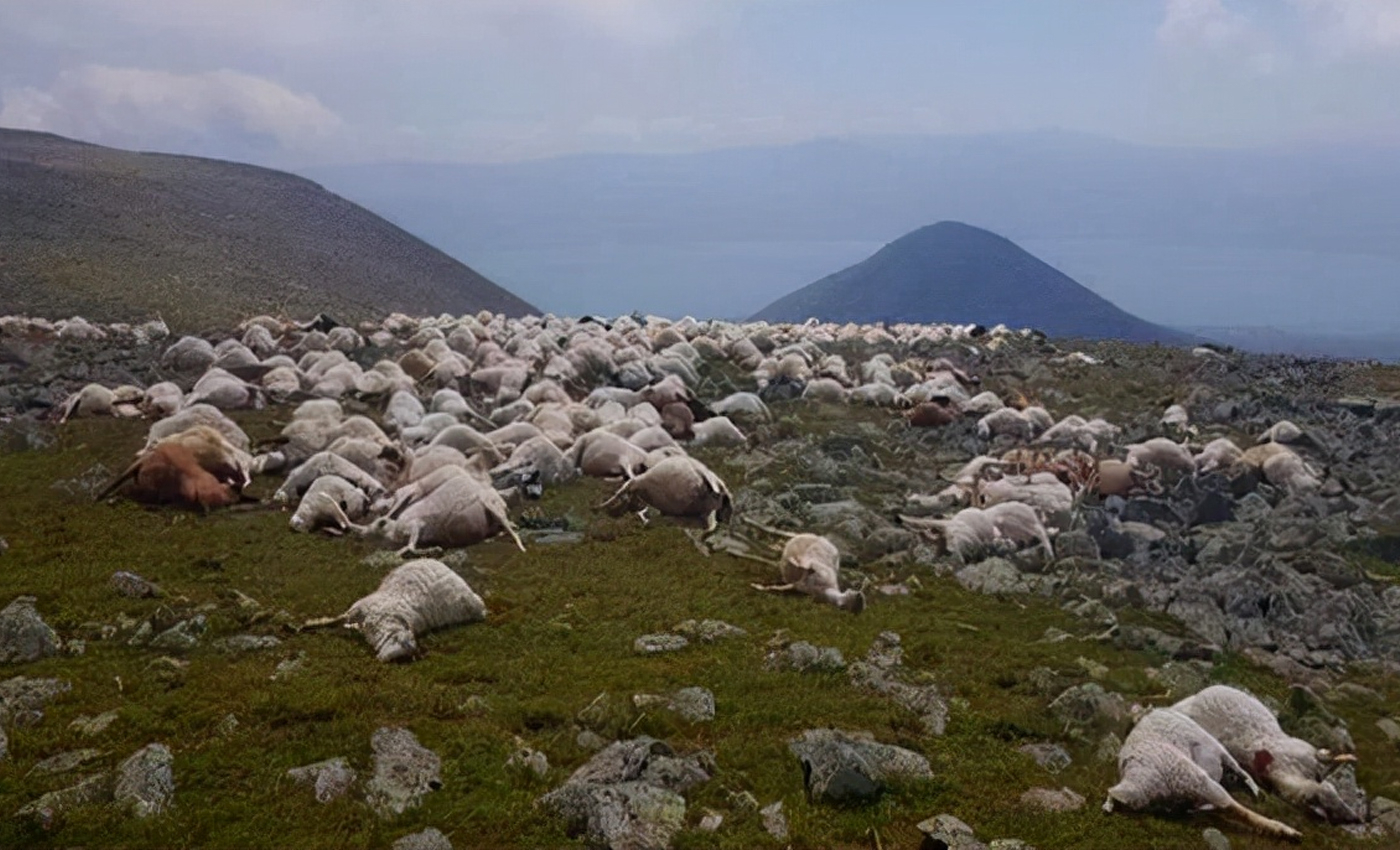 The video was recorded in 2021 in Georgia, where the sheep died after lightning strikes. There is no connection to the Kansas, U.S. cattle deaths.

On June 17, 2022, thousands of cattle in Kansas died due to a heat wave. There were many misconceptions about the cause of death of the cattle on social media. A Facebook post from June 2022 contained a video that panned across a field of dead sheep, with the caption, "Last week thousands of cattle dropped dead all at the same time in Kansas. This week hundreds of sheep in Idaho suddenly die. Who is doing this? What is happening?" Many similar posts have connected the video of dead sheep to the event in Kansas.

Through a reverse image search, we found that the video was taken in 2021 in Georgia, Europe. Agenda.ge, a local news outlet, reported that 500 sheep died during a lightning strike on August 12, 2021. According to the report, the incident happened near a village called Tambovka. A shepherd said lightning had struck twice, and the sheep died. The sheep death incident had nothing to do with the heat wave in Kansas in 2022.

Since thousands of cattle died in Kansas in the third week of June 2022, there have been many misattributions and conspiracy theories. One such claim is that it was a deliberate effort to cause a food shortage by the government. However, Logically debunked this claim as there is evidence of recorded high temperatures that led to the mass cattle deaths.

Associated Press News reported on June 2 that according to Idaho wildlife officials, 143 sheep from two flocks of sheep died when they “ran into a steep gully where they were crushed and suffocated” after two wolves attacked them. This incident from southwestern Idaho, in the foothills near Boise, is the only recent news story similar to the claim and it has no connection to the video in question.

A video showing the aftermath of a lightning strike in 2021 is incorrectly claimed to be from 2022 and connected to the heatwaves that have caused cattle deaths. The viral video is from a European country, not the U.S., and thus we have marked this claim as false.