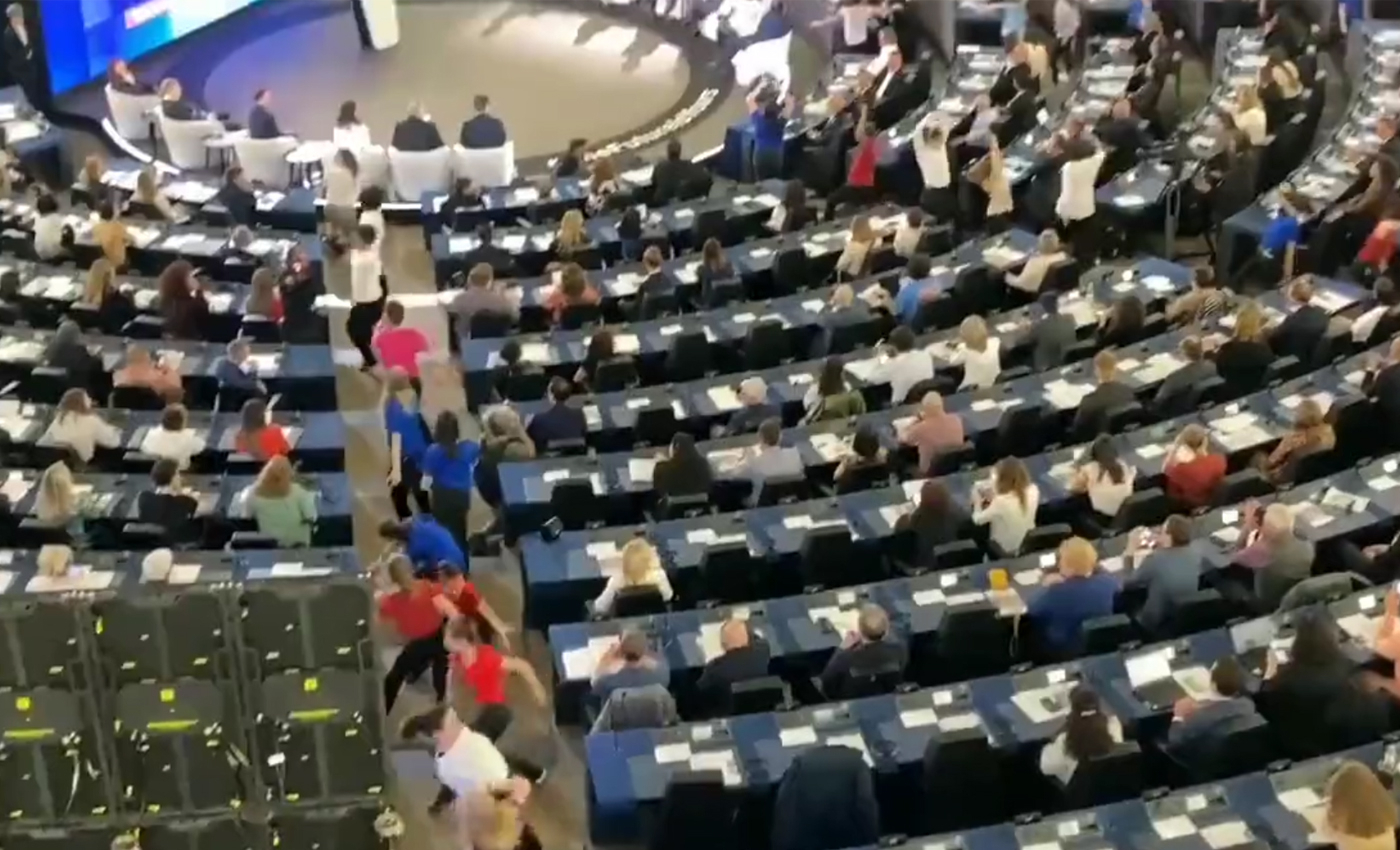 A video of interpretive dance performed during the closing session of the Conference on the Future of Europe is shared with an incorrect narrative.

A viral video shared on Twitter on July 22, 2022, claims that it shows European leaders partying and enjoying live music concerts sponsored by public money. The post read, "At the same time, there are millions of European citizens who are unable to make ends meet because of them. They are our real enemies." The video has garnered over 46,000 views and had generated more than 1,763 likes. The post has been doing the rounds in several anti-government protests that have erupted across Europe against the price hikes associated with rising inflation.

The video in question shows young adults performing an interpretive dance at the European Parliament during the closing session of the Conference on the Future of Europe on May 9, 2022. It was not a live concert, and none of the politicians were spotted dancing and partying. The video has been shared by many users on social media out of context accompanied by inaccurate narratives.

A video of the same interpretive dance during the conference’s closing session was also shared on Twitter by French Member of European Parliament Laurence Farreng on May 9, 2022 with the description, "Beginning of the closing event of the Conference for the Future of Europe under the sign of culture with the choreography "Danse l'Europe" by Angelin Preljocaj."

Politico's European edition also published an image from the same event with a caption stating that it is an interpretive dance performed during the conference's closing session. The description of a YouTube video of the performance uploaded by The Telegraph on May 10, 2022, also stated that young people danced for nine minutes in front of the Europen Parliament to mark the end of the conference.

Though the video is from an event held at the European Parliament, it is shared with a false narrative. The video shared on Twitter does not show European leaders partying; it is an interpretive dance performed by some youngsters. Therefore, we have marked this claim false.