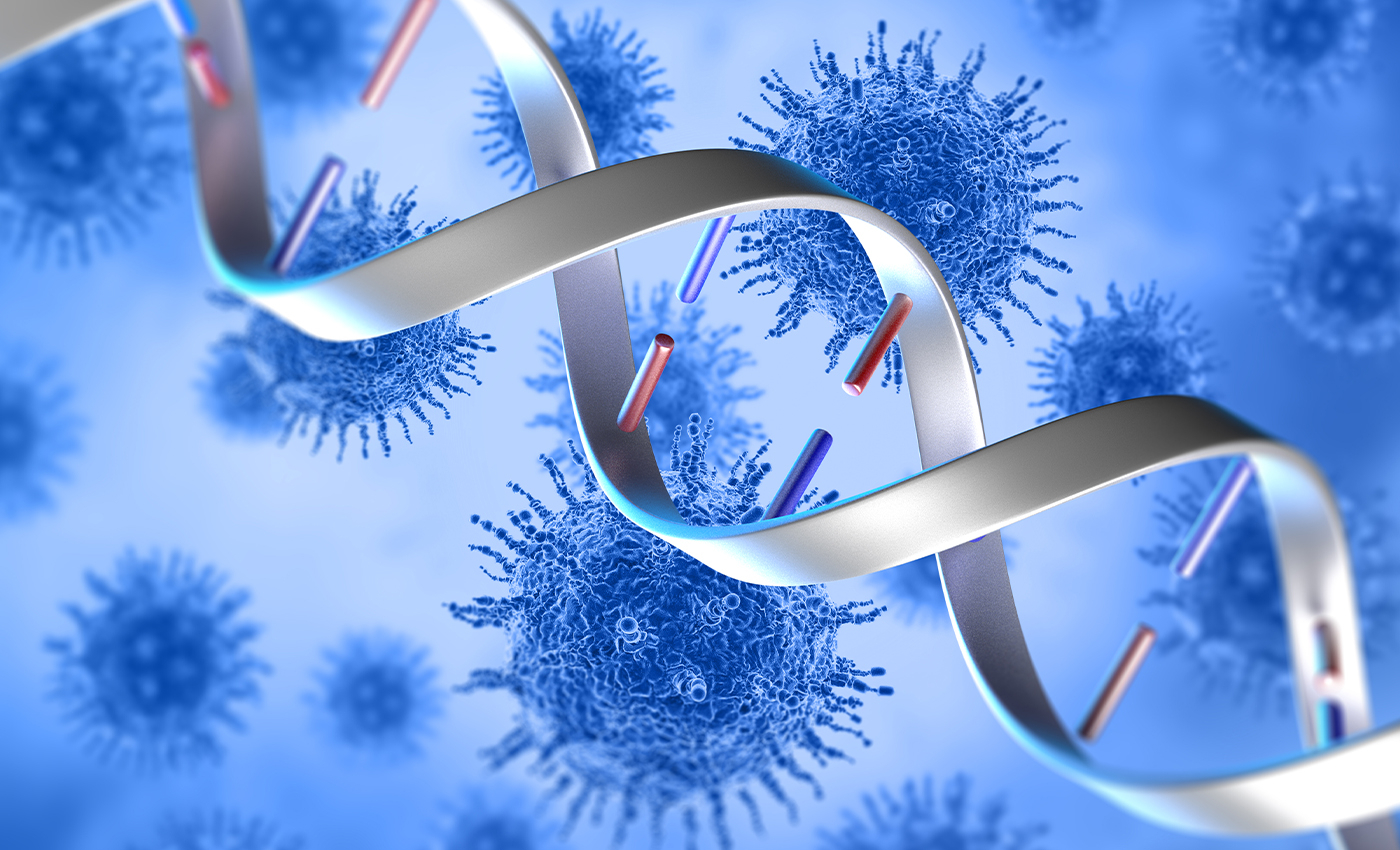 The video shows a discussion on genome-editing technique rather than an mRNA procedure. mRNA isn't even mentioned once in the entire video.

While the world continues to deal with the impact of COVID-19, misleading posts accompanying a 2.17 minutes-long video are doing the rounds over social media spreading misinformation about mRNA COVID-19 vaccines by linking them to a genome-editing technology. One such Facebook post is titled "WEF video from 2015 discussing the ability of an mRNA medical procedure to permanently change the genetics of the subject and its offspring." Similar posts include a screengrab of the video and make references to COVID-19 vaccines. "What do you think they were really doing with all these covid shots?" further asked the post. Such posts aim to instill suspicion and fear in the viewers' minds about the technology used in COVID-19 vaccines.

The 2.17 minutes-long video being circulated on social media begins with the speaker stating, ''So this is a precision tool that now allows us to take this protein RNA complex and introduce it into cells or tissues.''

It appears that the term "RNA" has been erroneously misinterpreted as "mRNA." In addition, we found an extended version of the video,which is 5.25 minutes-long, on the World Economic Forum's official YouTube channel, and the video does not mention “mRNA” even once.

In the video, University of California professor Jennifer Doudna discusses RNA therapies and DNA editing breakthroughs in 2015 at a World Economic Forum(WEF) event. The CRISPR-Cas9 co-discoverer Doudna describes how the technology can alter DNA and offers the possibility of curing human genetic disorders. Professor Doudna has won the 2020 Nobel Prize in Chemistry along with Professor Emmanuelle Charpentier for discovering the gene-editing technique (CRISPR–Cas9).In the video, she says that compared to what a word processor does for writing, the technique allows for modifying genomic code in living organisms. Doudna claims that they discovered Cas9, a protein that can be designed to split double-stranded DNA, repair breaks, and correct genetic mutations.

According to Medline Plus, CRISPR-Cas9 is an acronym for ''clustered regularly interspaced short palindromic repeats and CRISPR-associated protein 9.'' According to the National Human Genome Research Institute, ''the genome is the entire set of DNA instructions found in a cell.'' An individual's genome contains all the information needed for growth and function.

National Cancer Institute defines an mRNA as a particular form of RNA. mRNA molecules transfer the data from the DNA in the cell's nucleus to the cytoplasm, where proteins are made. However, the CRISPR-Cas9 system involves guide RNA (gRNA). Furthermore, mRNA is not even mentioned in the original paper published on the subject in Science in 2012.

Medline Plus notes that ethical concerns are often raised when human genomes are edited using tools like CRISPR-Cas9. This DNA editing technology is being investigated for several diseases, including single-gene disorders, in research and clinical trials. Contrary to claims on social media, only particular tissues are affected by the modifications, which are not transferred from generation to generation unless the gene alterations are in the egg, sperm, or embryonic cells. Only in such cases, may the changes be passed on to succeeding generations.

Thus, it is evident that there is no relation between COVID-19 vaccines and genome editing technology as these two technologies are entirely different. Conspiracy theorists have constantly claimed that COVID-19 vaccines were meant to alter human DNA among other bogus claims. These false claims have been repeatedly debunked by Logically and other independent fact-checkers in the past.

The video is about DNA editing techniques and not an mRNA procedure. Some fallacious social media posts linking this technology to COVID-19 vaccines merely show a small portion of the entire video. The authorized mRNA COVID-19 vaccines do not use the gene editing method being explained in the video. Thus, we mark this claim misleading.

There is high risk of myocarditis in children due to the Pfizer Vaccine.

All the genetic material-based COVID-19 vaccines will be taken off the market.