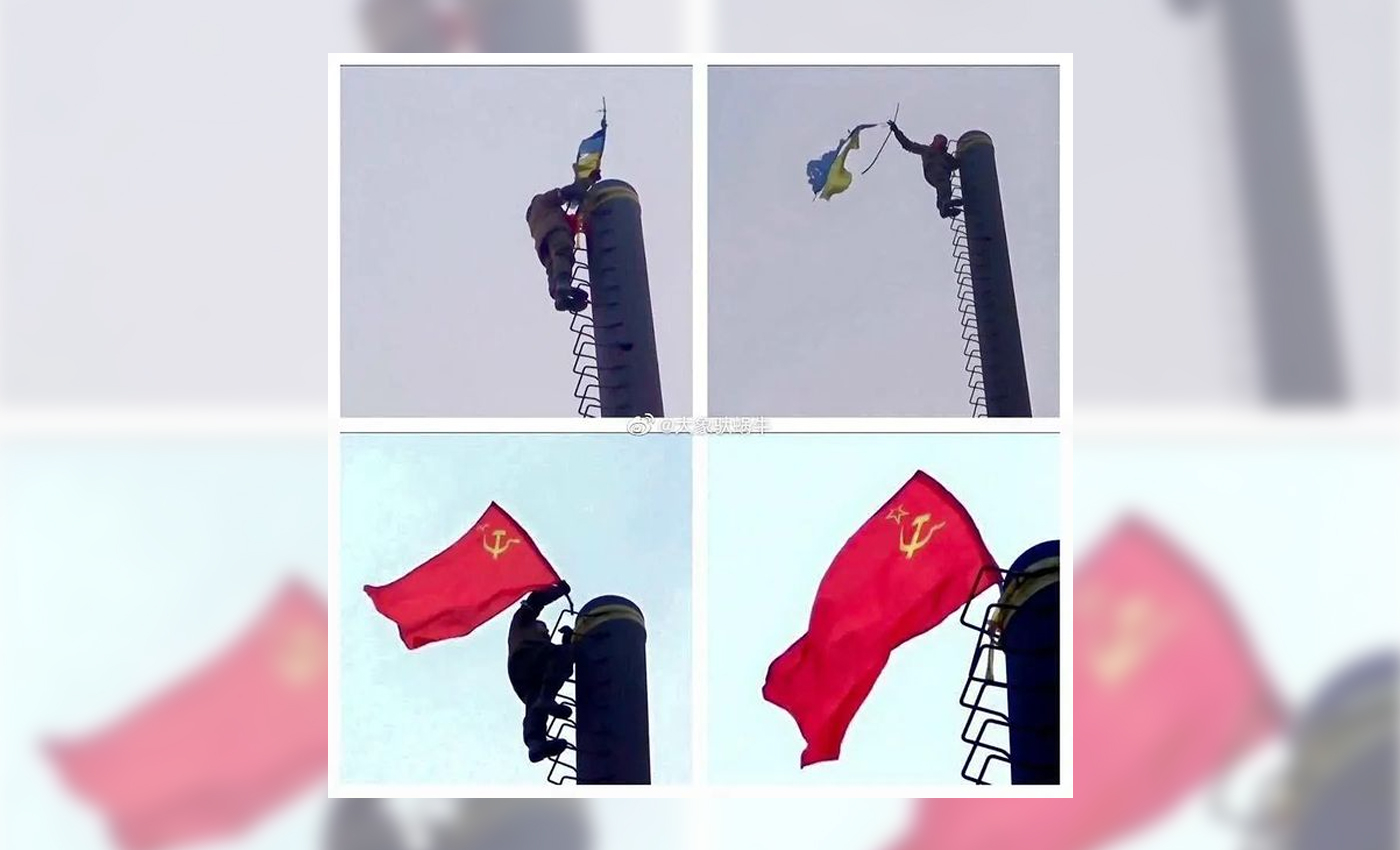 This collage of images has been circulating since at least 2015. It is not related to the recent Russian invasion of Ukraine.

An image circulating on social media contains four photos showing a man removing the flag of Ukraine from a chimney and replacing it with the flag of the former Soviet Union. The image has been shared in the context of Russia's invasion of Ukraine in 2022. However, it has been making the rounds online since at least 2015.

Although the images are not digitally manipulated, they were not taken in April 2022, and therefore are unrelated to the Russian invasion Ukraine. We could not independently verify where the photos in the collage were taken. However, they are similar to screenshots of a video on YouTube uploaded by an account with the name Ghost Brigade on March 3, 2015. The caption reads: "Now this is history, conclusions will be drawn" (translated from Russian).

Another video uploaded to YouTube on March 4, 2015, by a channel named VOXCOMM International, includes the same clip. The caption reads: "Raising the Soviet flag on Donbas," and the description reads, "Prizrak Brigade, Communist militiaman raises the Soviet flag on freed Debaltsevo." According to an article published by BBC News on February 17, 2015, Debaltsevo is a province of the Donetsk People's Republic, an area of ​​Ukraine controlled by pro-Russian separatists, recognized by the Russian Federation but not by the international community.

The New York Times reported that between mid-January and February 2015, a military clash took place in Debaltsevo between the pro-Russian separatist forces and the Ukrainian army, which ended with the latter's withdrawal.

The collage that is circulating contains photos from 2015 and is unrelated to the 2022 Russian invasion of Ukraine. We mark this claim as false.