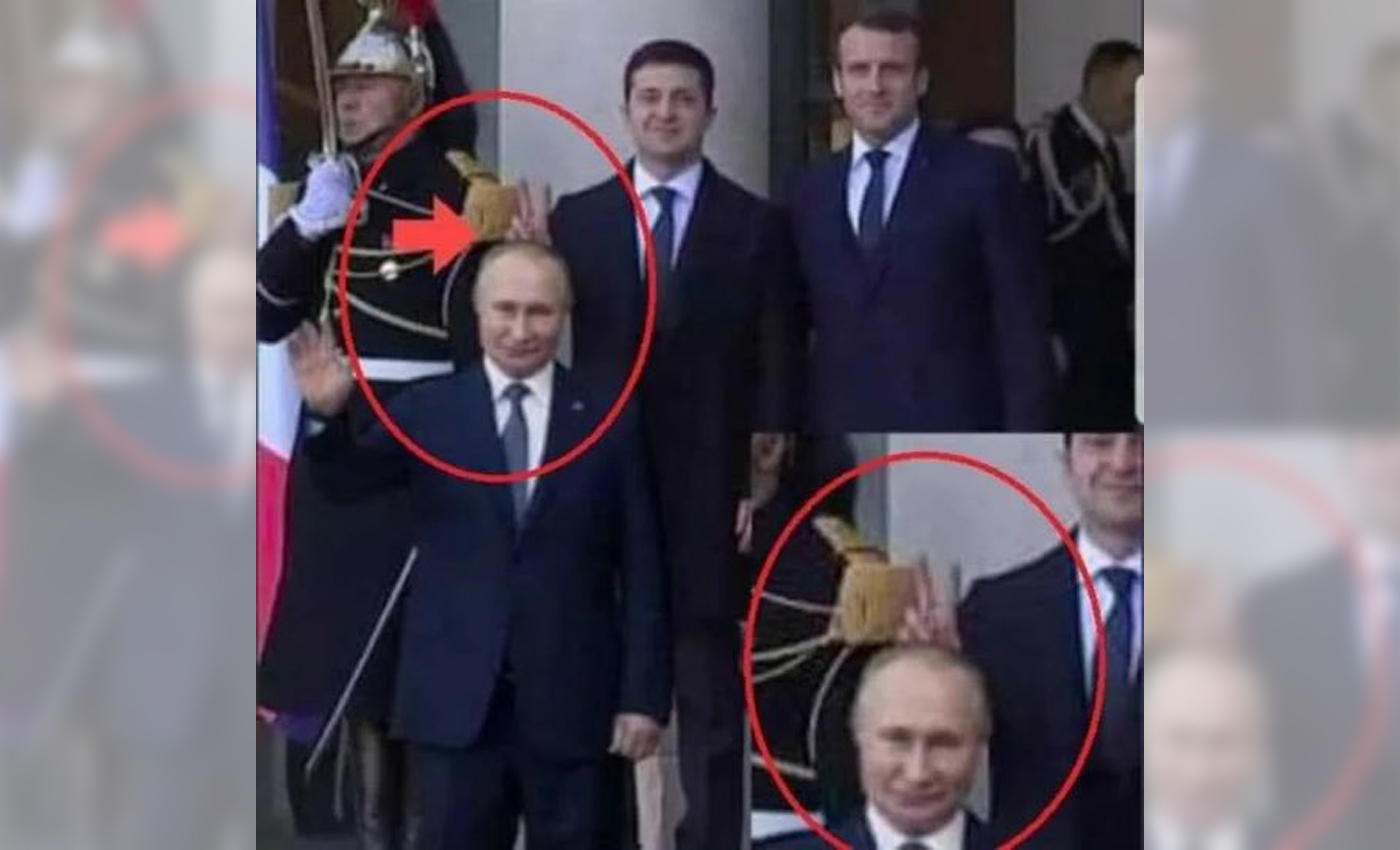 This image has been digitally created using two separate stock images taken during the 2019 Normandy Four Summit in France.

Since Russia invaded Ukraine in 2022, misleading photos and videos have gone viral on social media. In late March, one such image circulated online purportedly showing Ukrainian President Volodymyr Zelenskyy making a V sign behind Russian President Vladimir Putin's head during a photo session with French President Emmanuel Macron. The picture has a caption saying, "HOW IT ALL STARTED," implying this was a motive behind Russia's invasion. However, the image is not genuine.

A reverse image search led us to the original images published by Reuters. It shows Zelenskyy did pose with a V sign next to Macron in Paris at the Normandy Four summit on December 9, 2019, but Putin is not in the same photograph. Another photograph taken at the same event shows Putin with Macron, both waving their hands. These two separate photographs have been combined digitally to create the viral image in question.

According to a report published by Ukraine Crisis Media Center on December 8, 2019, the Normandy Four Summit was held at the Elysee Palace in Paris, France 2019 to discuss settling conflicts in Eastern Europe. All three presidents - Zelenskyy, Putin, Macron, and the German Chancellor at that time, Merkel, took part in the summit.

Further, the summit video published by the Washington Post on December 9, 2019, shows that the picture currently shared consists of two separate scenes. Around 37 seconds into the video, it is visible that Zelenskyy makes the V sign – or peace gesture – when greeting Macron, but Putin is not in the same frame. Around 1 minute 9 seconds in the same video clip, Putin raises his hand in greeting, and Zelenskyy was not standing directly behind him at the time.

France24 also published a video on December 8, 2019, which shows how Putin and Zelenskyy arrive separately and raise their hands for the photographers or make a peace gesture. Therefore, we mark this claim as false.

Oxford is preparing for the New World Order by implementing surveillance road signs.