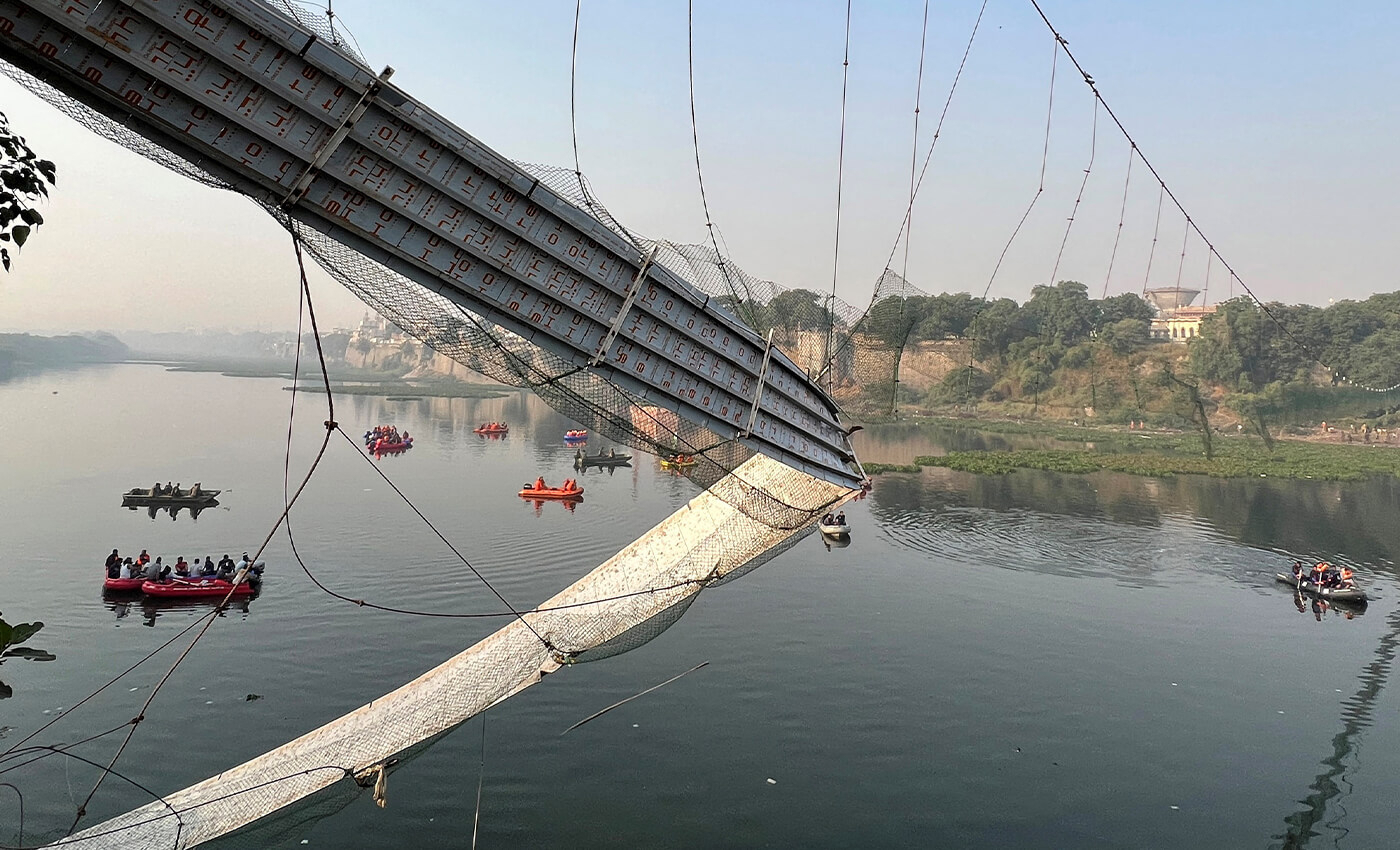 Tweets by AAP political leaders have been shared with false narratives that relate them to the collapse of the Morbi bridge in Gujarat.

A suspension bridge collapsed in Morbi, Gujarat, on October 30, causing multiple fatalities and leaving at least 100 injured. After the tragic incident, social media was flooded with false narratives about the collapse. One claimed the collapse of the Morbi bridge was a planned event orchestrated by the Aam Aadmi Party (AAP). As evidence, users shared a tweet by AAP MLA Naresh Balyan, Uttam Nagar MLA, from Delhi on October 28, which read, "Tomorrow BJP will get a big blow in Gujarat."

BJP leader Kapil Mishra also shared a screenshot of the tweet hinting that the Morbi Bridge collapse could be a conspiracy. His tweet, which comprised screenshots of three other tweets similar to that of MLA Balyan, including Nikhil Savani, Vice president of AAP youth wing, read, "What is the meaning of these tweets a day before Morbi's horrific massacre?"

We found that Morbi Police lodged an FIR against the "bridge management agency." According to a The Indian Express report, the FIR stated that gross negligence and careless act of mismanagement by the agency caused this mishap. Despite knowing the threat to the life of citizens posed by the bridge, the bridge was opened on October 26, due to which the unfortunate incident transpired, the FIR read.

Reuters reported that nine people responsible for the renovation, maintenance, and management of the bridge had been taken into custody. A criminal case has been filed under sections 304 (culpable homicide not amounting to murder), 308 (attempt to commit culpable homicide) & 114 (abettor present when an offense is committed) of the IPC.

According to The Economic Times report, the Deputy Superintendent of Police will investigate. Police have not mentioned any political party's involvement in the incident. The primary investigation is being carried out against the contractor and the management agency.

According to an NDTV report, the bridge in Morbi collapsed due to the rush on the bridge, which created pressure on the old cables. The forensic team found that the massive rush of people overloaded and weakened the structural integrity of the just-renovated cable bridge. The tender for the maintenance of the bridge was given to the Oreva group. The municipal body and the company signed a 15-year contract.

The Gujarat election is around the corner, and all the parties have started their campaigns. Besides the main opposition Congress, Kejriwal's AAP will fight BJP in the upcoming assembly polls. AAP MLA Naresh Balyan has been very active on social media in promoting the Aam Aadmi Party in Gujarat. He regularly shares tweets on the party's development and prospects in the western state.

The precise reason for the bridge’s collapse is currently being investigated, and the bridge management agency is under investigation for mismanagement of structural maintenance. Police have not disclosed any general public or political party connection with the Morbi Bridge collapse incident so far. The AAP MLA's tweet is being shared with misleading claims. Hence, we have marked this claim as false.

An RTI reveals that the Morbi authority spent ₹30 crores for Modi's one-day visit after the bridge collapse.