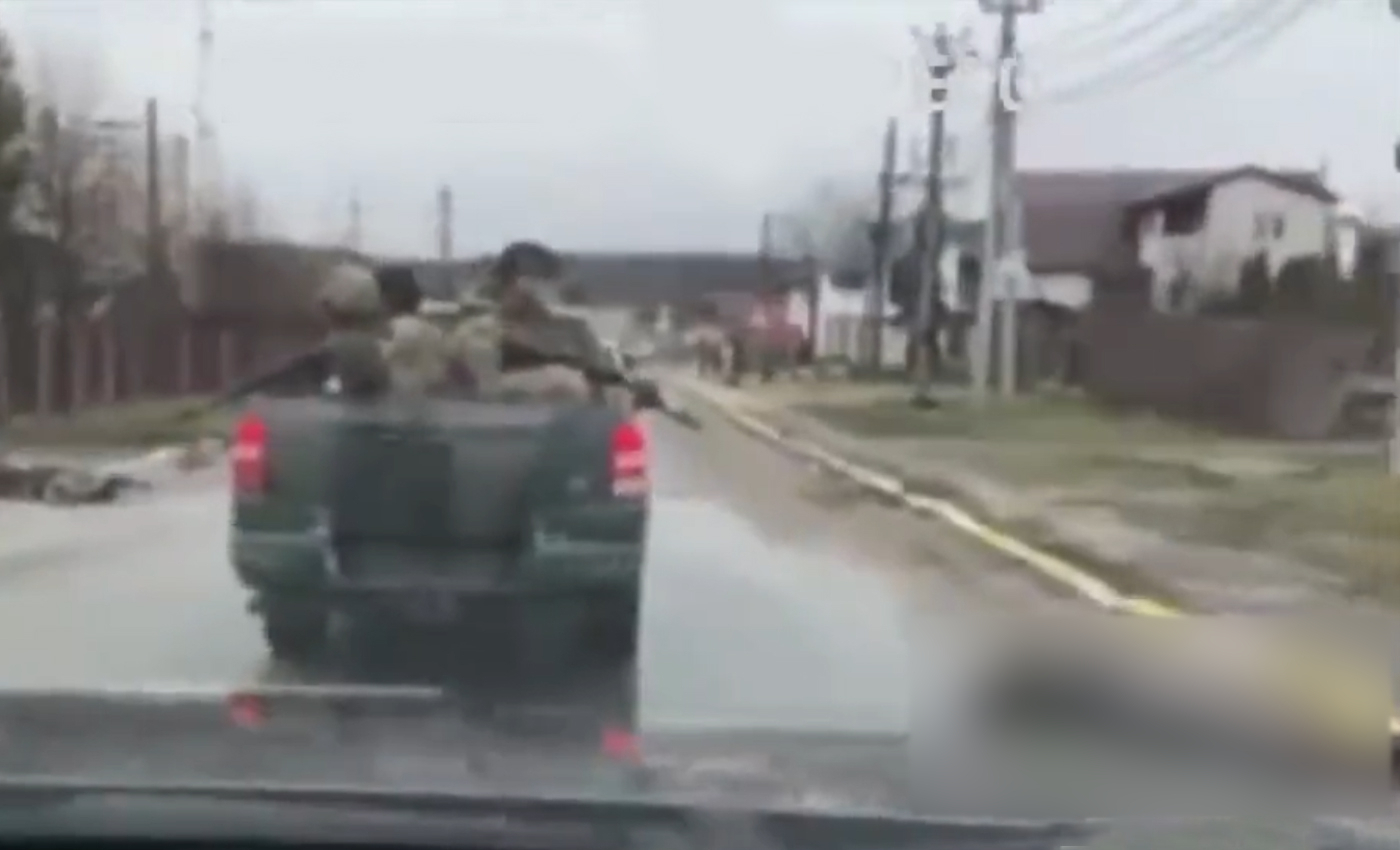 The video that shows a corpse's hand supposedly in motion is, in fact, a mark or glare on the windshield.

On April 2, Ukraine reported that the country's forces had liberated the entire Kyiv region, which was controlled by the Russian Army. After their withdrawal, several journalists traveled to the territory and have shown images of devastated streets with corpses on the ground, including the city of Bucha.

At the same time, some social media users have shared a video filmed from a moving car in Bucha that allegedly shows a corpse on the street moving its hand. Russian officials shared a blurry, low-resolution version of the same footage, taken from Ukrainian media outlet Espreso TV's broadcast on April 2. Russia claims that the people in the video were deliberately laid out to create a dramatic picture. However, the claim is false. The alleged hand movement in the video is not real. It is nothing but a glare on the windshield of the moving car.

On April 3, Belarusian media outlet Nexta tweeted the same video in better quality. It clearly shows a mark across the car's windshield - a drop of water or a speck of dirt that stays in the same spot in the video frame. When the corpse wearing a dark coat comes into view on the right side of the video, the whitish mark seems to be the corpse's hand.

On April 4, BBC Monitoring's Shayan Sardarizadeh highlighted the work of Aurora Intel, an OSINT research group that shared a comparison of the original footage in slow motion. The video is compared with a version of itself in which the colors are inverted. It clearly shows the droplet or the speck on the windshield. BBC News has also pointed out the same, showing the footage in slow motion.

Bellingcat, a Netherlands-based investigative journalism group, published an article on April 4 about evidence-based facts on the Bucha massacre. The article has explained the same claim about the hand movement video, which has been analyzed by several investigators. Also, OSINT specialist and Bellingcat contributor Benjamin Strick referred to other videos of the corpses to make the same point about the distortion.

The New York Times' review of satellite imagery contradicts the Russians' claim that civilians weren't killed in Bucha before Russian forces left the area. The mayor of Bucha, Anatoliy Fedoruk, showed Reuters two corpses with a white cloth tied around their arms. He said that residents were forced to wear them by fighters from Chechnya, a region in southern Russia that has deployed troops to Ukraine to support Russian forces.