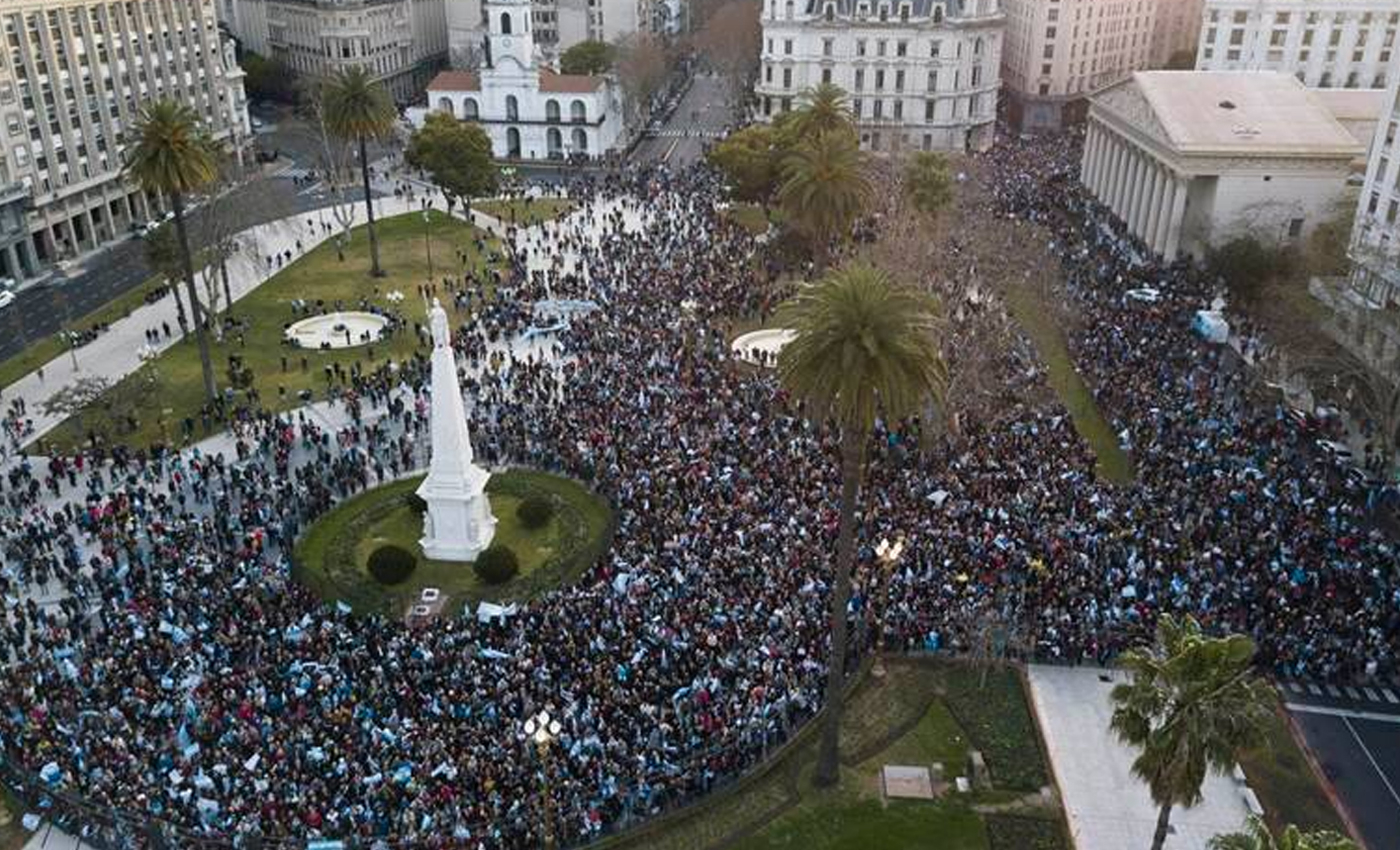 This video has been misattributed. It was taken in 2019 when former Argentine President Mauricio Macri held a rally in Buenos Aires.

Context: A video of a large crowd gathered on the street went viral on social media, claiming that Argentine fans gathered outside Wembley Stadium in London ahead of the CONMEBOL-UEFA cup final football match between Argentina and Italy on June 1, 2022. In fact: On conducting a reverse image search, we discovered that the same viral video was published on the YouTube channel Anibal Figueroa on December 11, 2019. The video caption says, "Thousands of Argentines sing Argentina's national anthem." Seeing this will make your hair stand on end." Also, a similar video was posted on Twitter by user @The Censor86 on October 20, 2019. The caption reads, "Largest political rally since Alfonsin in 1973. What will the media say now about lying to Makri? Nothing lost. If we can take responsibility for every vote, nothing is impossible." AFP Espanol also published a video of a rally where former Argentine President Mauricio Macri held a large demonstration in the center of Buenos Aires eight days before the elections. Reuters reported that on October 28, 2019, Mauricio Macri lost the election eight days after the rally to Alberto Fernandez. The Verdict: The viral video was shot in 2019 at a rally in support of then-President Mauricio Macri before the October 2019 presidential election in Buenos Aires and has nothing to do with the 2022 CONMEBOL-UEFA cup final football match between Argentina and Italy. As a result, we mark this claim as false.