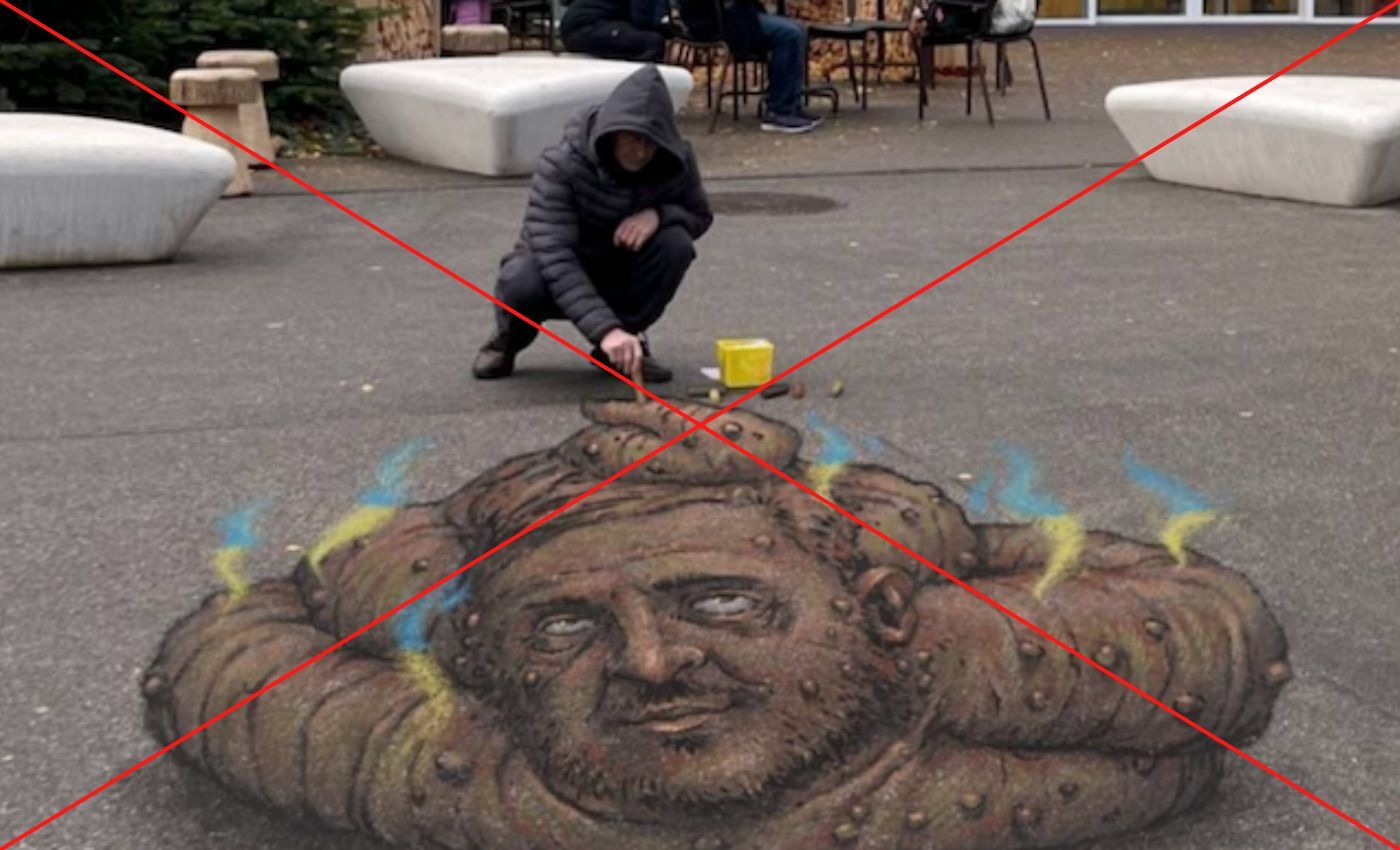 This photograph was not taken in London and may have been digitally altered.

On January 18, 2023, a group named Typical Optical – which describes itself on Instagram as a "not yet famous art-group" from Poland – uploaded a photograph showing Ukrainian president Volodymyr Zelenskyy depicted in graffiti as a pile of excrement. The location of this photo was attributed to London, giving users on Instagram and Telegram the impression it was taken at an unspecified location within the city.

While Typical Optical has a small online following, posts showing their work have recently attracted attention, partly because of the anti-Ukrainian sentiment it communicates.

As previously reported by Lead Stories, the photograph does not show graffiti in London. A reverse image search makes it possible to identify the building in its background as the Lindt Home of Chocolate in Zurich, Switzerland. The placement of a Christmas tree and comparison with geotagged Instagram posts dates the photo as being taken sometime between late November 2022 and early January 2023.

While the stated location is false, it is questionable whether the graffiti shown has been digitally altered. Users on social media have claimed it to be photoshopped; however, while it does appear irregular, Logically was unable to conclusively show this to be the case either with image analysis tools or inspection of its metadata.

It should be noted that previous posts by Typical Optical have been shown to be digitally altered. A post made by the group in November depicts graffiti in Paris showing Zelenskyy swallowing money and gold. At the time, France24 verified with local authorities that the image was faked and no such graffiti had appeared at the location shown. This was further confirmed when the outlet approached an expert in image verification, who stated that the photograph showed signs that indicated it was likely altered.

Logically contacted Lindt Home of Chocolate for comment. While a staff member at the Zurich location did not recall seeing the graffiti, they could not conclusively say whether it had appeared or whether the company had removed it. A company spokesperson later told Logically, "this is a fake. The graffiti has never been there."

The location of this piece of graffiti is not in London. An image search conclusively demonstrates that the photo depicting it was taken in Zurich. While Logically cannot definitively state that the image is digitally altered, a spokesperson for Lindt has stated that no graffiti that matches this image has appeared at their location. This claim has therefore been marked as false.