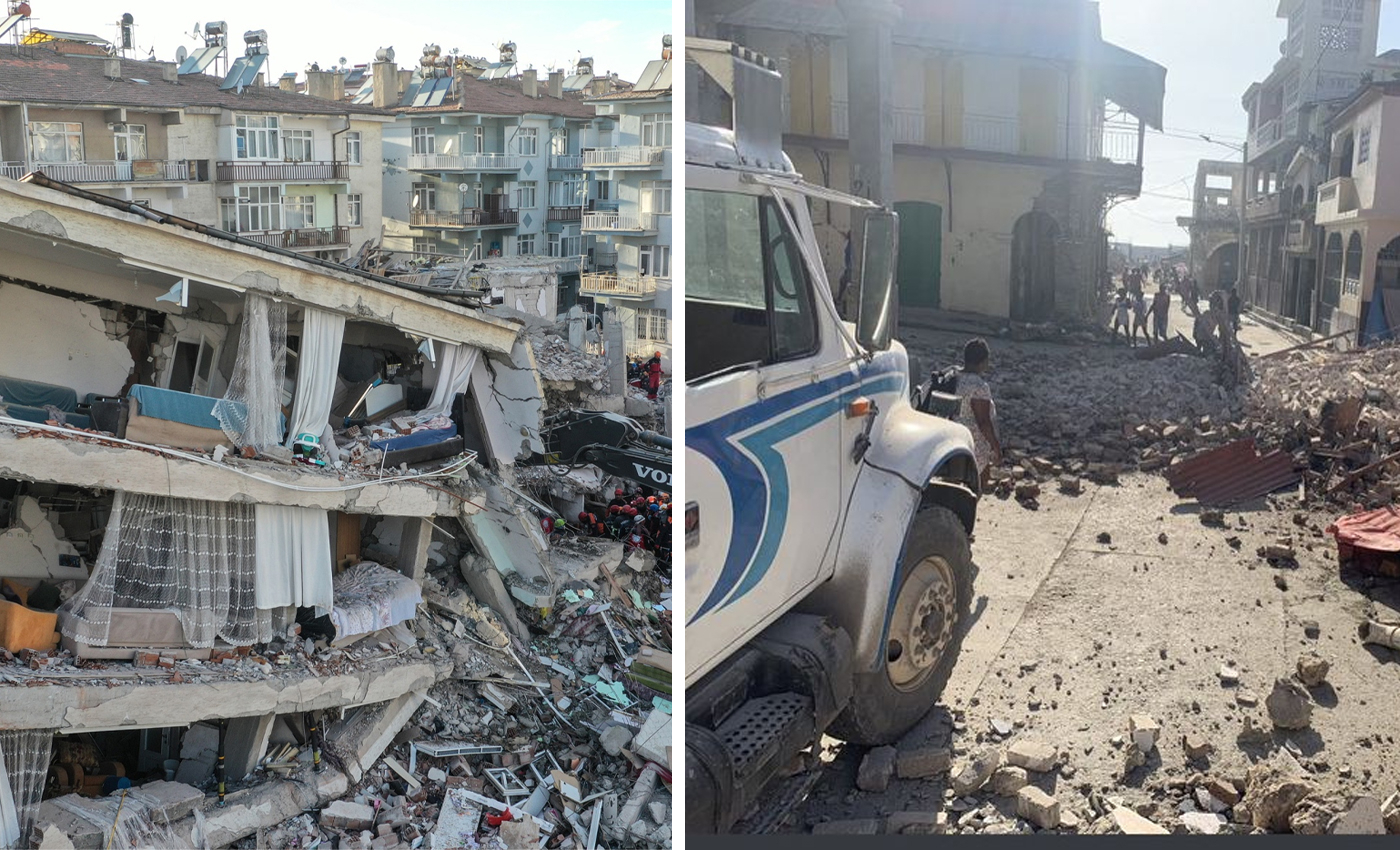 Images depicting damage to buildings caused by earthquakes in Turkey and Haiti were misattributed to the earthquake in Pakistan.

On June 22, 2022, the Afghanistan earthquake left people with injuries, casualties, and infrastructure damage. The effect was also observed in Islamabad and other parts of Pakistan. Following this, misleading and fake images were circulated on social media. On June 22, one such post shared two images showing buildings destroyed due to an earthquake and captioned them, "A massive earthquake of 7.3 MG hit Pakistan today morning, 5 storage building breakdown." However, the images mentioned are not from Pakistan but Turkey and Haiti.

By conducting a reverse image search of the first picture, we found the exact image of the damaged building from the Boston Globe website. The image caption states, "Rescue workers tried to dig through a collapsed building on January 06, 2020, in Elazig, Turkey after a 6.8-magnitude earthquake injured more than 1,600 people and left some 30 trapped in the wreckage of toppled buildings." Therefore, it confirms the image is from Turkey, not from Pakistan.

Further, the Hong Kong Red Cross website posted the same image with the caption, "on August 14, 2021, a 7.2 magnitude earthquake hit Haiti. The earthquake has caused severe damage to infrastructure, including hospitals, especially in Jereme and Les Cayes in the southern part of the country."

According to BBC, an earthquake that occurred on June 22, 2022, killed around a thousand people and injured many in eastern Afghanistan. It also reports that the earthquake hit about 44 km from the city of Khost, and quakes were felt in Pakistan's capital Islamabad, Afghanistan's capital, Kabul, and India.

Images of the damage caused by earthquakes in Turkey and Haiti were incorrectly claimed to be from Pakistan. Hence we mark this claim as false.

Video of cars being damaged by an earthquake that struck Turkey on November 23, 2022.