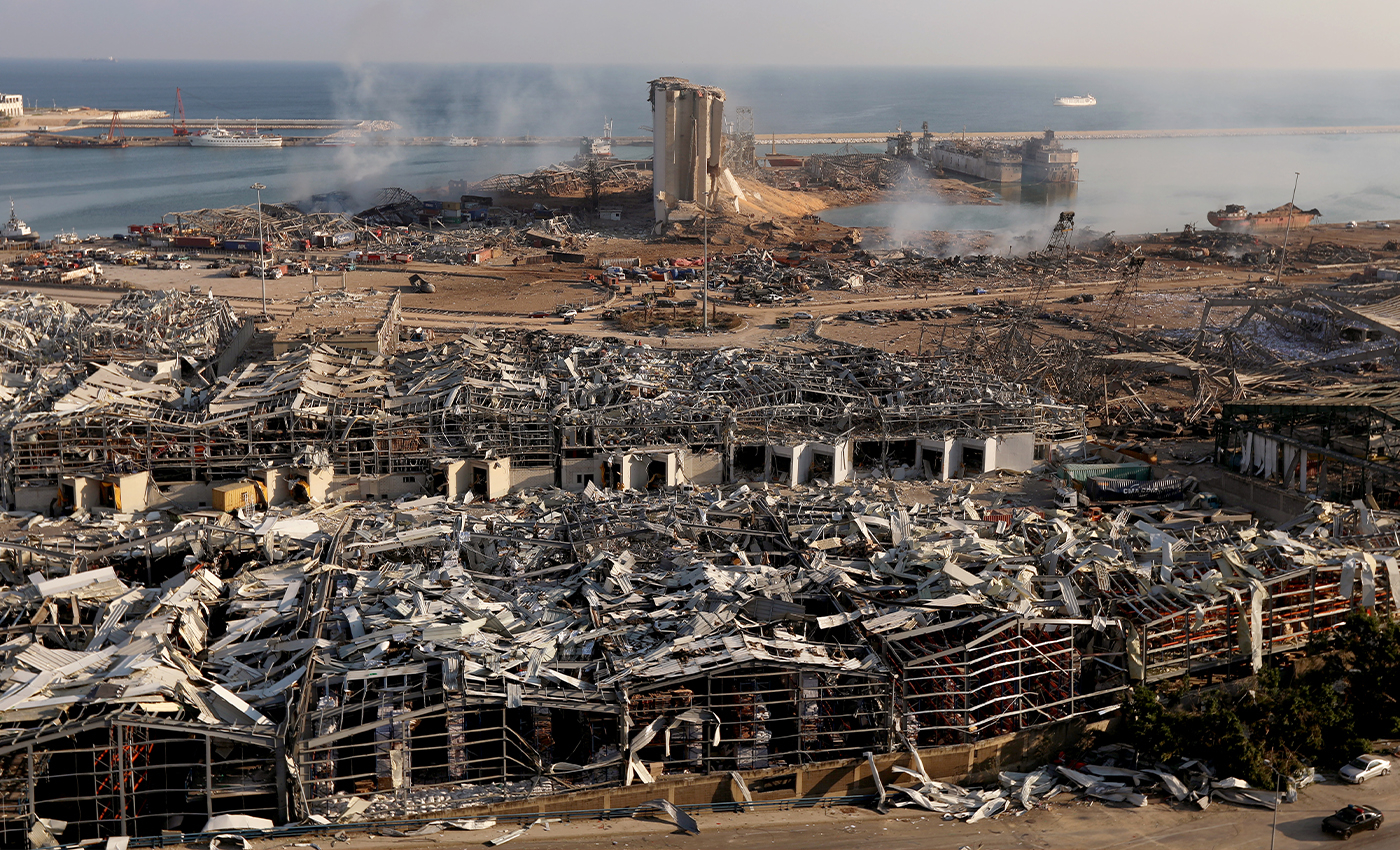 The videos of the explosion captured by the residents does not show any kind of missile striking the port before the blast.

The massive explosions at the Beirut port killed at least 160 people and injured thousands of residents. A viral video circulated on Youtube and twitter claims that a missile struck Beirut's seaport moments before the blast. But, the videos captured by some of the residents do not show any kind of missile strike the port and triggering a blast.

There were also speculations about an Israeli attack on the weapons stored by Hezbollah militant group at Beirut port. However, in a speech on August 7, 2020, Hezbollah's leader denied storing weapons at Beirut port depot. Isreal Prime Minister Benjamin Netanyahu also denied Israel's involvement in the blast.

According to the CNN report, three officials from the U.S Defense Department and U.S Defence Secretary Mark Esper stated that there was no indication of an attack associated with the massive explosion at Beirut seaport.