A juror in the Depp v. Heard case uploaded videos, sharing his account of the defamation trial. 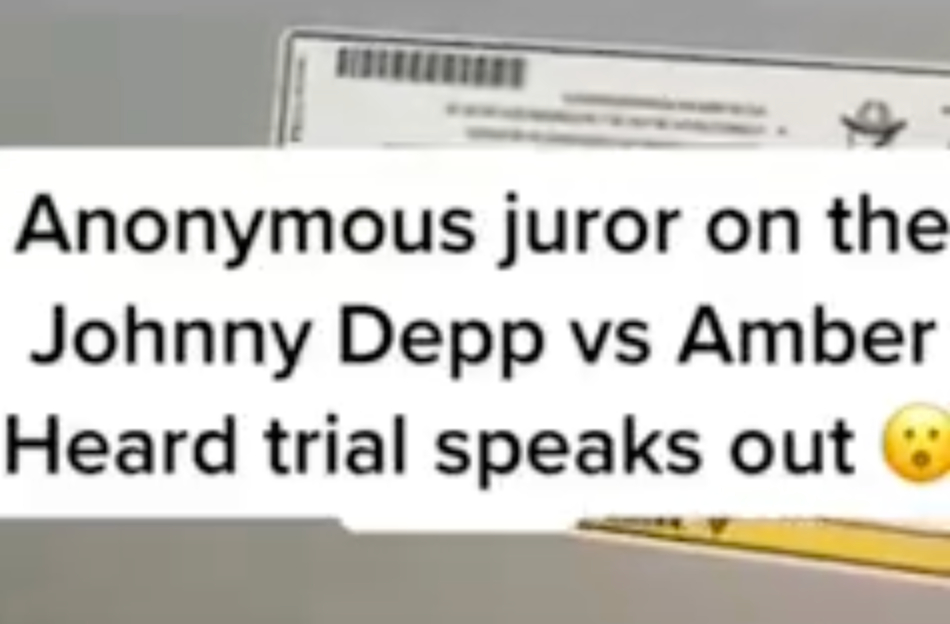 The TikTok user who originally uploaded the videos admitted they were false and issued an apology on his TikTok page.

A number of recent TikTok videos are being shared across social media in which a TikTok user claims to have been a juror in the Depp v. Heard civil defamation trial and recounts his experience. The videos repeat common talking points and criticisms made about Amber Heard over the course of the trial. For example, in one such video, he claims that Heard made extensive eye contact with him throughout her testimony, while Heard’s habit of seemingly addressing the jury while testifying had been a known point of contention in the media coverage of the case.

The videos (of which there are eight in total, though they have now been deleted) were originally posted by TikTok user SeekingInfinite and quickly gained traction across social media, gaining a combined total of over two million views. The videos were shared and reposted by several prominent social media pages, and were even reported on as an ‘exclusive’ by the Daily Mail.

These claims have now been definitively shown to be false. In a video posted on June 9, 2022, the account SeekingInfinite posted an apology for having falsely claimed to be a juror. In the video, the user states that they posted the videos out of what they felt was a desire for attention –– “I’ll be honest, even though this was fake, it’s kind of weird how our mind works… like, when I was getting all the notifications of this going viral… it felt good.”

This is an example of how misinformation around high-profile celebrity disputes can spread, as individuals falsify personal ties to the events or people under scrutiny as a means to make themselves seem important or garner attention for themselves. We have therefore marked the claim as false.

A video of China disinfecting streets for coronavirus and causing a rainbow is circulated on social media.

Amazon has not banned its employees from using TikTok.