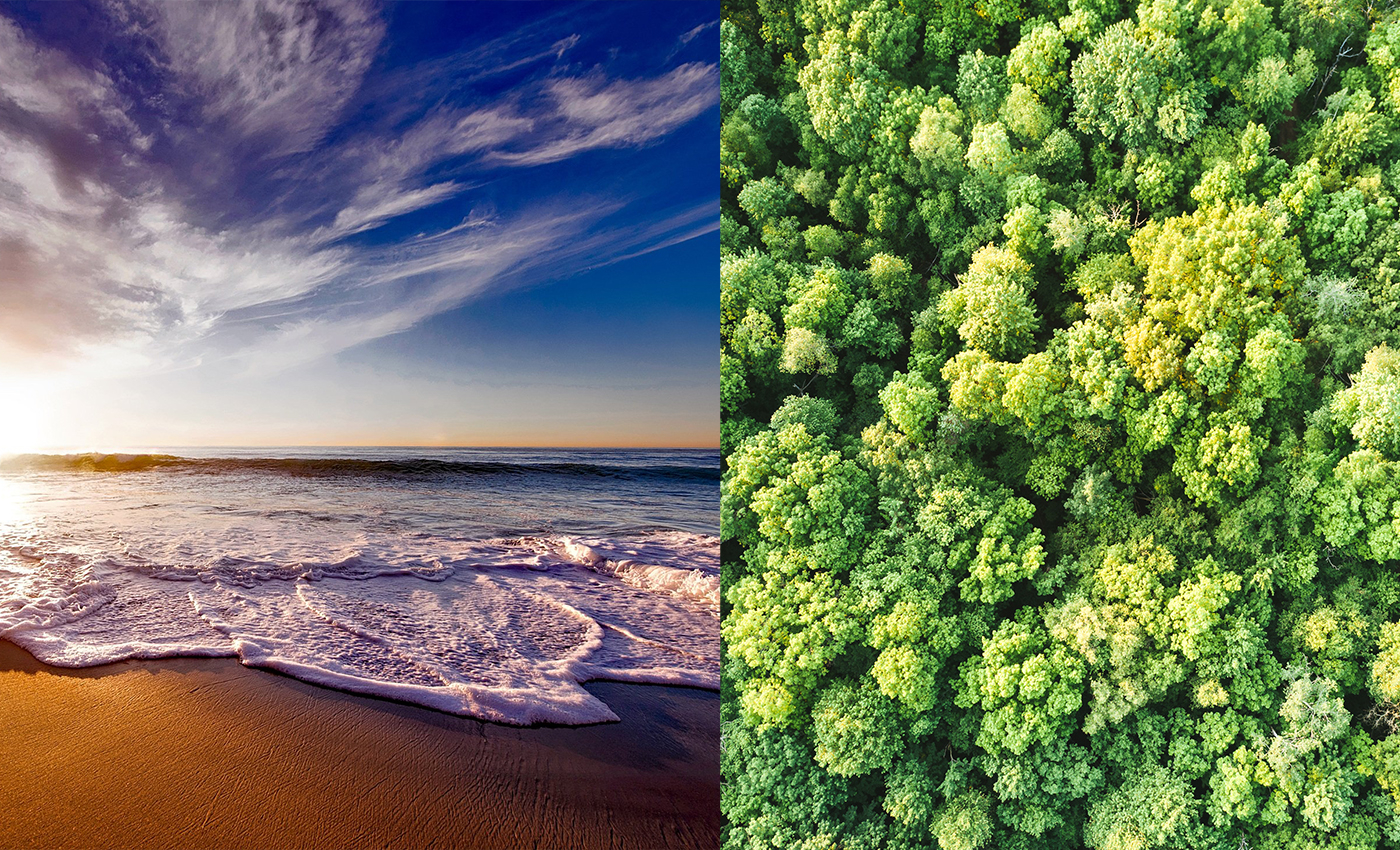 The ocean produces oxygen through the plants that live in it (for instance, phytoplankton, kelp, and algal plankton). Among these plants, phytoplankton produces the most oxygen. According to NASA Observatory, phytoplankton are microorganisms that live in the water. Like land plants, phytoplankton use chlorophyll to capture sunlight, and through photosynthesis, they produce oxygen and absorb carbon dioxide. Phytoplankton is said to consume carbon dioxide on a scale equivalent to forests and other land plants. According to National Geographic, one type of phytoplankton, Prochlorococcus, releases countless tons of oxygen into the atmosphere. Dr. Sylvia A. Earle, a National Geographic Explorer, has estimated that Prochlorococcus provides the oxygen for one in every five breaths we take.

Science Focus calculated the amount of oxygen a person would consume from a tree per year. A mature sycamore tree might produce 100 kg of oxygen a year. A human breathes about 9.5 tonnes of air in a year, but oxygen only makes up about 23 percent of that air by mass. According to the report's calculation, about 740kg of oxygen per year is consumed by one human, which is around seven or eight trees' worth.

The recent forest fires around the world have cut down the number of trees in rainforests. National Geographic cited a study from 2010 that said land plants are responsible for 34 percent of photosynthesis on the planet. However, Yadvinder Malhi, an ecosystem ecologist at Oxford University, calculated these figures in 2019, after the wildfires, and said that the Amazon produces only 9 percent oxygen in the atmosphere.

According to the National Ocean Service, with organisms like phytoplankton producing around 20 percent of oxygen in the biosphere, it is currently higher than all of the tropical rainforests on land combined.