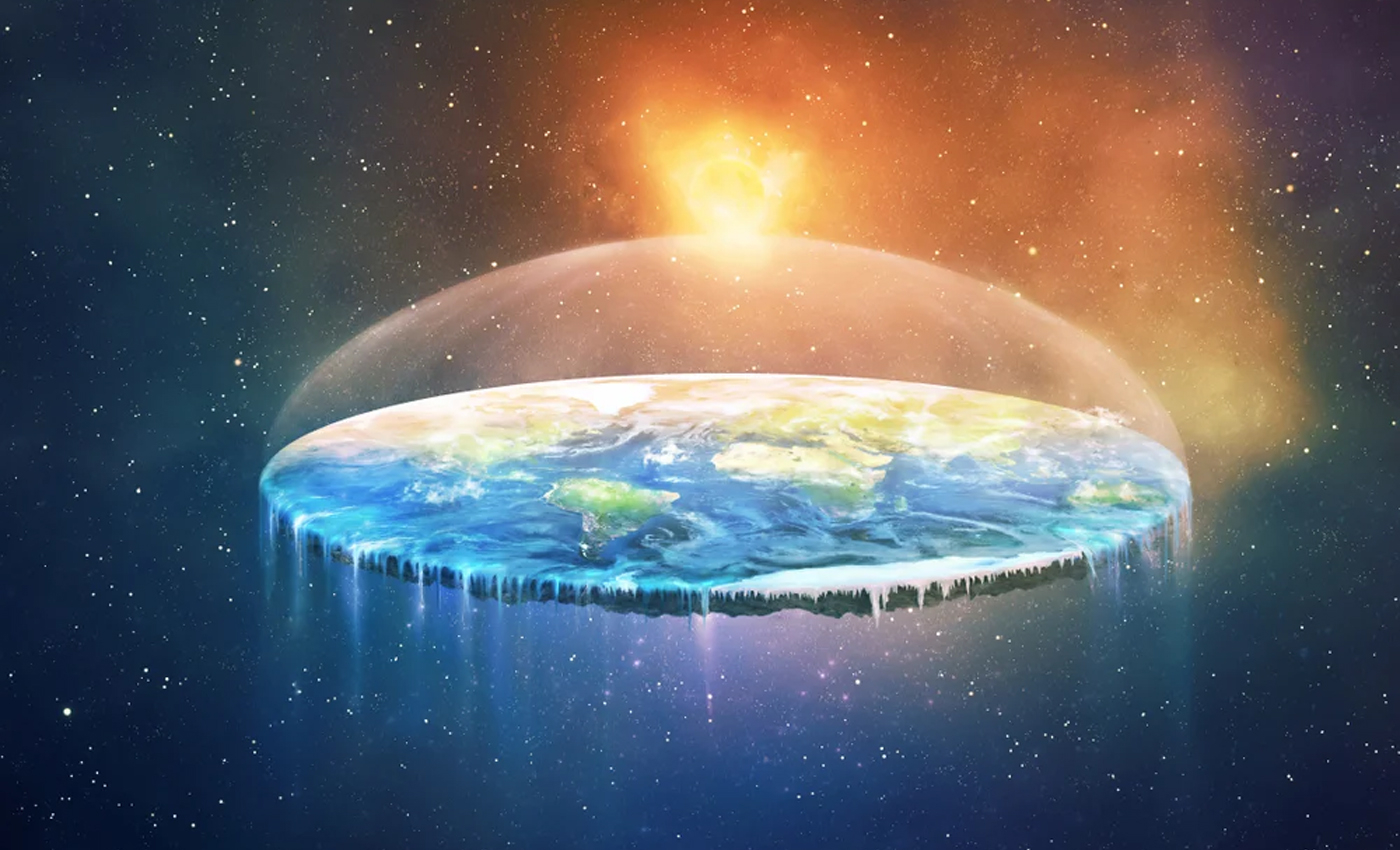 There is no evidence that the world is flat, nor that it was intentionally designed to be difficult but not impossible to detect whether it is flat.

Conspiracy theorist Mark Sargent has created a multi-part series of videos attempting to prove the discredited Flat Earth theory. He separates his theories into "clues" that supposedly prove that planet Earth is flat and that a secret group Sargent calls "The Authority" keeps this from the public. His videos are widely shared on social media, and he has been credited as a significant figure in the modern Flat Earth movement. In part four of his series, Sargent explores the proposition that our planet is managed as a "near-perfect" flat plane covered by a large dome, which he likens to a stadium. His primary argument is that this system was designed to make it difficult – but not impossible – for human beings to understand the actual conditions of their reality. He suggests that, unlike a mouse in a glass enclosure, we do not feel genuinely trapped. Instead, he likens the Flat Earth to a vast nature preserve, where humans barely notice that they are in an enclosed environment. Animals, he maintains, are often unaware they are confined because the area of the nature preserve is large enough to accommodate their needs. Humans, however, are curious as a species and inevitably will come to see the supposed truth of the Flat Earth. He cites the films Dark City, The Truman Show, and The Village as examples. Further, Sargent expresses the belief that the challenging conditions of sea travel, air travel, and the perils involved in accessing Antarctica are evidence of a Flat Earth designed to keep us contained within, and that "The Authority'' introduced the globe model to obscure the truth.

The Flat Earth theory has been debunked countless times. In this video, Sargent does not provide evidence, concrete or otherwise, that the Earth is actually flat. Instead, he speculates about human and animal psychology from a theoretical standpoint. All of the phenomena he mentions about the various frontiers, such as the seas being filled with salt water instead of freshwater or the cold temperature of Antarctica that make passage difficult, are not evidence of a design to keep people away and are explainable natural phenomena. The poles are cold because of their distance from the equator, meaning they receive far less sunlight than other parts of the planet. They also reflect light from their icy white surfaces. The coldness and remoteness are natural functions of geography, not evidence of a designed barrier to keep people from seeing the edge of a flat world. The salinity of the ocean is caused by rain dissolving rocks that carry salts and minerals into the oceans via rivers, as well as hydrothermal vents which expel minerals from the ocean floor. There is no evidence that this salinity was part of a design to make ocean passage difficult for humans who need potable water.

There is no evidence that our world was designed as a nature preserve or that the world itself is flat. All scientific evidence points to the world being an oblate spheroid.