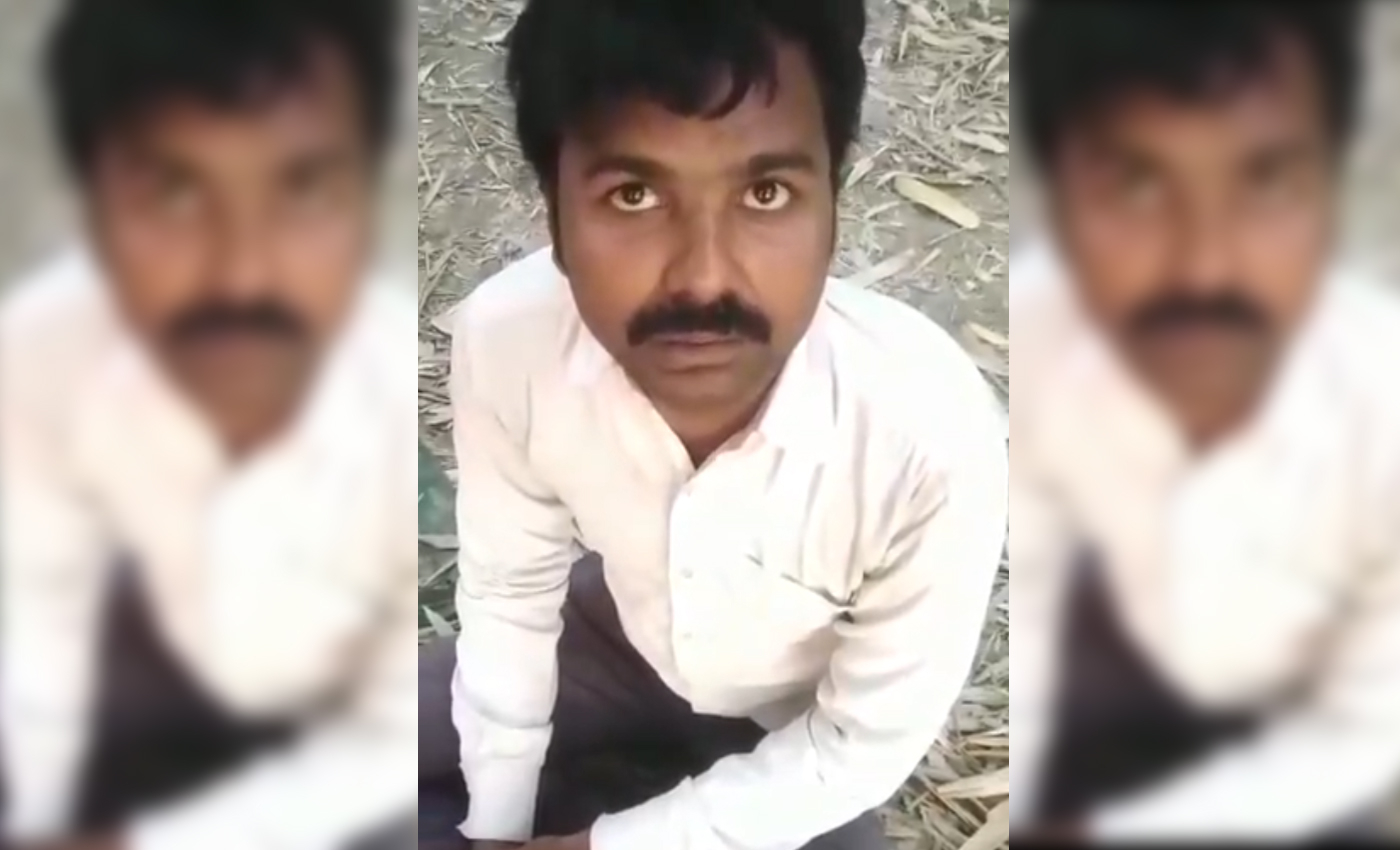 The attack on Khaleel Alam Rizvi is over money borrowed in the name of providing a job. Samastipur police ruled out hate crime and communal angle.

A video of a man being assaulted before he was killed for allegedly consuming cow’s meat went viral on social media earlier this week. The video was shared with different captions alleging that Hindu extremists killed a Muslim man over cow slaughtering in Bihar, a state in the eastern part of India. However, this is incorrect. Police in Bihar’s Samastipur area have confirmed that the attack was due to an altercation over money taken in return for job placement assurances.

On February 19, a half-burnt body was found near Burhi Gandak river at Vasudeopur, Samastipur district, Bihar. The victim was later identified as Mohammed Khaleel Alam Rizvi, a member of the youth wing of the state’s ruling political party, JD(U). A police officer confirmed that the body was set on fire before being buried in the sand.

Local police confirmed that the victim’s family had filed a missing person’s complaint on February 16, 2022, after Rizvi went missing. The victim’s family reportedly said they received threat calls demanding money of around ₹5 lakhs for Rizvi’s safe return. The Hindu reported the victim’s family stating that the callers threatened to sell Mr. Rizvi’s kidney upon the family’s failure to pay the ransom.

A couple of days after the body was discovered, a video went viral on social media where Khaleel Alam Rizvi can be seen pleading with the assailants with folded palms. The assailant, who appears to be behind the camera, can be seen assaulting Rizvi when he admits to consuming cow’s meat. However, we could not verify when or where this video was shot. There have been many instances of cow vigilantes assaulting and even killing people over allegations of consuming or transporting beef in the past few years, leading many to attribute similar reasons for Rizvi’s murder.

In 2017, a Hindustan Times report quoted Bihar's animal husbandry minister Pashupati Kumar Paras stating that "The Bihar government will not allow any new slaughterhouse in the state. Besides, a ban on cow slaughter will be enforced vigorously." However, there is still some confusion on whether a total ban on cattle slaughter is legally valid as a loophole according to a 1955 law that permits the killing of a cow, buffalo, or bull that is more than 15 years old or diseased, reported Hindustan Times, citing government officials.

The video of Khaleel Rizvi being assaulted was also picked up and shared by a columnist named CJ Werleman. Werleman’s post on Rizvi’s video read “This Muslim man - Khalil Alan - pleads for his life, before a Hindu lynch mob murders him and burns his body in Bihar, yesterday.” He has been previously called out for posting old videos and sharing false narratives.

Samastipur Superintendent of Police Hriday Kant, speaking to The Hindu on February 23, 2022, said that the killing of Khaleel Rizvi occurred over issues related to money, and that out of the five accused, three have been arrested. The accused reportedly claimed that Khaleel Alam had taken money from them by promising a job in the Indian Railways. The Police further noted that the video was shot and circulated on social media to foment communal tension and also to divert the attention of society and police from the real reason for the incident." FIR has been registered by the Musrigharari police against an Instagram handle of a person named Anurag Jha for trying to spur communal tensions.

With the police stating that the killing of Khaleel Alam Rizvi was over a job promise and with the date of origin of the video of Rizvi being assaulted by purported cow vigilantes not available, a communal angle in the killing of the 34-year-old can be ruled out. However, it is still unclear whether the police have taken the assailants from the video into custody for questioning.