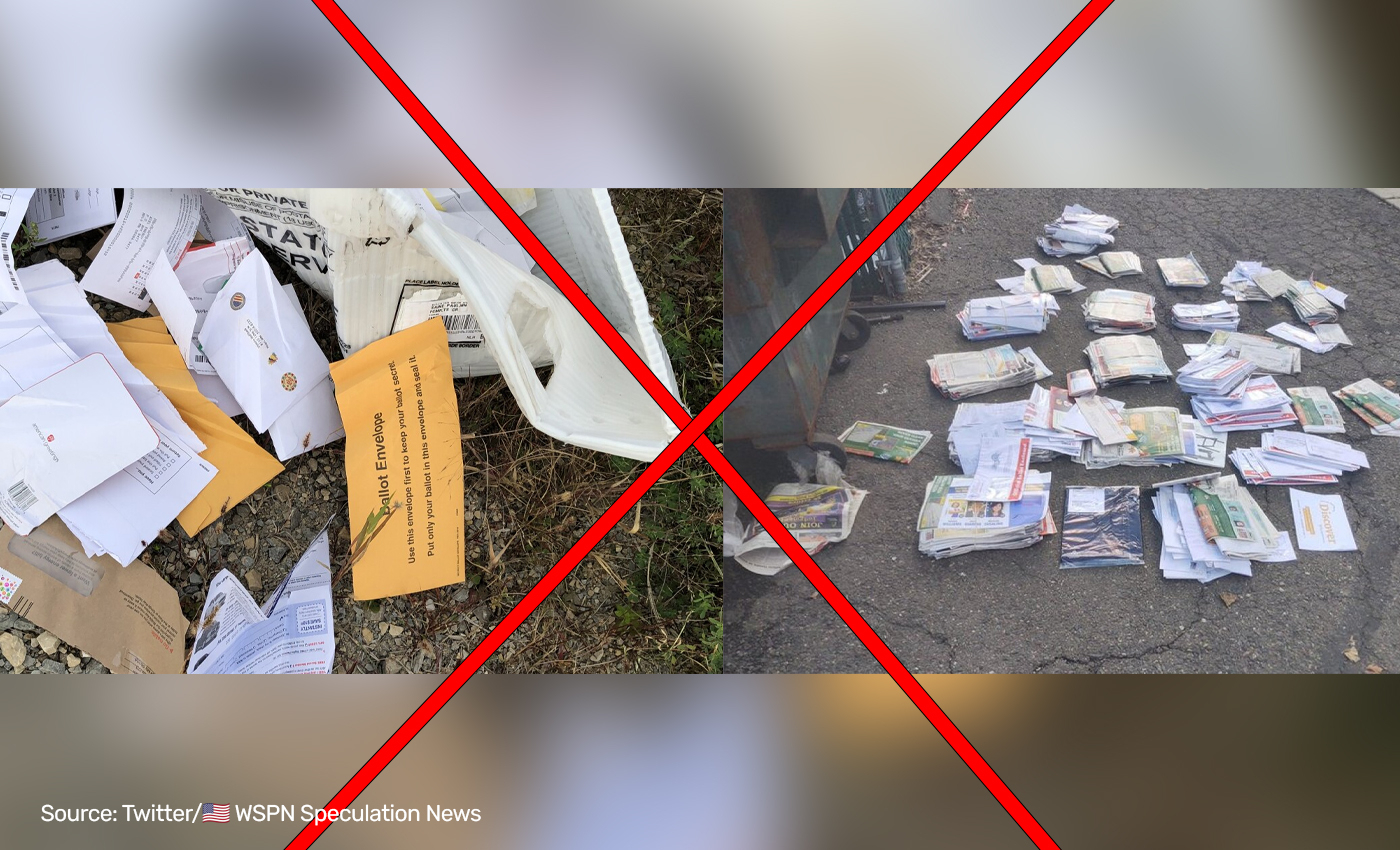 The images are originally from 2020 and 2021, wrongly linked to the 2022 Midterm elections. The claim originated on a satirical Twitter account.

On November 10, 2022, a Twitter account named "WSPN Speculation News" shared two images of alleged ballot papers abandoned by the side of the road. The tweet accompanying the images reads, "ELECTION22: From L.A. County California, to Chavez County New Mexico, garbage collectors report finding thousands of midterm ballots in trash at hundreds of locations." The claim has been retweeted almost 6,000 times and has also been shared on Facebook. However, the content circulated without the necessary context, which includes false information.

On conducting a reverse image search of the two images featured in the Speculation News tweet, we found the image on the left, which appears to show envelopes scattered by the side of a road, published in an NBC 26 article on February 20, 2021. According to the article, numerous mail ballots were found in a ditch in Greenville, Wisconsin, in September 2020, a few months before the 2020 presidential election. The article notes that the state's election officials said no Wisconsin ballots were reported missing in the mail. However, one ballot intended for Minnesota is visible in one of the photographs.

The image on the right was not taken in 2022 either. The same image was published by CNN as early as October 2020. According to the article, the shot shows mail, including some ballot papers, found in a dumpster in Arlington, New Jersey. On October 7, 2020, the Department of Justice released a statement explaining a U.S. Postal Service carrier had been arrested in Hudson County for discarding correspondence, including 99 general election ballot papers intended for residents of West Orange, New Jersey. Another press release from the Department of Justice on May 27, 2021, said that the carrier pleaded guilty to one count of desertion of mail.

None of the media outlets reported that garbage collectors have allegedly found thousands of ballots for the 2022 midterm election in the trash. Speculation News is a parody account, stating in its profile, "Speculation News, because it's all made up anyway."

There is no evidence to support the claim that thousands of ballot papers were illegally disposed of during the November 8, 2022, midterms. The images shared online are two years old. Therefore, we have marked this claim as false.