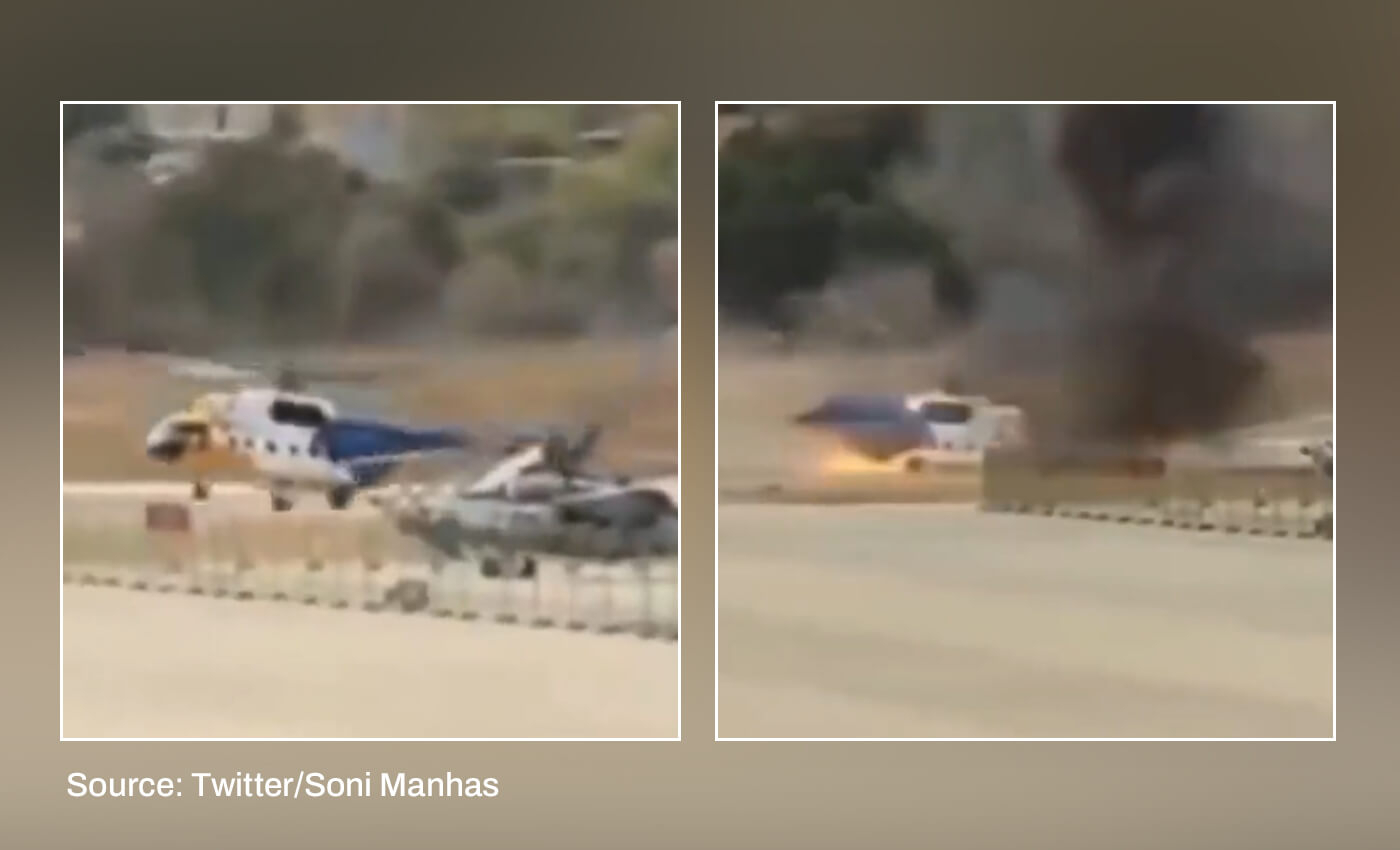 A video of a helicopter crash was posted on social media alongside the claim that it depicts the disaster in which a group of Kedarnath pilgrims crashed in Uttarakhand's Rudraprayag on Tuesday, October 18. According to a report by NDTV, the six-seater helicopter Bell 407 (VT-RPN) was taking pilgrims from Kedarnath temple to Guptkashi when it crashed into a hill near Garud Chatti owing to poor visibility. All seven people on board, including the pilot, were killed in the crash.

However, the footage in question is unrelated to the Kedarnath chopper crash. On running a reverse image search on the keyframes of the video, we found an extended version of the viral clip on YouTube, published by a channel called Aircraft Crash News on August 16, 2018. The video showed the entire crash and the aftermath. The video is titled "Mi 8 helicopter crash during air show in Russia". It carries a caption stating that this incident occurred at the Gidroavisalon 2014, a hydro air show held in Russia's Gelendzhik in September 2014. It also adds that the chopper is a Mil Mi-8 Hip utility helicopter belonging to the Russian PANH helicopter airline.

We found the same clip on a different YouTube channel published on September 5, 2014. The caption also identified the scene as a Mi-8 crash in Russia during the Gidroavisalon airshow in September 2014.

Using keywords, we searched for related reports and found an Independent aviation website called Interstate Aviation Committee. A September 4, 2014 report carried no photos but described a crash similar to the one in the YouTube videos. The report stated that two people were killed and one was injured in a Mi-8 RA-24255 crash in Gelendzhik town in southern Russia. The investigation concluded on April 10, 2015.

The actual visuals of the Kedarnath crash show that it took place in the countryside on a hill rather than an airfield. It is clear that the video circulating on social media claiming to show the Kedarnath crash is actually from 2014 and shows a helicopter accident in Russia.

Several fake visuals have spread online since the Kedarnath crash. One photo of a helicopter on fire in mid-air has spread on Twitter with similar claims. The official Twitter handle of the Navnirman Hindu Sena Parishad and BJP leader PN Pathak are among those who have shared the image. However, on conducting a reverse image search, we found that the photo was uploaded to the image hosting website iStock on March 24, 2015, with the caption, "Ground view looking up at a helicopter exploding mid-air stock photo." We found several news sites using the photo as a representational image for reports on helicopter crashes, such as the Deccan Herald, in a May 2020 article on a Russian military helicopter crash. While we could not find the original source of this photo, it is clear that it does not show the Kedarnath chopper crash.

A video of a helicopter crash in Russia in September 2014 is being inaccurately linked to the air crash in Kedarnath on October 18. Therefore, we have marked this claim false.

This video was taken by a Yeti Airlines air hostess just before the recent crash in Nepal.