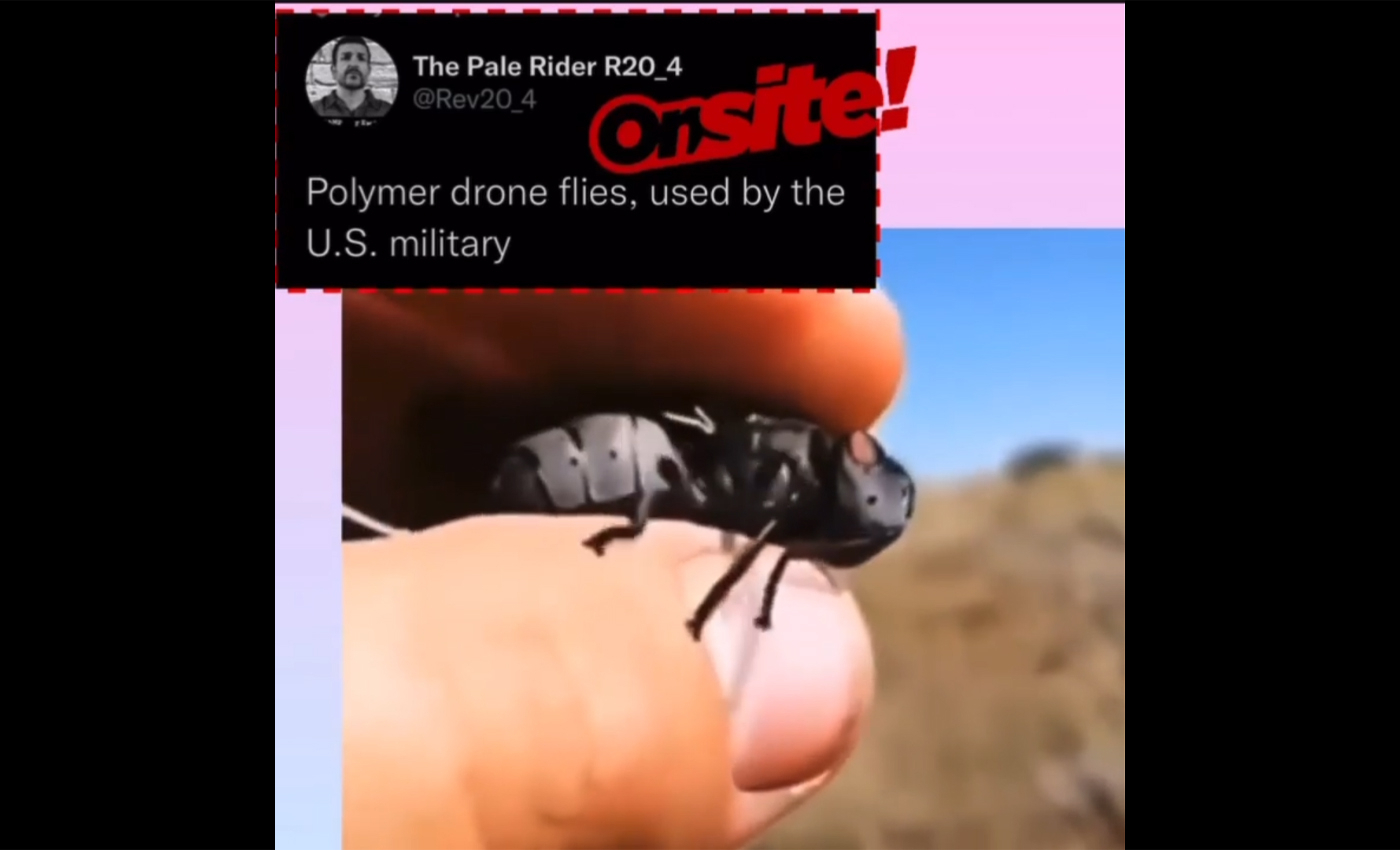 The viral video does not show insect-sized drones used by the U.S. military. It is actually a type of botfly or a warble fly named Cuterebra ruficrus.

A video showing a large fly is shared online, accompanied by a caption claiming that it is one of several "polymer drone flies" used by the U.S. military. However, this claim is unsubstantiated.

The fly seen in the viral video is a type of botfly called Cuterebra ruficrus. According to an article by Veterinary Centers of America, Cuterebra is the genus name of the North American rabbit or rodent bot fly. Twenty-six species of Cuterebra are found in the U.S. and Canada. They can also be found in Mexico and the neo-tropical regions.

Washington State University reported that these bot flies are among the few real insect parasites and adult bot flies are usually large and often resemble bees. They infest their hosts through nasal passages or other moist body openings, including wounds. The report also contains the image of the fly, which looks the same as in the viral video.

iNaturalist, a New Zealand website that records observations of species, has published images in which we can compare the fly in the video and a photograph of a Cuterebra ruficrus taken by Mexican photographer George Crowdy Pollock in 2019. The image resembles the insect seen in the viral video.

An article published by DroneDJ on June 18, 2021, states that the U.S. military has ordered the development of Micro Air Vehicles (MAV), the bug drone, whose shape and flapping wing movements will replicate insect flight. The elite Air Force Research Laboratory (AFRL) has partnered with innovative prototype specialist Arion Health LLC to create a model for insect-sized microdrones. The agreement between the AFRL and Arion calls for the latter to deliver a functional prototype sometime in 2022.

Although the video in question does not show a polymer fly drone, insect-sized drones really do exist. A video uploaded by Military TV on February 5, 2022, shows the "Black Hornet" drone, which is less than 7 inches long. It weighs less than a tenth of a pound. However, they cannot move and act like real bugs - at least not yet. The creation of devices with flapping wings has not been achieved yet - it is under development.

This video has been circulating on social media since at least 2021. The natural insect-like movement indicates that it is not a drone. Hence we have marked this claim as false.