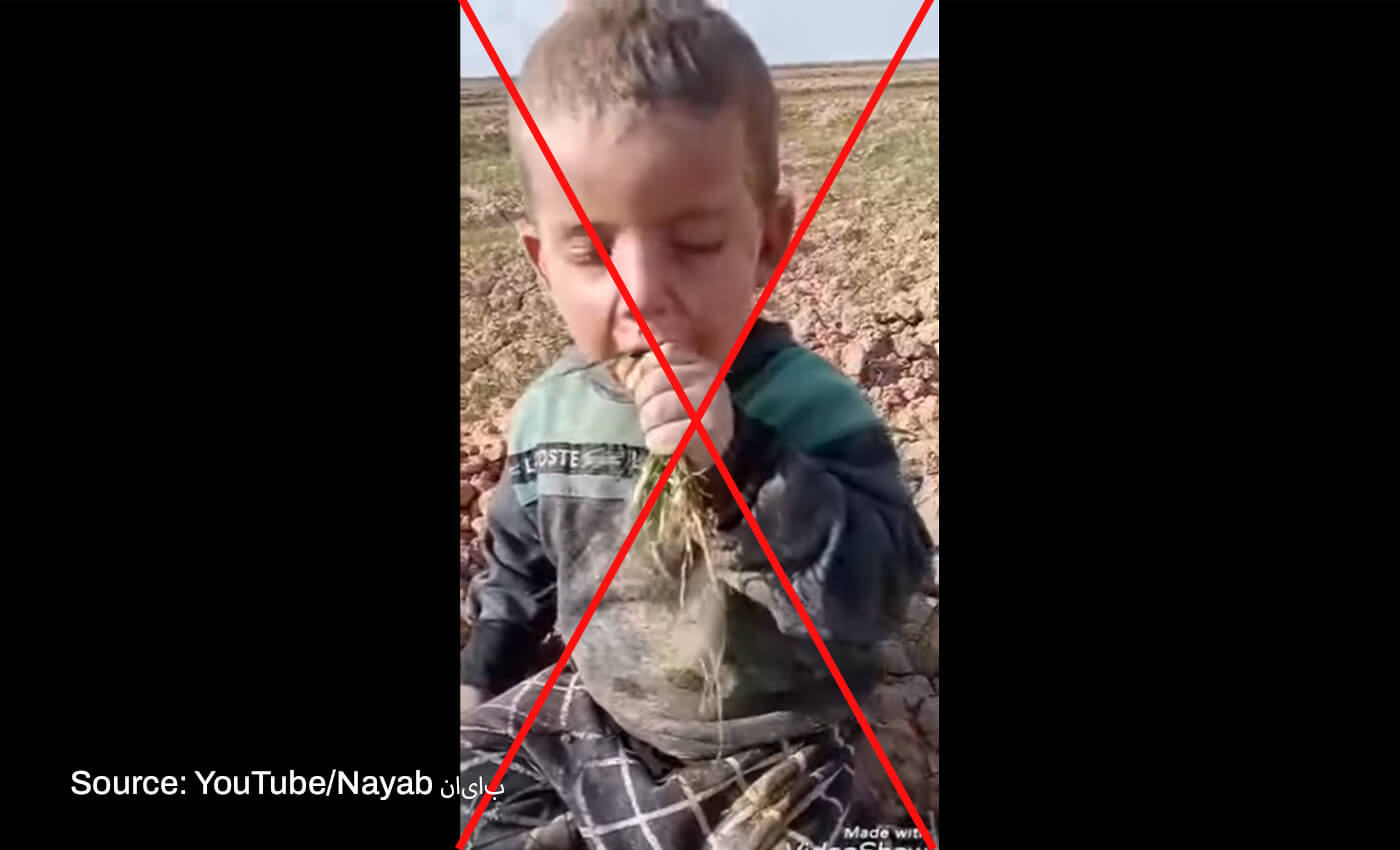 The viral video has been on the internet since at least February 2022 and is unrelated to Pakistan's recent floods.

Since June 2022, heavy rains and melting glaciers have caused major floods in Pakistan. Bloomberg reported that at least 1,391 people were killed due to the floods, and several thousand have been injured and displaced as of September 7. While countless people struggle to find food and shelter amid the floods, a rather bizarre video supposedly from Pakistan has started making the rounds on social media. A video where a child can be seen eating grass has been widely shared on Facebook and Twitter, claiming that "Due to flood, people are not getting even 1 meal, innocent children are forced to eat grass."

The video in question has also been shared with the same captions in Punjabi and Arabic languages. A reverse image search and a keyword search led us to a corresponding video published on the YouTube channel named "Nayab" on February 25, 2022, with the caption "Syrian Child Eating Grass."

We found the same video also on a YouTube channel named "C'ronaldo Fan's," uploaded on February 27 with the caption, "Ukraine boy eating grass because of war." Both videos were published before the monsoon rains hit Pakistan. However, we were not able to find the place of origin of the viral video, but it is clear that it is unrelated to the recent floods in Pakistan and was captured much before the travesty hit.

Another crucial detail in the viral video is of the boy sitting on what appears to be dry land, and there are no indicators of flooding. A considerable amount of media reporting on the Pakistan floods includes wetland and water imagery in the videos, ranging from destroyed crops, makeshift shelter and furniture.

NASA's Earth Observatory report states extreme monsoon rains have drenched Pakistan since mid-June 2022. They have led to the country's worst flooding in a decade. The effect of the monsoon rains has been compounded by the melting of Pakistan's 7,000 glaciers fueled by climate change. On August 30, the Pakistani government declared a national emergency and called for international aid for humanitarian relief efforts with the United Nations Office for the Coordination of Humanitarian Affairs.

Although the flood situation in Pakistan is dire, the video in question does not showcase a scene from recent time. Hence, we have marked this claim as misleading.