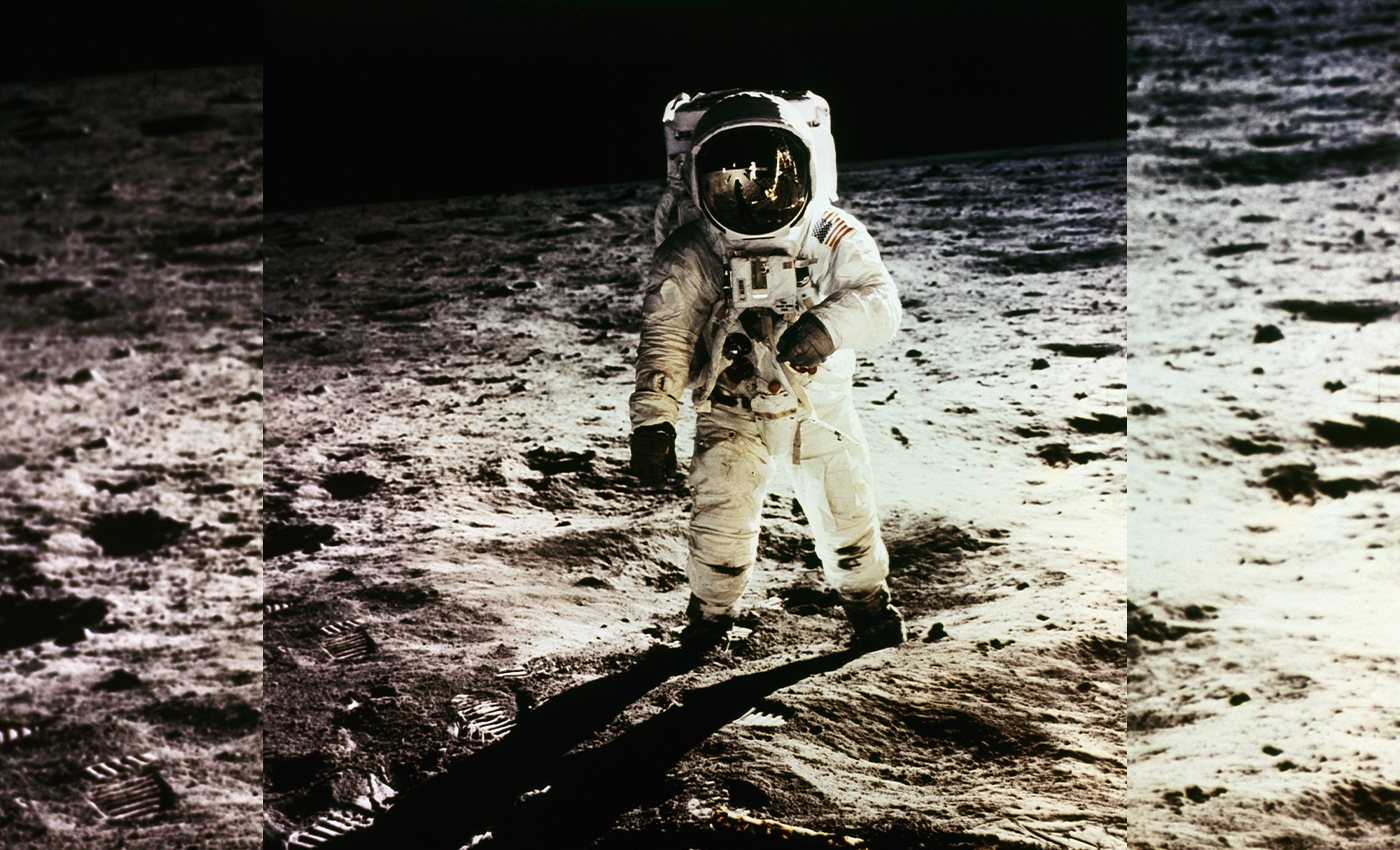 Official documentation of the Apollo 11 mission proves that no extraterrestrial aliens were seen on the moon.

Apollo 11 is a well-known spacecraft that helped land humans on the moon for the first time in 1969. Notable astronauts Neil Armstrong and Buzz Aldrin were a part of this mission. Since the moon landing, there have been many conspiracy theories spread about the event. A recent Facebook post linked an article published by a non-credible website named Revealed (alienstar.net) that stated extraterrestrial aliens were the reason the mission ended.

The Revealed article is based on documents by Will Tompkins, an alleged aerospace designer who worked with TRW, an automotive company that worked with NASA on the Apollo missions. The article has many claims, such as how there was a navy space program called "NOVA" and how the astronauts saw aliens when they landed on the moon. Non-credible and conspiracy theory websites have frequently discussed the same topics and provided no substantial proof.

Will Tompkins wrote an autobiography called Selected by Extraterrestrials. His book talks about how he worked with NASA, the U.S. Naval intelligence, and Hilter's UFO program. He claimed to have "extraordinary memory," which gave him the chance to work with NASA. According to the book, by using their psychic powers, extraterrestrial creatures kept the Apollo mission on track and set the course for the naval space exploration program. None of Tompkins' claims have been proven by credible sources.

The Revealed article quotes Tompkins, who said that the astronauts sighted aliens in spaceships and were told to return to Earth. NASA has archived communication lines and photographs from the mission; none mention aliens. In 2014, there were claims about Aldrin seeing aliens once they landed on the moon; however, they were debunked later. Aldrin claimed that he saw an unidentified object moving outside the spacecraft, but NASA later clarified that Aldrin saw the sun reflecting off a panel from a scrapped part earlier in the flight. David Morrison, a senior scientist at NASA, said, "I just talked to Buzz Aldrin on the phone, and he notes that the quotations were taken out of context and did not convey the intended meaning."

Space.com, a space and astronomy news website, also published footage of what Armstrong saw when he landed the spacecraft on the moon. According to the video and audio recordings, "Armstrong could see that his automated aim point was on the rocky northeastern flank of the 620-foot-wide (190 meters) West Crater. That was not a great landing spot, so the astronaut took manual control and flew horizontally, searching for a safer place to touch down." There is no evidence of aliens in any of the footage.

The mission of Apollo 11 was to land on the moon and return to Earth. Additional objectives of the mission were scientific exploration, deployment of a television camera to transmit signals to Earth, as well as deployment of a solar wind composition experiment, seismic experiment package, and a Laser Ranging Retroreflector. According to NASA, the astronauts collected lunar surface samples and photographed the moon's terrain. After completing the mission in eight days, the astronauts returned to Earth. The mission ended on July 24, 1969, when the spacecraft crashed into the Pacific Ocean.

NASA has not listed Tompkins as a crew member. He claimed to have worked with TRW, which he claims designed the Apollo 11. However, Northrop Grumman, an aircraft engineering corporation, built and designed the spacecraft. TRW developed a guidance system in 1969 for NASA. According to NASA's Lunar Module documentation, Tompkins has not been mentioned by TRW regarding the guidance system design at all.

Claims by Tompkins are baseless and provide no scientific evidence of aliens. NASA and many other credible organizations have documented the Apollo 11 mission, which does not mention aliens. Therefore, we have marked this claim as false.