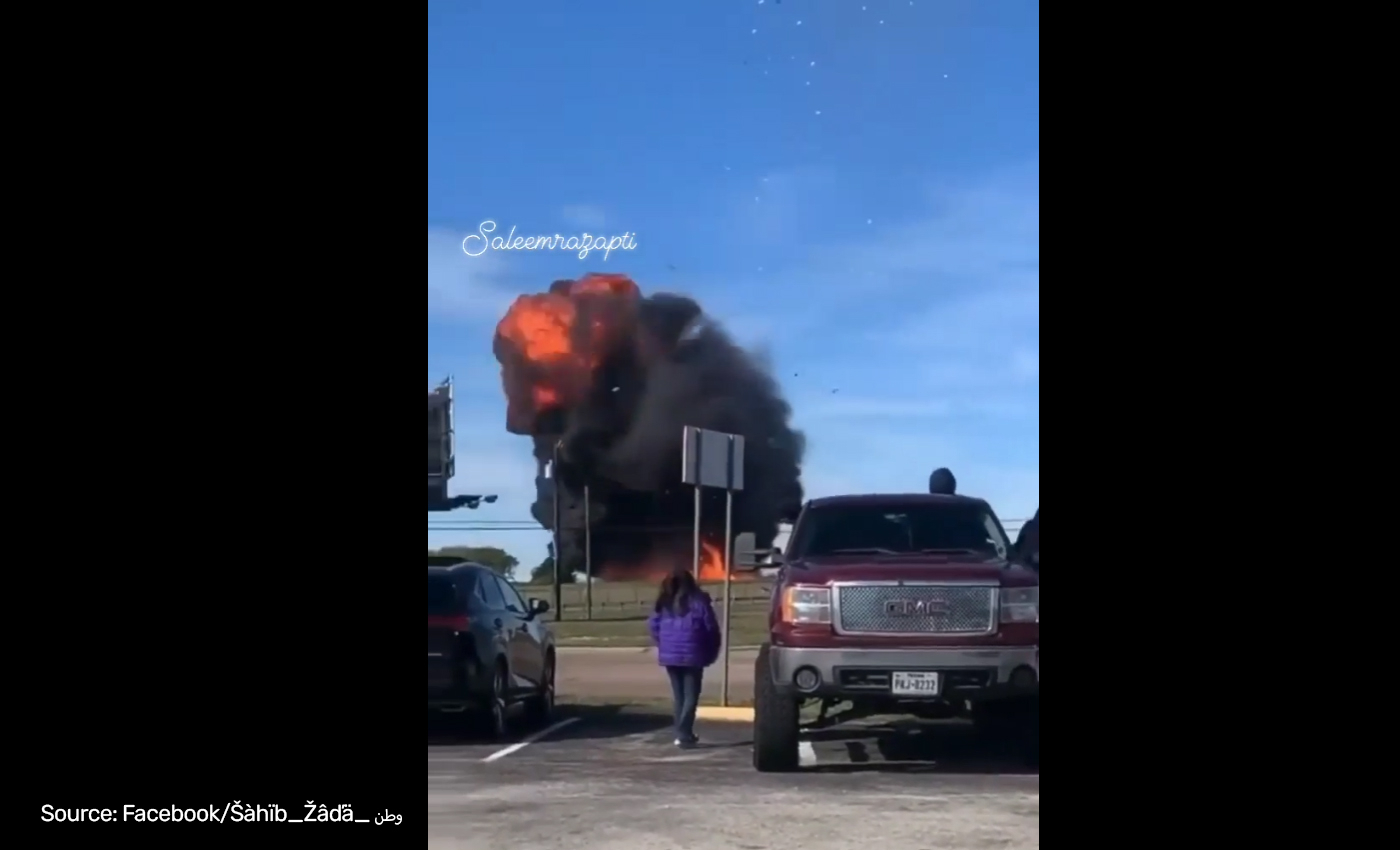 Images and videos of two planes crashing at an air show in Dallas have been falsely linked to the recent bomb blast in Istanbul.

On November 13, 2022, a bomb exploded on Istiklal Avenue in the Beyoğlu district of Istanbul, Turkey, killing at least six people and leaving several others wounded. Following the incident, a 15-second clip of two large planes colliding midair, leading to a big explosion on their crash, was shared as footage from the Istanbul blast on Facebook. The caption accompanying the video read, "Sad news, a huge explosion in Istanbul, the capital of Turkey, two large planes collided and destroyed." Also, some users shared images of the explosion from the same incident on Twitter and Facebook, claiming it to be scenes from the Istanbul blast.

On conducting a Google reverse image search using screengrabs from the video, we found a slightly zoomed-in version of the viral video uploaded on YouTube by NBC 6 South Florida on November 13. The video description stated, "2 Planes Crash During Air Show at Dallas Executive Airport." Both videos showed the same vehicles and onlookers near the crash site.

Using relevant keywords, we found a BBC news report published on November 14 about the incident in Dallas. According to the report, two vintage World War II-era planes had collided and crashed at an air show in the U.S. State of Texas, killing six people. One of them, a Boeing B-17 Flying Fortress, was taking part in a commemorative air show near Dallas. Firefighters said there were no injuries among people on the ground.

In addition, the aforementioned video can also be viewed on NBC's YouTube channel. Around 53 seconds into a news report, we can spot a short clip from the video in question. The NBC segment on the Dallas explosion also included other videos of the blast taken from other angles.

The viral image that has been shared as a photograph of the Istanbul blast has been shared in a CBS News report on the accident in Dallas published on November 13, 2022. The image was captioned, "In this photo provided by Nathaniel Ross Photography, a historic military plane crashes after colliding with another plane during an airshow at Dallas Executive Airport in Dallas on Saturday, Nov. 12, 2022." Thus, it is clear that both the video and the image of the planes crashing are not from Turkey but from an accident at the Dallas air show.

On November 15, 2022, the BBC reported that the Turkish authorities arrested as many as 47 people, including a Syrian national suspected of planting a bomb on the busy Istiklal Street. The Turkish government has accused the militant group Kurdistan Workers' Party (PKK) of planning the explosion. The PKK, which has been declared a terrorist organization by Turkey, European Union, and the United States. have denied the allegation, BBC reported.

The images and videos of two planes colliding are from the Dallas air show. It is unrelated to the recent Istanbul blast. Hence, we mark this claim false.