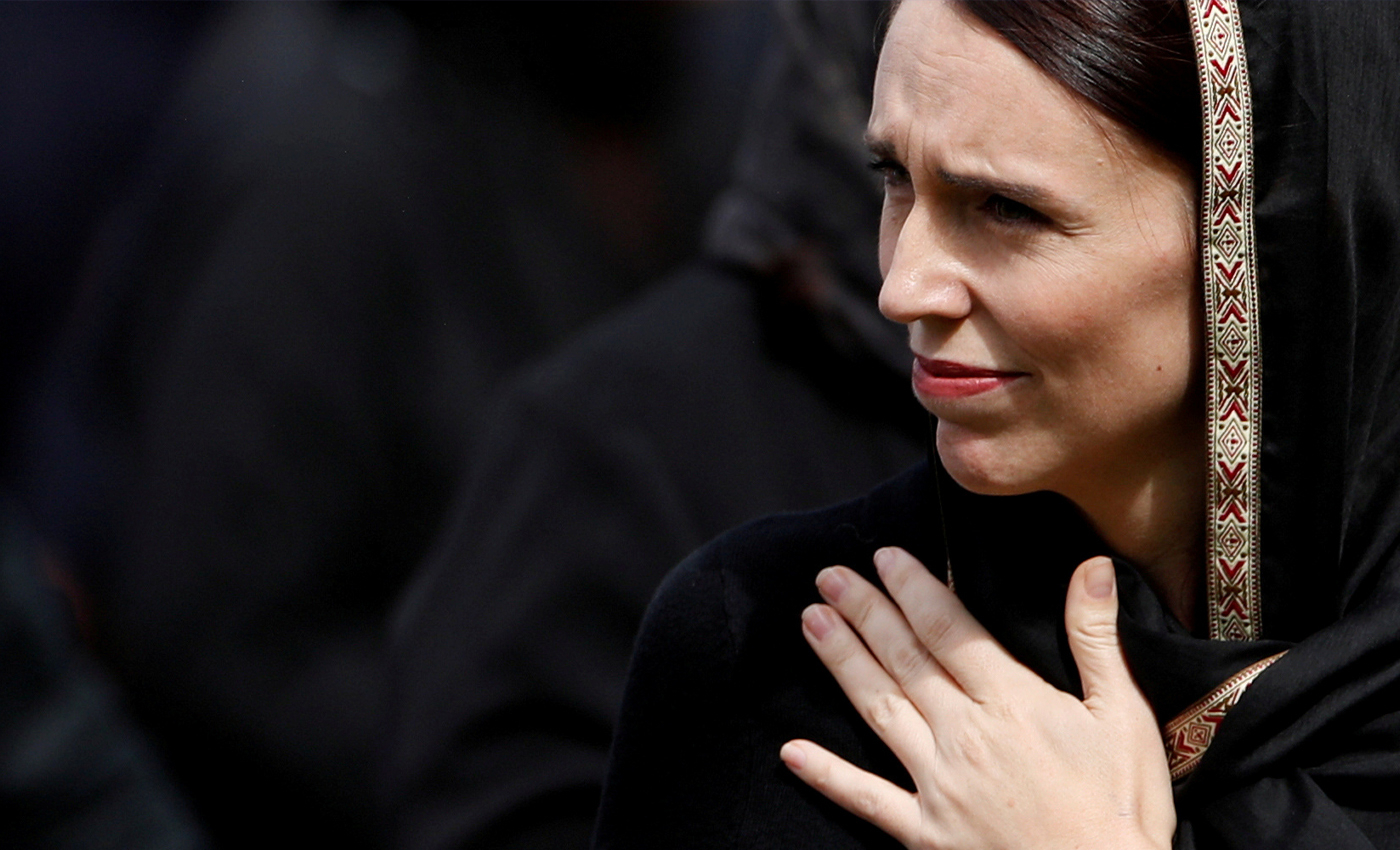 Jacinda Ardern's image in a black scarf is from March 22, 2019, when she attended an Islamic prayer in Hagley Park in Christchurch, New Zealand.

Jacinda Ardern's image in a black scarf is from March 22, 2019, when she attended an Islamic prayer in Hagley Park in Christchurch, New Zealand.An image of New Zealand Prime Minister Jacinda Ardern wearing a black scarf over her head, along with a picture of an Air New Zealand plane painted in black, has been making rounds on social media. Along with the image is a message which claims that Arden has extended support towards the ongoing farmers' movement in India. The claim is baseless.

The social media post says, "New Zealand's PM surprised the world by supporting Black Day by wearing a black suit in favor of the farmers of India and getting the government plane painted black."

However, the image of Ardern was captured on March 22, 2019, while she attended an Islamic prayer in Hagley Park outside the Masjid Al Noor Mosque in Christchurch, New Zealand, according to Getty Images. The prayer was to respect the victims of the Christchurch attack, which killed almost 50 people. A Reuters report on the mosque attacks also carried the image on March 22, 2019.

Since unrelated images of New Zealand Prime Minister Jacinda Ardern are be being shared online, the claim that she came out supporting the ongoing farmers' protest in India is false.

A man has been charged for allegedly selling fake COVID-19 vaccine cards in California.