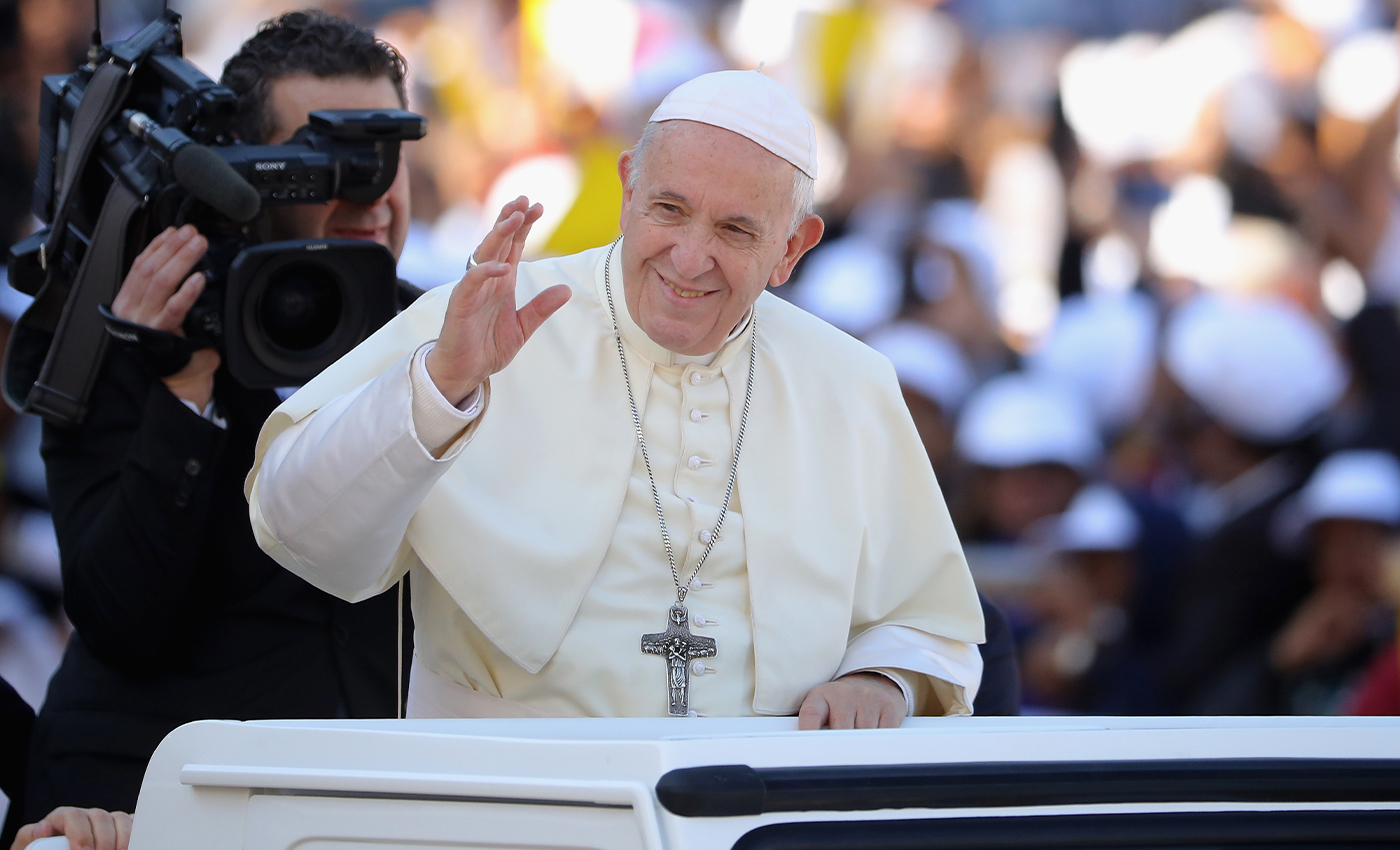 The Congress of Leaders of World and Traditional Religions did not codify or ratify the creation of a new ‘One World Religion’.

A post on Facebook claims that Pope Francis recently declared “Chrislam,” a purported synthesis of Islam and Roman Catholicism, as the new One World Religion at the seventh meeting of the Congress of Leaders of World and Traditional Religions, held on September 14-15, 2022. The web article in the post falsely asserts that the recent meeting of the congress ratified and codified a document named the 'Document on Human Fraternity' when, in reality, the congress has done no such thing.

The post links to a website named "Now The End Begins," a fundamentalist Christian conspiracy theory website that frames current events as indicative of the realization of 'end-times' biblical prophecy.

This post has no basis in reality. The Congress of Leaders of World and Traditional Religions was an initiative introduced in 2003 by the former president of Kazakhstan, Nursultan Nazarbayev. It meets every three years, and its purpose is to facilitate dialogue and cooperation between the major world religions and their institutions and discuss pressing sociopolitical issues around the world, such as terrorism and religious tolerance. There have been seven meetings since 2003. The congress does not have the power to ratify or codify any particular document because it does not act as a legislative body.

The document in question –– the Document on Human Fraternity –– is a joint statement signed by the Pope of the Catholic Church and the Grand Imam of Al-Azhar. The statement is a symbolic gesture intended to promote cooperation and mutual respect between the major world faiths of Roman Catholicism and Islam and does not in any way suggest a merging of the two.

Furthermore, although the congress' outcome did result in a series of declarations, one of which made significant mention of the Document on Human Fraternity, this did not involve a "codification" or "ratification" because A) the Congress of Leaders of World and Traditional Religions is not a legislative organization, and B) the declaration merely states that the congress "[Recognizes] the importance and value of the Document on Human Fraternity for World Peace and Living Together between the Holy See and Al-Azhar Al-Sharif[.]"

The claim that these elements constitute the creation of a "One World Religion" known as "Chrislam" both draws from and feeds into known meta-narrative conspiracy theories such as the New World Order conspiracy, which claims that most of the political and economic developments of the past few decades form part of a coordinated effort by various global intergovernmental organizations to overhaul the international political and economic system. In some interpretations of this conspiratorial framework, an essential element of the supposed overhaul involves the creation of a shared global religion, which will subsequently justify the creation of a totalitarian global government.

This claim has no basis in reality, and has been marked false accordingly.