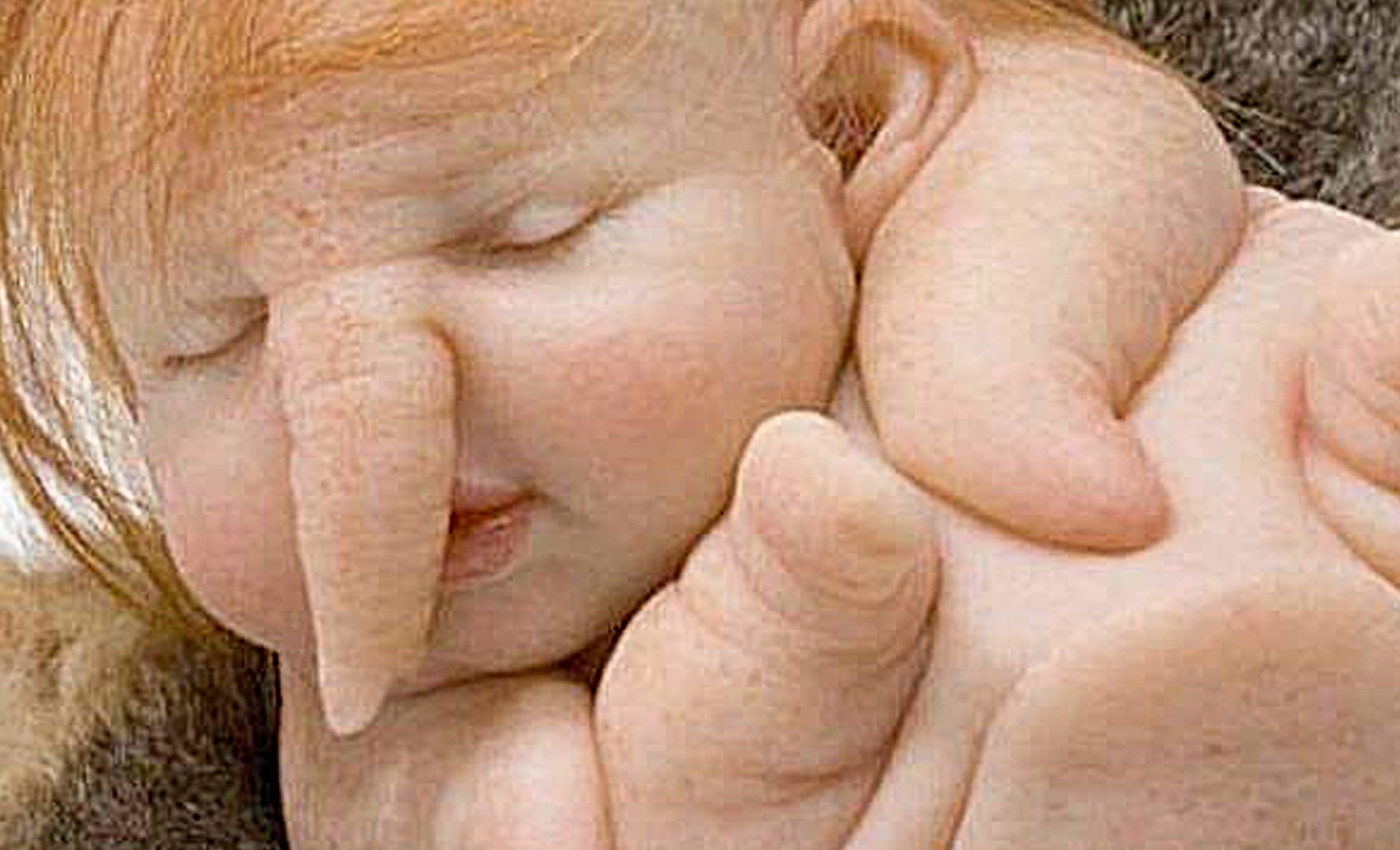 Social media users have been falsely claiming that a sculpture titled "Newborn" is a picture of a real human-elephant hybrid.

A Facebook post published on June 12, 2021, showed a picture of an infant with an elongated nose similar to an elephant's trunk. The accompanying caption read, "This Human-Elephant hybrid was recently born to a woman in Norway."

With a reverse image search, we found that an Australian artist called Patricia Piccinini created a sculpture named "Newborn" in 2010. The image of the sculpture is the same as the one in the Facebook post. The sculpture is from a decade-old art exhibition. The sculpture was made of silicone, fiberglass, human hair, and feral New Zealand possum pelt and was displayed from November 11 to December 4, 2010, at Sydney's Roslyn Oxley9 Gallery.

Facebook has also said that the claim attached to the image is untrue. This claim originated from a website called Huzlers. This website is a satirical and fictional entertainment blog.