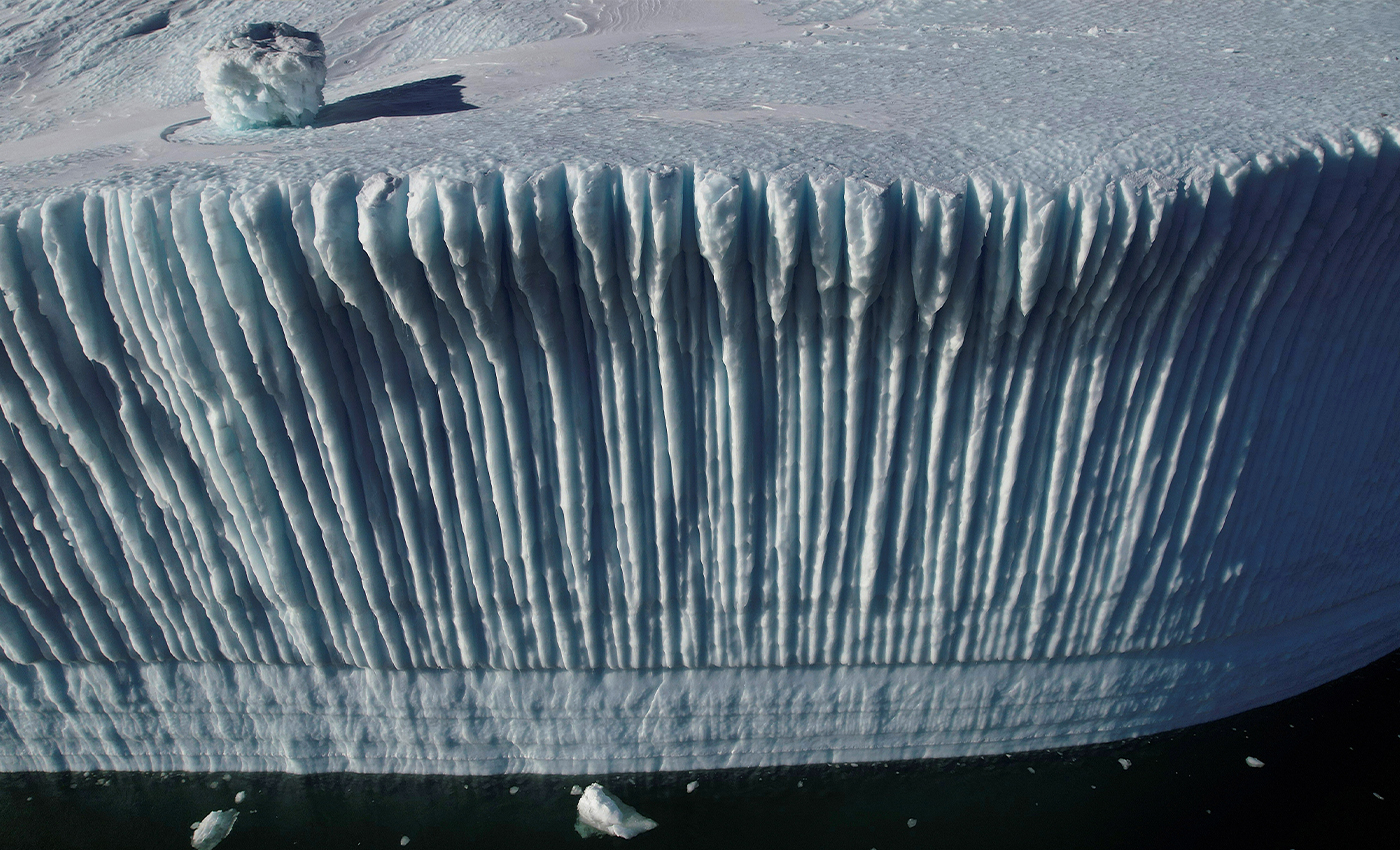 Byrd's expeditions to Antarctica have been well-documented. There is no record of him discovering any ancient civilization during his expeditions.

For years, there have been several speculations about the possible existence of human habitation in the Antarctic region. A viral Facebook post claimed that various governments are working in tandem not to publish the information about the alleged secret discovery of an ancient civilization by American explorer Admiral Byrd during his Antarctic expedition. The post contains images of massive stone structures and ancient artifacts to showcase concrete proof of civilization wiped out from the icy continent. It further says the place is forbidden for people to visit and is closely guarded for a reason.

The Antarctic Treaty signed in 1959 protects the fragile environment of Antarctica by setting aside the region as a military-free zone and free from any international disputes. However, the treaty does not restrict tourists and researchers from visiting the place for exploration and research.

U.S. Navy Admiral Richard E. Byrd undertook four expeditions in the polar region between 1928 and 1947, which earned him the Medal of Honor, the highest honor for heroism in the United States. Byrd recorded observations in oceanography, astronomy, biology, and physics. Several exploratory flights were made, biological and geological specimens were collected, and the terrain was photographed. He established the Little America research base during his first expedition. On his third trip to Antarctica, he discovered the southernmost tip of the Pacific Ocean. Byrd was instrumental in organizing the most extensive Antarctic expeditions of his time, pushing the frontiers of polar science. However, there is no mention of him discovering any artifacts or structures that could have shed light on the existence of an ancient civilization.

Many conspiracy theories are circulating on the internet about secrets hidden behind Antarctica because the place is inaccessible for most of us. Conspiracies include the existence of UFOs, aliens, Nazi bases, and pyramid structures. However, these claims have been previously debunked using Google mapping.

The images in the viral Facebook post are not part of any documented record. Moreover, the published original photos on the website of Admiral Byrd do not include the artifacts and structures that have appeared online lately. The images shared on the Facebook post were found in an article on medium.com's Lost Book blog. It credits an unnamed source for providing them with the pictures from Byrd's “top secret missions” into Antarctica. The publication also notes that these pictures were samples of a larger collection of images found in a book titled "Mysterious Antarctica." However, we could not verify the authenticity of these images. These images are not cataloged in any official records of the expeditions undertaken by Admiral Byrd.

A research paper published on the website of the National Museum of Natural History covering Byrd's expedition mentioned that it was extremely difficult for even plants to survive due to the persistent cold climate in Antarctica. Unlike the Artic region, few creatures like large birds, mammals, and native fish can survive the hostile environment of Antarctica. Seals, penguins, and whales are found in the sea and have adapted to the freezing climate.

No explorer has uncovered the existence of human civilization in the South Pole region, and we could not establish the authenticity of the purported images from Antarctica. Hence, we have marked the claim false.