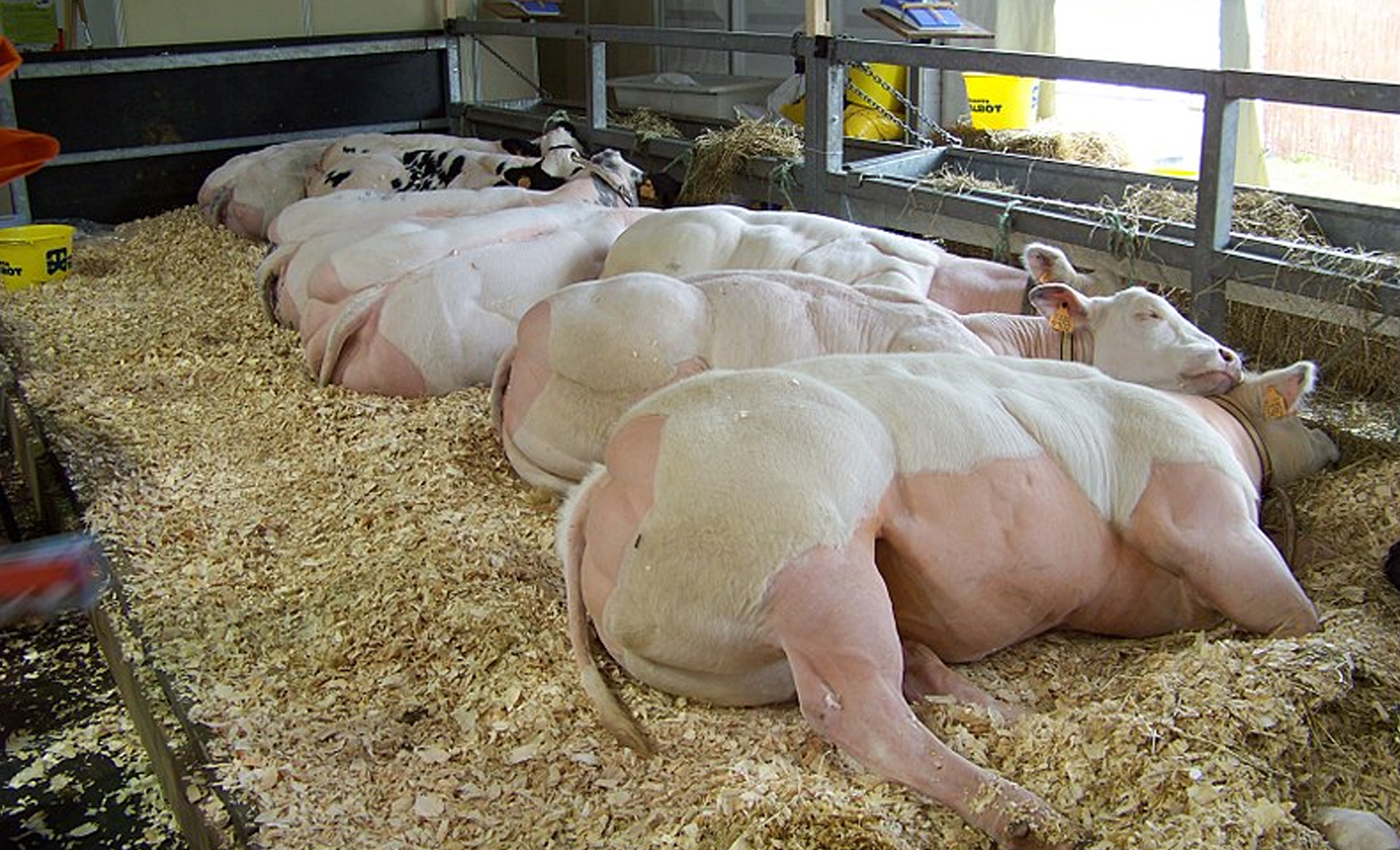 A doctored picture of cows laying eggs is being used to claim that China is boosting egg production by transplanting chicken organs in cows.

Posts are circulating on social media depicting cows laying eggs, along with the claim that the Chinese government is utilizing advanced technology by transplanting chicken organs into cows. "China plants chicken organs in other animals for faster egg production. The Chinese government has once again shown its advances in technology, and this time in the animal kingdom," a caption on one such post reads. The claim, however, is false. The image of cows producing eggs has been digitally altered. There is no evidence of any scientific breakthroughs that involve transplanting chicken organs into other animals, such as cows, to stimulate egg production.

Upon a reverse image search, the original image of cows was found on the Institute for Basic Sciences (IBS) website, a scientific research center in South Korea. In this unaltered image, the cows are in the cowshed, but there are no eggs. The image, which features Belgian Blue cows, is credited to Eric Forget. The origin of the Belgian Blue cow breed, according to IBS, can be traced back to the 19th-century via crossbreeding by Belgian breeders. It mentions that the Belgian Blue is heavier than a regular cow and has a lot of muscle. We also found that Eric Forget uploaded this photo to Flickr in 2008.

The bottom right corner of the altered image has a timestamp of 10:28. By conducting another reverse image search, we found a YouTube video from November 2021 titled: "Amazing modern baby calf born method - Incredible automatic cow pig farming processing technology," uploaded by Sky Creative HD, which uses the altered image as a thumbnail. On reviewing, the video's content has nothing to do with the thumbnail depicting cows producing eggs.

Cows are domesticated mammals that give birth to live young rather than laying eggs. According to Britannica, monotremes are mammals that lay eggs. Cows do not belong to this group of mammals. Contrary to claims on social media, there is no scientific evidence that chicken organs can be transplanted into other animals to lay eggs. There is no evidence that Chinese scientists have successfully genetically engineered animals like cows to enable them to produce eggs, hence we have marked the claim as false.

Scientists have warned that egg consumption is causing thousands of people to 'suddenly' form blood clots.