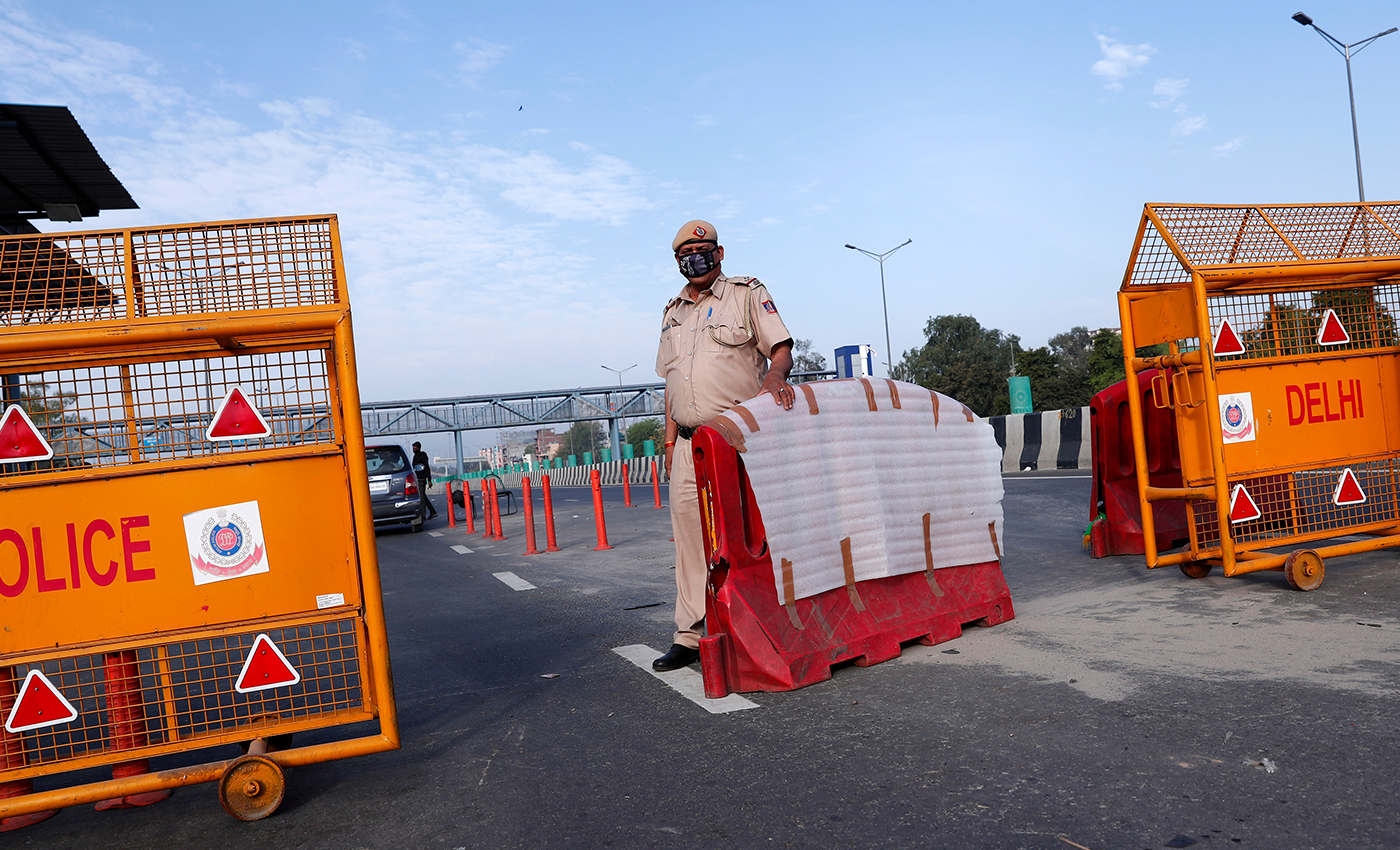 After several rounds of talks with the central government, farmers have called for a Bharath Bandh on Dec. 8, 2020.

The farmers in India have been protesting against three bills and have touted them as ‘anti-farmer bills.’ These bills -- the Farmers (Empowerment and Protection) Agreement of Price Assurance and Farm Services Bill; the Farmers Produce Trade and Commerce (Promotion and Facilitation) Bill; and the Essential Commodities (Amendment) Bill, were passed in Lok Sabha amid protests from the opposition in Sept. 2020.

After many rounds of talks between farmer leaders and the Central Government, farmers called for a nationwide strike. The strike called by the farmers against the farm laws began at 11 a.m and continue till 3 p.m.

Farmers from Punjab and Haryana have been moving on Delhi's outskirts against the three new farm laws. "The government will have to accept our demands. We want nothing less than the withdrawal of new farm laws," said farmer leader Balbir Singh Rajewal. The next round of talks between the government and the protesting farmers is scheduled to take place on Dec. 9.

The transport sector is to function as usual. Markets across the country will remain open. Emergency and ambulance services will not be affected. Wedding programs have been allowed. Transport Union and Truck Unions in Punjab and Haryana have stopped their services. Bank services are likely to be affected. Farmer leaders have said that the milk and vegetable supply would be affected.

BJP leader Rahul Sinha said, not four, eight people should have been shot dead in Sitalkuchi in West Bengal.

Bollywood megastar Amitabh Bachchan and son Abhishek Bachchan have tested positive for COVID-19 and have been hospitalized.

Withdrawals three times in a month will be free but after that, a withdrawal transaction charge will be levied for a loan account.

"Jana Gana Mana", the Indian National Anthem, was originally composed as Bharoto Bhagyo Bidhata in Bengali by Rabindranath Tagore in 1911.

Mamata Banerjee has been inaugurating Durga Puja for the last 20 years.

The U.S. may support China in the India-China border standoff.