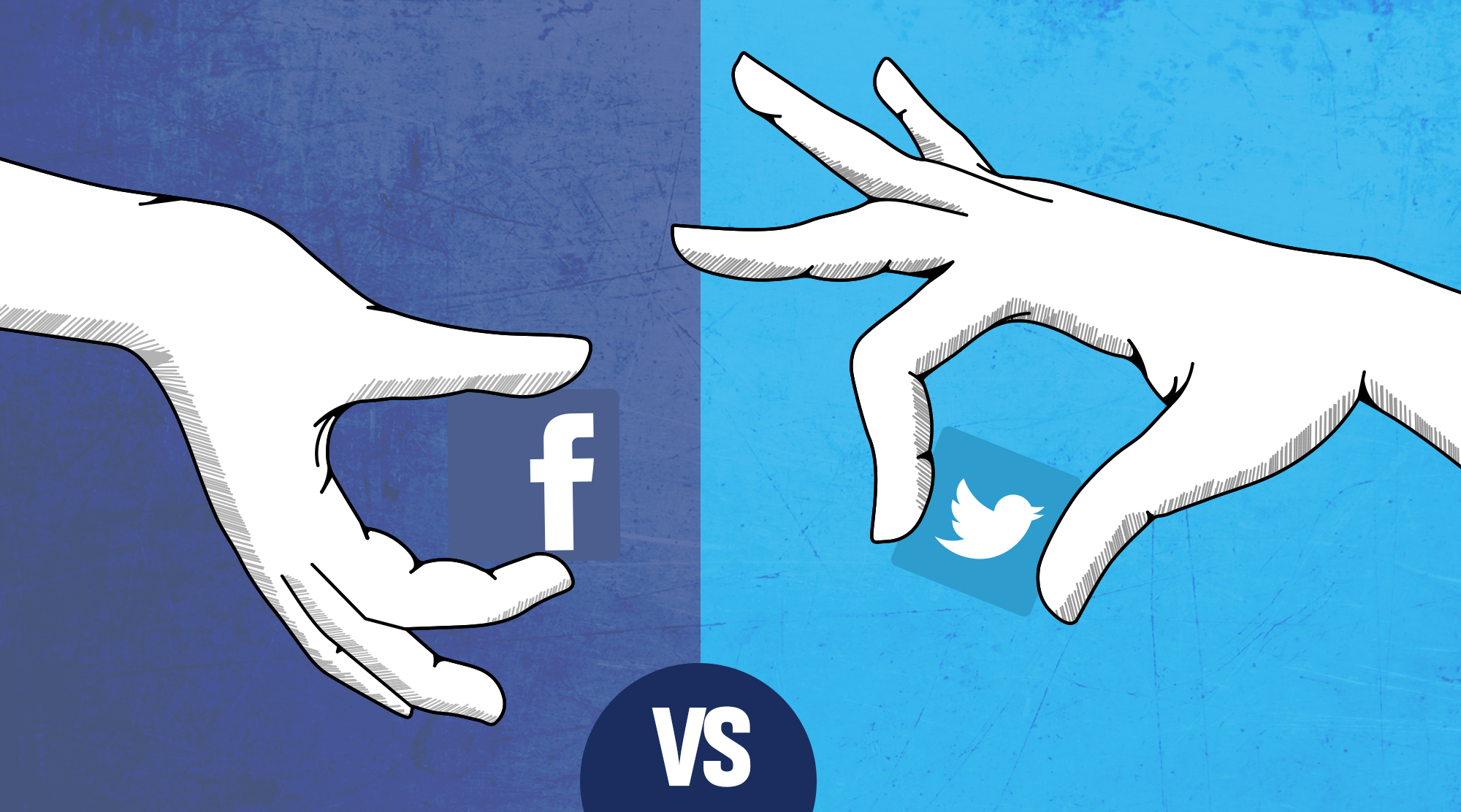 Social media has the potential to expand our horizons, connecting us with a wider range of people and more information and analysis than ever before. This has a clear epistemic benefit (i.e. a benefit to the way that we gain knowledge and understanding about the world and the people in it), but it comes with pitfalls too. Too much exposure to alternative viewpoints can be overwhelming, which can lead to bad epistemic outcomes. Think of the most common responses to Twitter “pile-ons”; users double-down on their existing beliefs, or disengage from certain topics altogether. And too little exposure can be a problem too. We’ve all heard about the distorting effect of Facebook “filter bubbles”. If we’re going to unlock the epistemic benefits of social media, then we need to rethink platform design, and encourage users to step outside of their epistemic comfort zones without becoming overwhelmed.

Most of us know the tense, jarring feeling that comes with encountering a view very different than our own. In his book The Epistemology of Resistance, José Medina calls this feeling epistemic friction, because while it’s challenging, it can also be productive. Rub your hands together and you’ll feel resistance. Do it for long enough and you’ll produce heat. Likewise, Medina thinks if we respond to other viewpoints in the right way we can produce understanding of the viewpoints we encounter, and of our own in comparison.

But what’s the “right way” to respond to epistemic friction? Medina offers two guiding principles. First, we need to acknowledge and engage with the different cognitive influences on our beliefs. “Acknowledging” means becoming aware of external influences on our beliefs (such as other people’s opinions, and the dominant ideology we’re operating within) as well internal influences (our own views, and cognitive tendencies like optimism or skepticism). “Engaging” means sincerely and critically reflecting on these influences. In some cases it will mean dismissing them; we don’t need to engage positively with every influence, but we should avoid being so oblivious that they affect us unknowingly.

Second, Medina recommends we strive for epistemic equilibrium between these influences. This doesn’t mean simply counterbalancing all views we encounter with their opposite, nor that middle-ground positions are necessarily better than more radical ones. Instead, the idea is that we should try to strike a balance between habitual (or stubborn) adherence to pre-existing beliefs and uncritical acceptance of what others say. And we should resist complacency. Medina says the equilibrium we achieve will be “fragile” and “perfectible”, and require constant maintenance.

If this sounds like a lot of work, it is. And it will be even harder if our epistemic environments encourage bad habits. I propose that we lighten the load on individuals by designing social media platforms that make following Medina’s guidelines easier. I have two specific suggestions.

First, we should elevate marginalized voices. Outside of social media, people from marginalized groups are much less likely to have a voice than those who aren’t marginalized, especially if their views don’t conform to mainstream narratives. If we want people to acknowledge and engage with a variety of external influences —as Medina tells us they must in order to turn friction into understanding—then amplifying the views of marginalized people is a good place to start. Social media already gives a voice to many of the voiceless, but it does so indiscriminately. I don’t recommend we simply amplify any view which is only endorsed by a minority of people. Many of these—like racist science and flat earth conspiracies—have already been widely acknowledged and dismissed due to the fatal flaw of not being based in reality. My suggestion is to elevate voices that are unacknowledged for non-epistemic reasons, like historical (and current) oppression. Designing platforms in this way would increase opportunities for productive epistemic friction and improved understanding.

Second, I think we should design online environments to have areas of epistemic respite. When broadcasting our thoughts to large, indiscriminate groups, it’s easy to get caught up in thinking about external sources of friction—what other people will think, and the praise or criticism we might receive. This will be especially true if we make an effort to increase epistemic friction by elevating marginalized voices. So to achieve the epistemic equilibrium that Medina recommends, we should also create spaces with reduced external friction so that like-minded users can build communities around what they have in common. This would provide users with more opportunities to reflect on internal influences like their existing beliefs, make it easier to balance these internal influences with the external ones, and so, again, encourage productive responses to epistemic friction. But it’s important that these areas of respite are designed as temporary spaces. The aim is that users feel ready to re-engage with external influences after using these spaces, not that they will inhabit them as default—this is how echo chambers form. Epistemic respite should be a refreshing holiday, not a permanent move.

By looking at two well-established social media platforms, we can identify concrete ways that platform design can help—or hinder—the elevation of marginalized voices and the creation of epistemic respite.

The defining dynamic of any social media platform is the conditions under which different users can interact. On Facebook, interactions mostly take place among mutual, symmetrical friendships. If I want to see your posts, then I send you a “friend request”, and when you accept it we both see updates from one another in our feed. As a result, Facebook is typically used to connect with users you already know: family, colleagues, and IRL friends. This does nothing to elevate marginalized voices, and within particularly homogeneous groups can even reinforce the idea that mainstream opinions are the only reasonable ones.

On Twitter I only need to click the follow button for my feed to be regularly updated with another user’s posts. They don’t typically need to agree to this, and they won’t automatically see my posts as a result. This one-sided mechanic allows users to connect with a wide range of people they’d be unlikely to encounter otherwise, and is much more conducive to elevating marginalized voices.

When it comes to epistemic respite, the obvious features to consider are content controls. Both platforms offer a variety of tools that allow users to restrict what content they see, and which users can interact with theirs, in largely similar ways. But two of the more unique tools are telling. Facebook allows users to put ‘friends’ on different lists (e.g. Family or Work), and to restrict which of their posts each list sees. This enables users to limit how much epistemic friction they’re exposed to, and so goes some way to creating epistemic respite. However, this feature risks forming permanent echo chambers instead.

On Twitter, users can choose to mute particular words or phrases. If they do, then posts containing those words will be hidden from the user. This is less likely to encourage echo chambers both because it offers users respite from topics, rather than people, and because Twitter prompts users to specify how long a word is muted, therefore encouraging temporary respite over permanent disengagement.

Design can’t solve all of our problems. Users still need to decide to make good use of the tools available to them. But as we spend more time on social media platforms, it’s important to recognize the strengths of their effects on us. Platforms can mimic and codify the limitations of our offline epistemic environments by only connecting us with people we already know (and giving us the option to filter them out when it’s uncomfortable). Or they can encourage productive epistemic friction by pushing us to consider who to engage with, what topics to avoid, and for how long, so that we consciously shape our own epistemic environments.

Dr. Natalie Ashton is a philosopher at the University of Stirling. She specialises in issues related to knowledge, oppression and social media.

Small Voices, Big Questions: The Mystery of The Cheese Badge

In the days following the attacks on the World Trade Center on September 11, 2001, media corporation Clear Channel Communications sent a memo to more than a thousand radio stations managed by the company, advising them to remove 164 songs from their...