No New Lies: Why Biden Should Worry About Theodore Roosevelt 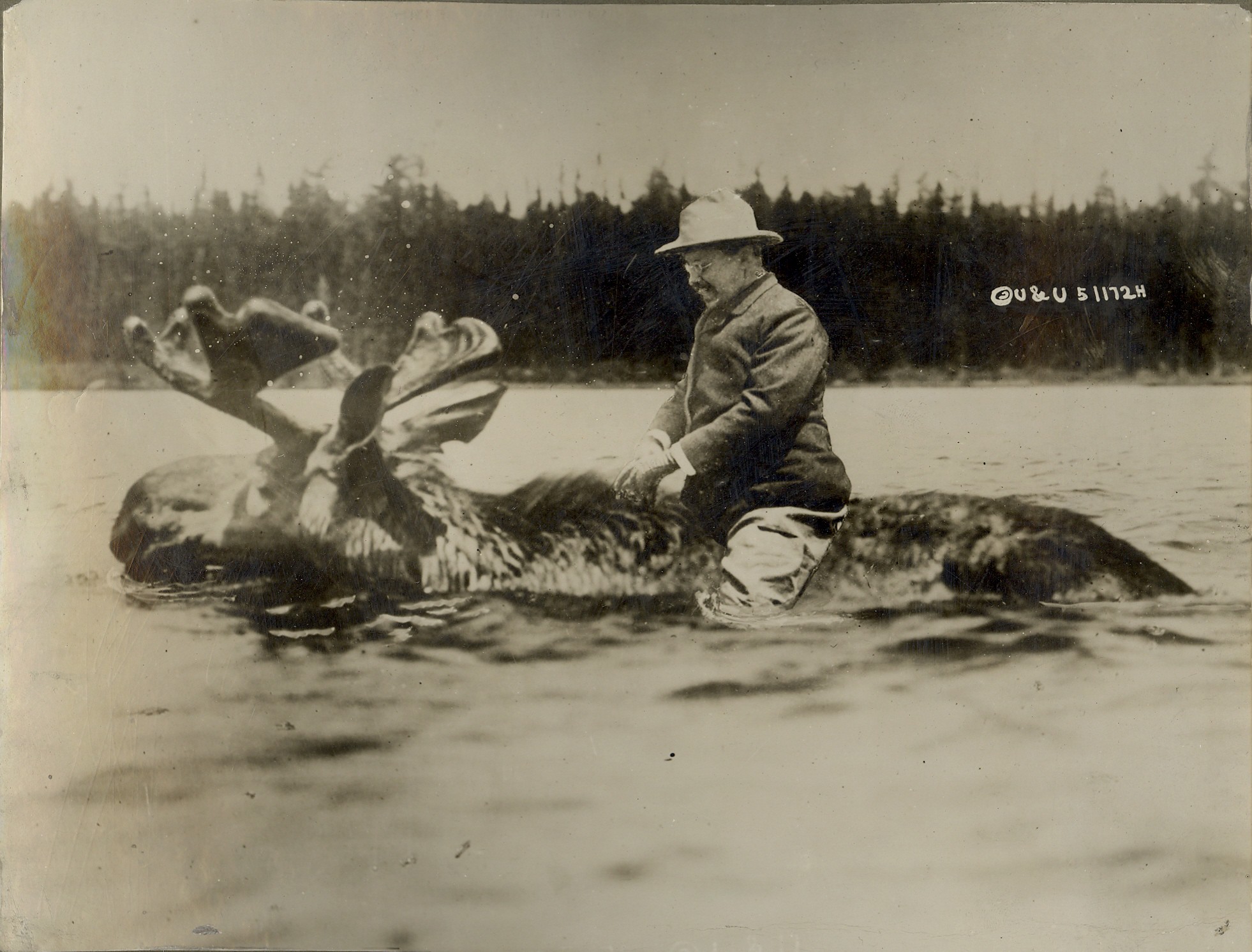 
This is the first in our No New Lies series, where we explore how misinformation, disinformation and conspiracies from history help us understand the politics of the present. The first few installments will focus on past presidential elections. Our first, from regular contributor Tom Whyman, looks at how the current divide in the Democratic party has a strange predecessor in a Republican split from 1912 led by then-former President Theodore Roosevelt.

What if I told you that there was a major American political party, led by a former President, which was campaigning on a platform that involved establishing a national health service; investing in a generous social insurance programme for the elderly, disabled, and unemployed; limiting the influence of big business in electoral politics; reducing the amount of time people were expected to be at work; making it more difficult for employers to use the courts to prevent workers from going on strike; and protecting the environment?

One would be tempted, I would imagine, to describe this platform in the terms Barack Obama used to describe Biden’s 2020 campaign: “the most progressive platform of any major-party nominee in history.” Only this time there would be much less bathos – such a description would seem much more like an actual celebration of the platform itself, and not just an accidental damning of the Democrats’ long-standing lack of political imagination.

Well: in the immortal words of Alan Partridge, can I just shock you? This actually happened – a former President actually stood on a platform in many ways more substantially progressive than anything any Democrat would have offered in 2020 bar Bernie Sanders and perhaps Elizabeth Warren. And he was a Republican.

This has always struck me as one of the great mysteries of political history: how the Republicans, originally the ‘party of Lincoln’, a man whose views were on slavery were so progressive that his election was literally the trigger for the south to secede from the union, managed to transform themselves, over the course of around a century and a half, into a party which seems overwhelmingly hostile to any kind of progressive racial politics. The short answer is that it has a lot to do with the man who stood on the platform I have just described above: Theodore Roosevelt.

Throughout the early history of the Republican party, the mainstream, establishment faction was often at odds with its own progressives. By (then-contemporary) Republican standards, Lincoln himself was a moderate: Radical Republicans supported the immediate, complete, and – perhaps most crucially – uncompensated eradication of slavery, which Lincoln did not. During Reconstruction, such Radicals pushed for former slaves to be granted civil rights. Presidential elections would often be the trigger for party splits – sometimes consequential, sometimes not. In 1872 for instance, a faction of Liberal Republicans split to oppose the Radical-leaning Ulysses S. Grant (and his policy of prosecuting the Ku Klux Klan). Meanwhile, in 1884, a Republican faction who were derisively labelled the Mugwumps (implying they were somehow ‘holier-than-thou’) swung the election towards the Democrat Grover Cleveland over their opposition to the corruption associated with Republican candidate James G. Blaine.

By the turn of the century, the Republicans were primarily defined as the party of economic protectionism and big business – it was on such a platform that William McKinley had defeated the populist Democrat William Jennings Bryan in the election of 1896. But then, in 1899, McKinley’s Vice President, Garret Hobart, died. The man the Republican Party nominated to replace him had only just turned 40, but he was already a national celebrity.

A natural eccentric from an aristocratic New York Family, Theodore Roosevelt was boisterous, athletic, and larger-than-life. In his early career, Roosevelt had served as the New York City police commissioner, set himself up as a cattle rancher in the Dakota Territory, and authored one of the seminal works of US Naval History. McKinley had appointed him Assistant Secretary of the Navy, but Roosevelt had resigned from his post at the beginning of the Spanish-American War, determined to see battle. He formed a colorful volunteer cavalry regiment known by the press as the ‘Rough Riders’, which greatly enhanced his national profile: after returning from the war, he was elected Governor of New York.

Roosevelt was not exactly someone we’d want to call a radical – he was certainly no socialist, and his foreign policy was often imperialist. Rather, Roosevelt was one of those progressive liberals, in the ascendancy on both sides of the Atlantic at the time, who honestly believed that the best interests of both labour and capital would be served if the state intervened somehow to push them in the same direction. Of course this nevertheless made him seem irritatingly radical to some of his party colleagues – in fact, this was one major reason why he became VP. New York Republican bosses wanted to push Roosevelt into the largely ceremonial position in order to curtail his reformist agenda in their state. But then, in 1901, McKinley was shot – and he ended up in charge of the country.

During his time in office, Roosevelt worked to break up monopolistic corporations, arbitrate labour disputes, and pass quality control legislation covering food and drugs – as well as founding the first National Parks. And over the course of his presidency he moved generally speaking further left – by the end of his second term, he was trying to do things like establish federal income and inheritance taxes. He could have run for a third term, and would almost certainly have won if he did, but instead – believing in the importance of term limits as a check against dictatorship – stepped aside in favour of William Howard Taft, who he believed would continue his progressive policies. Taft, however, proved a lot more conservative than Roosevelt had hoped. And this triggered a rift.

Ahead of the 1912 presidential election, Roosevelt returned to the USA (having spent his post-presidency on safari in Africa) to challenge Taft for the Republican nomination. During the primaries, he ran him very close – but at the convention, Taft ultimately won thanks to the landslide support of southern Republicans. Roosevelt objected to this result on the grounds that, at the time, the south never contributed any electoral votes to a Republican victory (obviously this sort of thing would never happen nowadays). Frustrated, Roosevelt decided to form a new party around himself, the Progressive or ‘Bull Moose’ Party (so named for the image on their logo, which also referred to a nickname for Roosevelt), taking the progressive faction of the Republican party with him. It was as the Progressive nominee that Roosevelt adopted the platform which I outlined at the start; socialised healthcare, limiting the influence of big business on politics, the works.

In the end, inevitably, the result was much the same as what one would have expected might happen if, say, Bernie Sanders had decided to spite the Democrats by running as an Independent against them. Both the Progressives and the Republicans were well beaten by Woodrow Wilson’s Democrats, who won a landslide electoral college victory with just over 41% of the vote. But for Roosevelt, the good news was that he came in ahead of Taft, winning 27% of the popular vote to Taft’s 23%, and 88 electoral college votes to Taft’s 8. It remains the only time a party other than the Republicans or Democrats has come as close as second in a presidential election since the Civil War. If the point of Roosevelt’s candidacy was to strike a victory for Progressive Republicans against the conservative party establishment who had denied him, then he had certainly managed to make it.

But what, if anything, can this story teach us today? Firstly, the notion that Biden is (for all his failings) “the most progressive candidate for a major party ever” is manifestly untrue. Admittedly one could make the case that Biden is more progressive than Roosevelt was on gender or race – but these issues would never have presented themselves in the early 20th century in anything like the same way. And one could also deny that Roosevelt was standing for a ‘major party’ – but this seems like nit-picking: the guy did come second after all, and the American party system isn’t actually immutable. The really telling thing is that Roosevelt was fighting for reforms – themselves by no means unimaginably radical in their day – which still resemble those that progressives like Sanders are demanding; which more conservative voices within their own faction are still fighting to deny them.

Secondly, we can learn that a certain contemporary progressive wisdom – the idea that one should “stay and fight for reform under Biden”, is by no means historically well-founded. The story of Progressive Republicanism does not end in 1912. After the election, the majority of Progressives – Roosevelt included – re-joined the Republican party to fight for their reforms in the big tent. Roosevelt had intended to seek the nomination once more for the 1920 election, and may well have managed to secure it. But his health had suffered following an ill-advised sojourn away from politics to go exploring in the Amazon. Roosevelt discovered a river, but he also contracted a number of diseases, and in January 1919 at the age of 60, he died.

Against a scattered field of progressive challengers, the Republican establishment rigged the nomination for the bumbling mediocrity Warren G. Harding, who had only entered the Presidential race to begin with to shore up his local political base in Ohio. Harding’s administration was notorious for corruption scandals, at his early death he was succeeded by the softly-spoken free markeeter Calvin Coolidge, and gradually the Republicans’ genuine progressives filtered away. Many eventually found a home in Franklin Delano Roosevelt’s Democratic party, whose ‘New Deal’ implemented a number of the policies previously proposed by his distant cousin. Tensions remained throughout the 20th century between laissez faire liberal Republicans like Nelson Rockefeller and social conservatives like Ronald Reagan – but for most part, the party’s transition to full-blooded conservatism had been affirmed.

To my mind, the parallels between what happened with the Republicans in the 1910s, and what has transpired between the Democratic establishment and the Sanders faction in the 2010s, are too strong to completely ignore. Granted the situation isn’t quite the same: perhaps the progressives will continue to work within the Democratic party for the simple reason that – unlike the progressive Republicans – they really do have nowhere else within the two-party system to go. But equally, it seems entirely possible that Biden’s defeat of a once-optimistic Sanders movement will end up being era-defining: that the establishment will succeed in pushing out the left through and the party will end up getting gradually more right-wing. Biden’s platform might not be the most progressive ever – but who knows? It could still be the most progressive anyone is getting for a while.