Double Check: Why Are Some EU Countries Halting the AstraZeneca Vaccine? 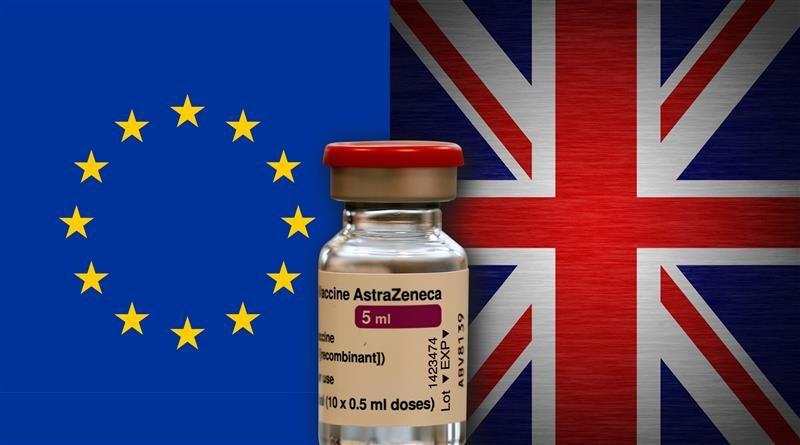 On February 21, a letter surfaced on the internet, ostensibly written by doctors and scientists belonging to an organization calling itself Doctors4CovidEthics. The letter was addressed to the European Medicines Agency (EMA) and expressed concerns about deaths occurring after people had received COVID-19 vaccinations. The letter referred to the three vaccines developed by Pfizer, Moderna, and AstraZeneca. After listing their concerns, which are baseless, the authors stated: “the approval of the COVID-19 vaccines by the EMA was premature and reckless," adding that "the administration of the vaccines constituted and still does constitute human experimentation, which was and still is in violation of the Nuremberg Code." These claims have been repeatedly debunked.

The letter has been widely shared on several social media platforms disseminating fear about the vaccine, which is dangerous and impacts trust in public health bodies and the medical community. The letter mentions several conditions which people reported. These include immune thrombocytopenia (ITP) or bleeding disorders after receiving the vaccine. However, the letter fails to mention the number of people who reported these issues and that the fact that doctors across the world have contended that the rate of people developing ITP after vaccination "appears either less than or roughly comparable to what would be seen if cases were coincidental following vaccination."

As James Bussel, MD, Professor Emeritus of Pediatrics at Weill Cornell Medicine in New York told Health.com: "When millions are vaccinated, there inevitably will be some people who develop ITP."

This letter is a new development in a long line of diplomatic issues leading to the erosion of trust in the AstraZeneca/Oxford vaccine, especially in the EU. Many European countries have suspended the use of the vaccine after reports of people developing blood clots. However, when placed in context, the reported cases of blood clotting are rare, and no greater than numbers would be in the general population and the vaccine has been proven to work in reducing COVID cases. It is important to remember that correlation does not mean causation, and there is no proof so far of a link between the vaccine and blood clots.

Even among mainstream media outlets, these stories have resulted in a rash of clarifications that the vaccine is safe, attempts at reassurance that could produce the opposite effect, spreading concern that something is wrong.

A Twitter user falsely claims that wearing a mask and the AstraZeneca vaccine is leading to deaths.

As many Western European countries halt the use of the AstraZeneca vaccine, some have questioned the motivation behind this move. After administering almost 10 million doses, AstraZeneca reported 28 cases of blood clots. At the same time, after administering 11 million doses of the Pfizer vaccine, 25 cases of blood clots were reported. So why has the distribution of one been halted and not the other?

To answer this question, it’s essential first to understand the relationship between Europe, AstraZeneca, and the United Kingdom. Don’t forget that Brexit negotiations were also ongoing at the time the vaccine rollouts were being organized.

Since the beginning of January, the European Commission has expressed annoyance at the delivery of the AstraZeneca vaccine. Matters have been made worse since there are currently no delivery bottlenecks in the U.K.

In the U.K., the AstraZeneca vaccine has been in use since January 4. This has prompted the EU to ask whether the contingent it had ordered has ended up in the U.K., fueling claims of preferential treatment for Britain. The EU Commission has repeatedly accused AstraZeneca of breaching its contract. In response, in an interview with the German daily Die Welt, AstraZeneca's CEO, Pascal Soriot, rejected accusations that his company had acted in bad faith.

"We didn't commit with the EU," Soriot said. "We said we are going to make our best effort." He also pointed out that the U.K. had signed a contract three months before the EU did. Even though the U.K. contract was signed on August 28 and the EU’s was signed a day earlier on August 27,  the key lies in an earlier agreement that AstraZeneca made back in May with the U.K., which was a binding deal establishing “the development of a dedicated supply chain for the U.K.,” noted Politico. One official close to the U.K. contract said the agreement began as an email in April from the U.K. government saying it would provide £65 million to help the University of Oxford execute its production plan. It later evolved into a fully fledged contract between the government and the company, which might explain why it took until August for the contract to be signed.

Whether or not AstraZeneca breached the contract remains unclear.

Since the beginning of the year, AstraZeneca’s relationship with the European Commission can be described as turbulent. But questions raised around efficiency, delivery, and everything in between has heavily eroded public confidence and made people question different health authorities, including the EMA. All this has undermined confidence in the AstraZeneca vaccine. With European countries rushing to halt the use of the vaccine without giving the public the necessary context around blood clots, we can assume that even if they start using the vaccine again, the public might not be keen to take it.

What makes this especially worrying is that the fallout from this relationship compounds issues around vaccine hesitancy that already existed before. EuroNews published an article in 2020 stating that multiple surveys show that Europeans are among the most skeptical towards vaccines. EuroNews further reported that vaccine hesitancy is proportional to the trust in the government and that Macron and German Chancellor Angela Merkel openly criticizing the AstraZeneca vaccine also eroded trust in its safety.

The key question in all this is: was the decision to halt AstraZeneca’s vaccine scientifically or politically motivated? While we don’t know the answer to that, we can say that the relationship and dynamics between the European Commission, AstraZeneca, and the U.K. have added to the plethora of vaccine misinformation that already persists in the U.K. and EU. The decision taken by the European countries to halt the vaccine could also have an impact on other countries like India who are still using the AstraZeneca vaccine.

In 1949, George Orwell wrote to his agent Leonard Moore about Sidney Sheldon's potential theatrical adaptation of Nineteen Eighty-Four. He voiced his fear of the book's meaning becoming "seriously deformed" by the Broadway rewrite, telling Moore, "I...