Who's Afraid of Bernie Sanders? 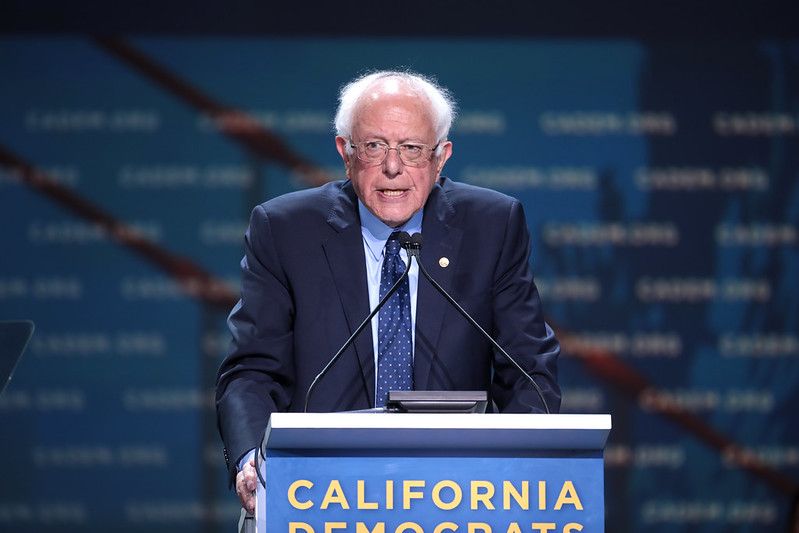 It's Super Tuesday. More than a third of the pledged delegates available during the democratic primary will be doled out after today's voting. To give you some context, just under 4% of delegates have been won during the whole race so far.

Following Biden's impressive showing in South Carolina on Saturday, two candidates who were widely seen as his direct competitors, Pete Buttigieg and Amy Klobuchar, dropped out of the race. Both these former rivals, with whom Biden has had several sharp exchanges during the primary, have now endorsed his candidacy for the nomination.

The agility of this volte-face is surprising; it's unusual for candidates to immediately offer an endorsement in an open race when they leave it. In political terms, however, it is simple to understand: Buttigieg, Klobuchar and the areas of the democratic party they represent are extremely worried about the prospect of a Sanders candidacy.

One of the most oddest things I have found about this race is that while moderate candidates and high profile political pundits have been quick to proclaim that a Sanders candidacy would be a 'disaster' for the democratic party, it is not often that these claims are backed with much in the way of argumentation. This isn't unusual in politics; sloganeering rhetoric are a venerable part of electioneering practice. Nor would I subscribe to the idea that making rational arguments is the only acceptable means of political debate; Sanders himself makes free use of such tactics (the sound of him saying the phrase 'millionaires and billionaires' will stay with me for life). But, Sanders is undeniably running a positive campaign, in that he is campaigning for something; a set of clear, if ambitious, policy proposal. The great rhetorical advantage Sanders has over his rivals is that his active campaign - a campaign with a clear vision and agenda - has forced his opponents to argue defensively. What is Joe Biden's plan for healthcare? What is Mike Bloomberg's policy on tax? What is Warren's 'plan' to deal with climate change? I have no doubt all this information is available, and I'm sure it's even been covered in debates that I have watched, but I couldn't tell you off the top of my head: Bernie's agenda is driving this campaign.

This is why I find the broad, unargued, slapdash attacks against Sanders surprising. Finding yourself arguing from a defensive position is, usually, a losing political proposition. If we cast our minds back to 2016, both Clinton's loss to Trump and the Brexit vote can be at least partly diagnosed by the losing side in both cases being forced into a reactive position. Clinton spent her campaign excoriating Trump for his proposals, but that meant that it was his proposals that were being discussed. The Remain campaign spent all their energy ridiculing the vagueness of the plans for Brexit, but then it was the plans for Brexit which were the focus of the conversation.

There are ways to pivot campaigns, to enable yourself to stop reacting and start acting, but it is a difficult thing to do. The tone of a candidacy is set very early: both Warren and Buttigieg tried to pivot (both towards the centre, though in different ways), and found themselves unprepared to handle the different kinds of attacks they were then exposed to. Indeed, Warren's fall from her short-lived status as a front runner is an object lesson in how momentum can be halted in its tracks by some well-argued, forensic arguments on key policy platforms. Warren is a relative newcomer to left-wing politics, and an even newer proponent of universal healthcare. Her plans may have been more than adequate, but she was able to be effectively dismantled on the debate stage by virtue of some clever questions, convincing argument, and unified opposition.

One distinct merit of Sanders' consistency is that he has been occupying the same political and rhetorical space for decades. He knows where all the nooks, crannies are; which part of his platform is solid steel and what is papering over the cracks. Biden, for all his political experience and gravitas, has not been able to articulate a positive vision for the country. If he can't effectively dismantle Sanders' own platform, one he has spent decades refining and defending, he may never find his way back onto the offensive. That doesn't mean that Biden won't win, but it does mean that a Biden presidential campaign would be in trouble from the start. If your argument is always that you're not the other guy, all we're going to be talking about is the other guy.