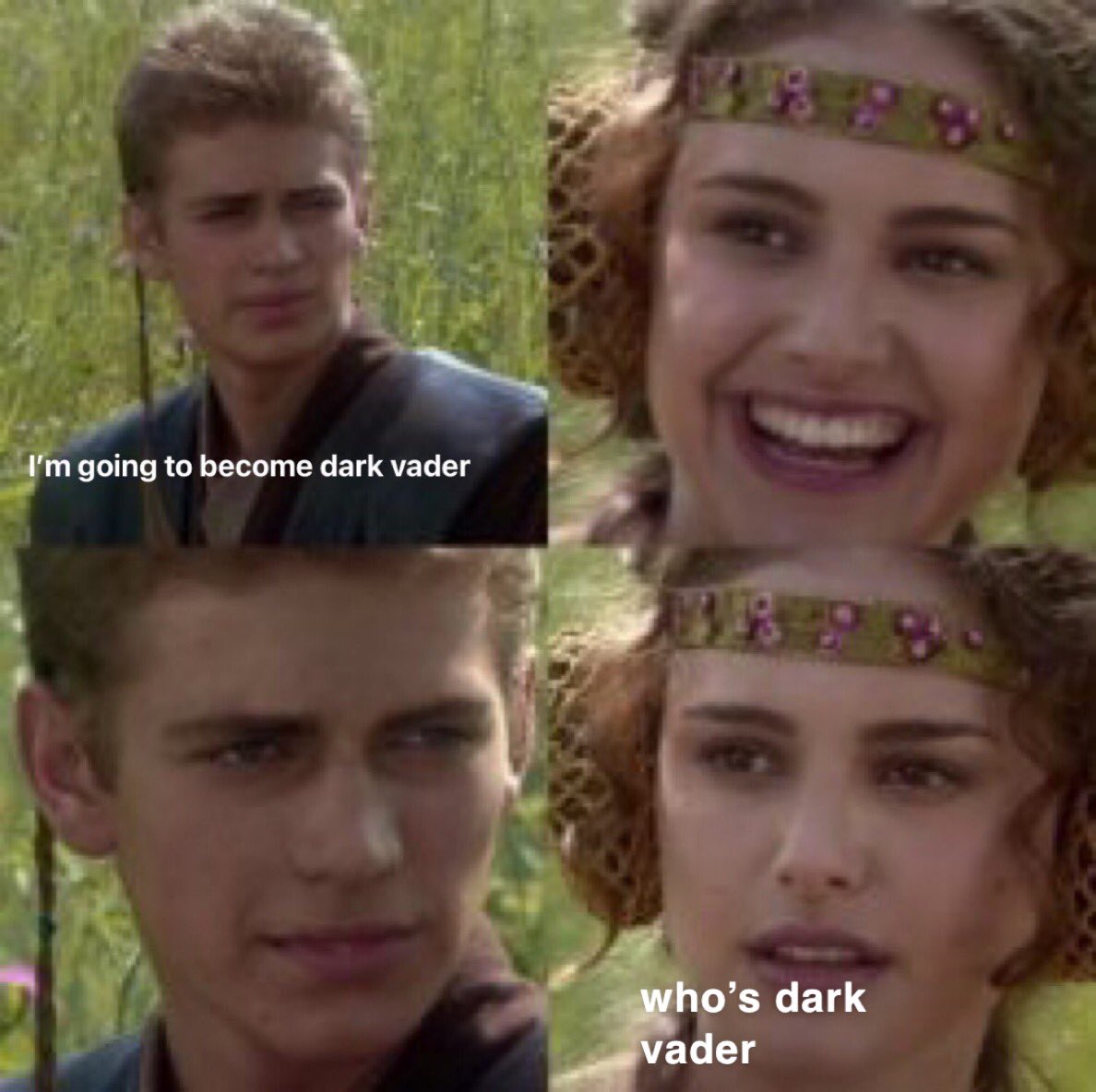 Back in the glory days of the early 2000s, George Lucas managed to just really screw it up by releasing the Star Wars Prequels. Purportedly, this trilogy of films told the story of how a little ventriloquist dummy in the deserts of Arizona grew up to be The Evilest MGTOW in the Galaxy. They kind of did that but – much in the manner of Tommy Wiseau’s The Room – contributed movies so unspeakably bad that we are still joking about it. The writing was terrible. The acting was terrible. The racial stereotyping of Caribbean people, Chinese people, and Slavic people, hiding behind the implausible deniability of rubber masks, was also terrible. The CGI technology, now powerful enough to render decent-looking animations, was deployed in a sort of blood frenzy to create everything from epic battles in the stars to fart jokes. Everyone’s favorite decades-old mythopoeic hero’s journey, populated with bold tricksters and imposing villains, was melted down and reconstituted into vaudevillian self-caricature. It was an exciting time in cinema.

We get to discuss my favorite trilogy today because, for the last two months, a Star Wars meme surged into popularity and then rapidly died back out, like a single-celled organism’s population collapsing after eating all of the available gel in the Petri dish.

The template, according to Know Your Meme, was first posted on Reddit’s r/memes community on April 22. You’ve probably seen it before, but if you haven’t, get ready for a ride.

This is not the actual dialogue of the scene, which you can (and should) view here, but it captures the spirit. To recap, Anakin and Padme are out on a picnic. Anakin is really just doing his best to flirt, but is a weird creep, and instead manages to imply to his politician lady-friend that he thinks that authoritarianism is good:

A springtime scene. Giant ticks gambol in a meadow in the background. ANAKIN and PADME sit awkwardly together.

The trouble [with politics] is that people don’t always agree.

Well, then they should be made to.

By whom? Who’s going to make them?

I don’t know. Someone.

Of course not me.

That sounds an awful lot like a dictatorship to me.

ANAKIN attempts to impress PADME by trying to ride a giant tick, in the manner of a rodeo clown.

The meme disappeared and smoldered underground for a few weeks before reemerging onto Reddit and Twitter in mid-May. From the perspective of r/prequelmemes user u/Torpedo311, who watched the whole lifecycle unfold, “the original meme was funny enough to make you exhale a bit and lend an upvote. Its potential wasn't realised at that point of time, though.”

“The meme format gained sudden popularity about 2–3 weeks later, and flooded every meme subreddit,” he told me. “It was impossible to scroll past 5 memes in hot without seeing this format, and [Reddit’s “sort by new” page] was basically a factory for such memes.”

“Soon enough, memers realised that the format didn't have to be limited to Anakin and Padme's faces, and hence started making the format with other characters. This tiny amount of diversity helped in keeping the meme alive for some more time, since the original format was getting kinda old but still heavily used,” u/Torpedo311 said.

The joke of the meme, of course, is that it distills the scene down into just the red flag, and gives Padme (and the viewer) a beat to appreciate the wider red-flag implications of whatever Anakin’s saying. Although audiences always knew that he was going to go on to become Darth Vader, at the time of the film’s release in 2002, we didn’t yet know that he was going to, for instance, lightsaber a bunch of Jedi kids into bits.

I spoke to Amanda Brennan, an internet librarian and Senior Director of Social Trends at XX Artists, the agency of record for Youtube. And she’s got an eidetic memory for memes (she also used to work at Know Your Meme), which she drew on to try and explain to me how and why this meme exploded at the time that it did. She told me that a really good meme needs to have some kind of recognizable, relatable emotion to really stick, and a lot of potential to recombine or reapply that feeling to different situations.

“The definition of meme that I like to work with is a thing or idea or concept that goes from person to person and changes along the way. So that iteration is really what makes it memetic, how people can take a source material and work on it, riff on it, make something new, and iterate and iterate. It can be an image, or a phrase, anything.”

“We all know this kind of disappointment of like, you want this thing, and then the person that was there is about to disappoint you,” she told me. “Like we know [Anakin] is going to continuously disappoint her.”

Memes from movies like the Star Wars prequels, or even the Lord of the Rings, occupy a unique place in meme culture, because of the nostalgia factor. Ben, the admin of the excellent Twitter account Classical Memes for Hellenistic Teens, who helped to popularize this four-panel meme, put it this way: “I think it's the time they came out, to be honest. They were a pretty formative time for a lot of millennials who still generate Internet culture, and they have gone through many phases of ridicule, ironic enjoyment, and renaissance.”

And Star Wars in particular has such meme-able content – people who haven’t even seen the movie know where “Luke, I am your father” comes from, and possibly also know the well akshually line is “No, I am your father.”

The meme is allowing us to process some deeeeeeeeep trauma from the pandemic, Brennan argued. During 2020 we had a huge influx of people who suddenly had to adopt their mostly IRL lifestyle to the rhythms of the rest of us cave dwellers, and learn how to communicate using gifs, shorthand, and a certain fluency in memes. This created a new audience of people who weren’t as worn out with prequel meme deep cuts, and all had some similar feelings to sort out.

“I've been thinking a lot about how the pandemic has changed me and culture,” Brennan told me. “Everyone had that moment of realization that disappointment was coming in March 2020. They had all of these plans, and [the meme] is that moment. And to see it be a meme now, as the world is reopening and people are finally processing some of those feelings? We can do things again and also grieve over the things that we have missed and feel that disappointment and loss, but we’re making it through and we’re doing new things. And like, that's an emotion that we as a culture are processing, and why this meme has had legs.”

The meme captures the moment before the facade cracks: just before the disappointment, despair, and grief rush in. It’s not a confirmation of any of those things – it’s the feeling of a tilt just before.

Alas, the brightest fires burn half as long, and now the meme only appears sparingly in r/new and elsewhere. Shine on, Padme Amidala, and may your disappointment be brief.

Does the BBC cover politics evenly?