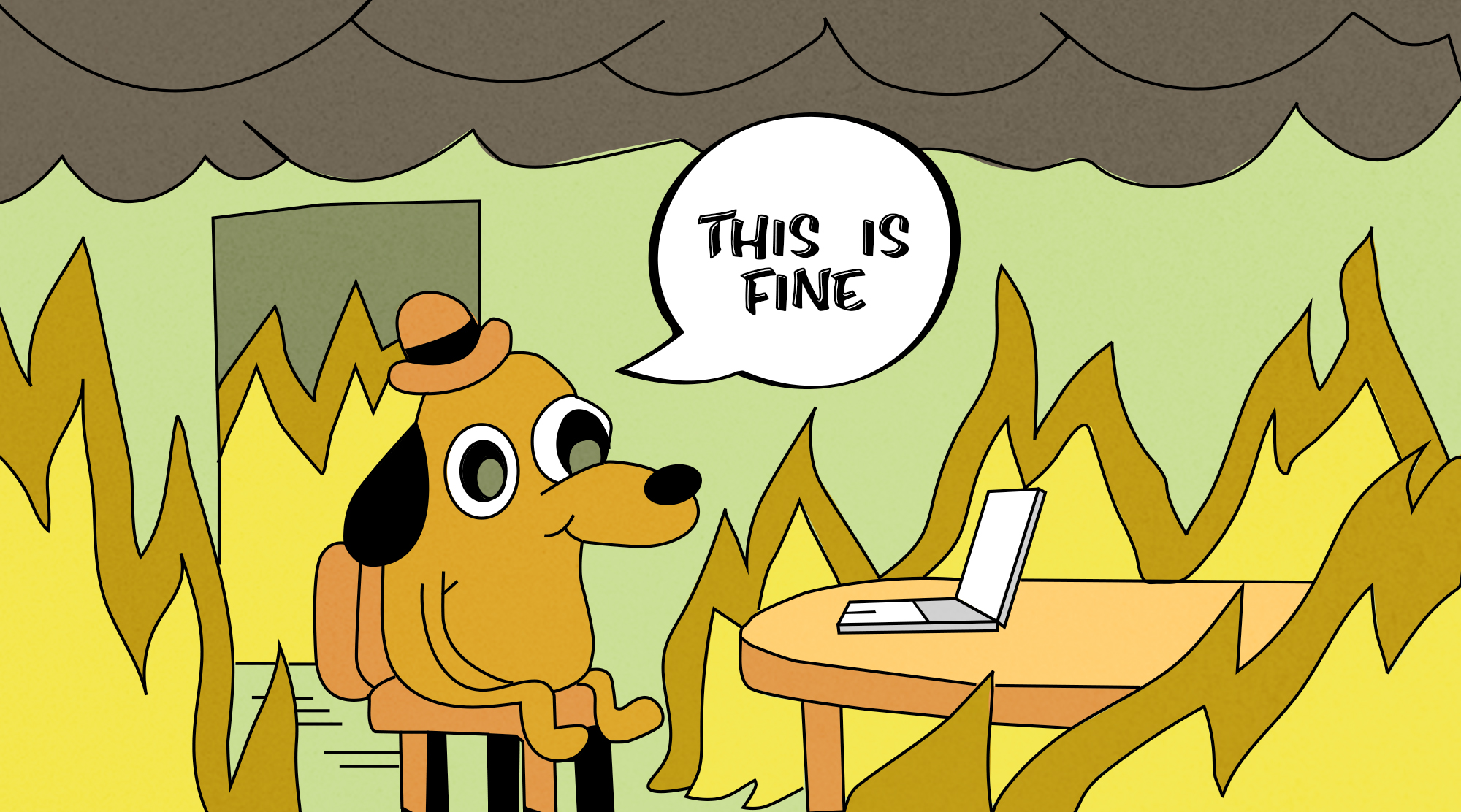 Whenever I’m asked about my job, I usually say that learning about conspiracy theories is fascinating. But not once have I ever openly talked about the emotional toll of debunking misinformation, about how sometimes you just feel burnt out. Sometimes, when you are in a particular situation and you read a conspiracy theory that specifically relates to that situation, it can feel a bit too close to home. You start to wonder if some outlandish claims are actually true – even though you know the claims are unsubstantiated and have been amplified by unverified sources.

Recently, my husband and I both received our first dose of the Pfizer-BioNTech vaccine. I was elated at the thought of finally getting some protection and taking one step closer to normalcy. But later, when my husband came down with a fever, I started to worry. Early that day, I had come across a claim about a woman suffering from waist-down paralysis after taking the same vaccine. When I looked into it, I found that the woman had a history of epilepsy and was only temporarily paralyzed  – information that had not been included in the claim. But even though I knew the claim lacked context, and even though I knew the vaccine wouldn’t cause my husband to become paralyzed, I was still worried.

When I expressed these thoughts to some of my co-workers, I realized how common it is to be affected by misinformation in this way.

Edie Miller, Logically’s Head of Content: I found what happened to U.S. doctor Sara Beltrán Ponce’s posts really affecting. Beltrán Ponce shared a photo of herself getting vaccinated against COVID-19 at 14 weeks pregnant. Less than a week later, she tweeted that she had suffered a miscarriage at 14 and a half weeks. Anti-vaxxers jumped on these posts, using Beltrán Ponce’s personal tragedy to further their agenda. At the time, I was around eight weeks pregnant with my second child, and found the idea of a people using another person’s miscarriage to scaremonger about vaccination, even calling a grieving mother “ignorant” for having been vaccinated, really distressing. Studies show there are no links between vaccination and miscarriage, and that COVID is particularly dangerous when caught during pregnancy. I’m 23 weeks pregnant now and hoping to be vaccinated soon, to protect me and my baby.

Being elbows-deep in far-right and extremist rhetoric can be mentally and emotionally exhausting.

Joe Ondrak, Logically’s Head of Investigations: I tend not to feel nervous about the potential reality of claims. At most, disinformation efforts are good at over-egging information that could be a cause for concern without their additional falsehoods. However, as a lot of disinformation has an affinity towards more extremist content and groups, constant exposure and being elbows-deep in far-right and extremist rhetoric can be mentally and emotionally exhausting. Having a dog in the room certainly helps with investigations sometimes.

Anonymous: When I found out I was pregnant, I found it much harder to sift through anti-vaccine claims online, particularly when they mentioned babies. My brain was telling me it's nonsense, while a weak voice in my head would occasionally wonder if they were right. Probably the most striking example was when I came across claims that COVID vaccines cause miscarriages. It literally made me doubt for a bit whether I should take it (the fear was clearly irrational). But then read lots on it from reliable sources, unpicked some of the alleged miscarriage stories cited as evidence, and decided to get the vaccine in the end.

Is it truly humane to “well actually” people who are grieving, traumatized, or just simply affected by what happened this past year?

Anonymous: A lot of people have jumped on the “fake news” train because they like feeling superior and better than others and use “fact checking” as a chance to show how smart they are. There were times during the first year of the pandemic I wasn't able to approach [the misinfo] in a way that treated people with humanity. It is well known now how much the government messed up their comms, and then a lot of people were making claims which didn't seem to come from malice but just pure confusion at what was being said to them. I worked alongside a lot of people very focused on what the data said etc. And I always felt that failed the people affected by COVID; yes we can point to a chart and show that transmission is low outdoors or fewer people are dying, but is it truly humane to “well actually” people who are grieving, traumatized, or just simply affected by what happened this past year?

Jordan Wildon, OSINT Analyst: When you work in this field, you spend a huge portion of your day reading some of the worst humanity has to offer. You can't switch off your brain when you log out, resulting in those of us working on countering disinformation slowly conditioning ourselves to have invasive thought patterns that we don't agree with, or struggling to turn off the mechanism that tries to calculate if something is true or not, meaning we never really unwind.

Over the course of the day, we almost exclusively look at things that are incorrect, illogical, and sometimes simply disturbing. Outside of work, your brain defaults to those thought patterns when you least expect it, partially because we work hard to deal with irrational thoughts. At times, I've had to stop a film or TV show I'm watching because some topics trigger that defense mechanism and you go from trying to unwind and enjoy something to being unwillingly analytical about everything you see. It's exhausting and results in not being able to enjoy things without worrying about the information presented and what its impact on society could be.