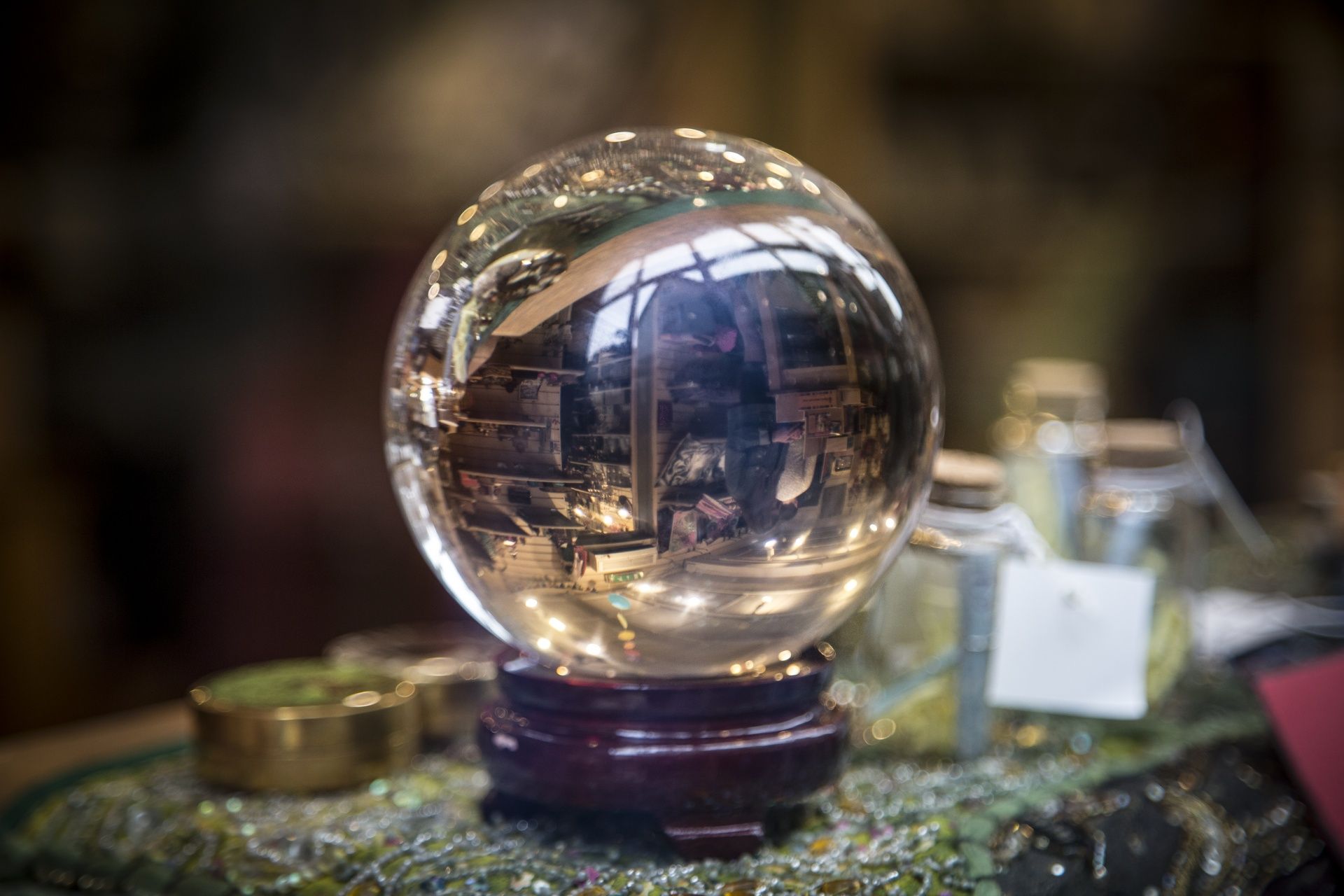 On the 26th of December 2019, a full week before the World Health Organization was called to investigate cases of a novel coronavirus causing respiratory failure in Hubei province, the Russian polygraph based talk show Na Samom Dele interviewed Stoyan Petrov, an interpreter for the blind Bulgarian clairvoyant Baba Vanga.

Baba Vanga, who was born in 1911 and died in 1996, was hailed as the “Balkan Nostradamus” and rose to great popularity in Bulgaria and Russia. Petrov claimed that Vanga had left a secret prediction about an unknown virus that would spread around the world in 2020. On February 2, another episode of Na Samom Dele was dedicated to Baba Vanga. The host recalled Petrov’s statement about the virus and claimed that “two weeks after the first episode China was taken over by coronavirus”.

When the coronavirus pandemic reached Europe and the US, Baba Vanga’s predictions were once again picked up by media in Eastern Europe. In March, a number of Bulgarian media outlets released a story about Neshka Robeva, a former Bulgarian gymnast, who reportedly met Baba Vanga and received a prediction from her. According to Bulgarian media, Baba Vanga told Robeva “Corona will be all over us”. The reports suggested that Robeva wrote about Baba Vanga’s prediction on her social media feed. But on closer inspection this trail appears to dry up; while it’s true that Robeva mentioned Baba Vanga in one of her Facebook posts, calling her “Aunt Vanga”, rather than the usual “Baba”, meaning grandmother, there is no evidence of the coronavirus related prediction on Robeva’s Facebook page.

At the same time Baba Vanga once again appeared in Russian media outlets. In addition to the questionable Bulgarian story, some outlets found their own sources of information. Participants in the Russian competitive psychic TV show “Bitva Extrasensov” (“The Battle of the Extrasensory”) reported sections of  Baba Vanga’s apparent prediction:

An ‘expert’ on the show explained that by the “mirror year” Baba Vanga meant 2020, by “the yellow”; she meant China, and “old disease” means a disease similar to plague, explained one of the experts.

Media outlets also quote biologist and immunologist Marina Zueva, who supported the characterisation of the novel coronavirus as an “old disease”, though what counts as “old” here is clearly relative. Zueva explained that human coronaviruses were first discovered in the 1960s, for Zueva this qualifies as old, and therefore fits with the pattern of Baba Vanga’s predictions (though if it came about in the 1960s it would probably be more accurate to characterise human understanding of coronaviruses as distinctly middle aged).

So far the Baba Vanga story as it appears in Russian media relies on evidence from different people who claim to have received the coronavirus prediction from Baba Vanga personally. Among them are participants of an entertainment show and a retired Bulgarian gymnast, who apparently has never made such a statement. A couple of helpful biologists and immunologists have been called upon to lend credibility and to corroborate the science behind the predictions, but the help they provided is flimsy even given the subject matter.

But what about the date? Does any of this matter if the first mention of this on Russian TV was before the outbreak of the disease itself? Well…it wasn’t. Chinese state broadcaster CCTC reported “a new viral outbreak” on December 12 and the Chinese Center for Disease Control and Prevention published an article about “pneumonia of an unknown cause” on December 20. The Guardian has since reported that the first case in Wuhan may have been as early as November 17.

So why have Russian state broadcasters been so keen to run with a false story about a mystic who died in 1996 predicting a global pandemic? There are two broad reasons; one is the popularity of mysticism on Russian television in general. Contestants from Bitva Extrasensov are frequent guests on the many talk shows and magazine shows that make up Russian light entertainment circuit, and they’ve been keen to join in with the pushing of coronavirus conspiracy theories to stay relevant and drive ratings. Season 13 finalist Fatima Hadueva released a media comment on the COVID-19 outbreak,  managing to combine several different conspiracy theories. Hadueva claims that the coronavirus changes the DNA and controls minds, saying “when a certain information program is launched, those who have this virus in the genome, will do what they are ordered to do.”

The second reason, however, is more political. Baba Vanga’s predictions in general tend to have an anti-West theme, and it seems she’s an enthusiastic, if posthumous, supporter of Vladimir Putin. It’s traditional for media outlets to report New Year predictions attributed to Baba Vanga, and 2020’s included her expectation that “Vladimir the Great” would rule Russia, as “he was born in order to glorify the country and make it one of the most powerful ones on Earth. Vladimir will unite all Slavic peoples against a common enemy and will be able to revive Orthodox traditions from the ashes.” Baba Vanga’s New Year predictions can usually be relied upon to project a very bright future for Russia, occasionally complicated by sufferings and difficulties, which will be overcome so that the country can reach a “new Golden Era.” The future of the US and Europe, according to Baba Vanga, is generally less bright and marred by catastrophes, crises and wars.

Following this theme, the coronavirus prediction seems to have been formulated to promote a feeling of Russian exceptionalism. Russian state media have reported that the crisis is under control in Russia, so pushing Baba Vanga’s predictions, aggregated with her pro-state agenda, serves the comforting purpose of drawing the outbreak of COVID-19 as not an unfolding crisis, but a foregone conclusion whose outcome is pre-ordained.

No New Lies: In Soviet Russia, the Chamber Echoes You

This is the second instalment in our series No New Lies, where we explore how misinformation, disinformation and conspiracies from history can help us understand the politics of the present. This week, the story of 1948 presidential candidate Henry...