Updated UK Guidance on Vaccination in Pregnancy: Too Little Too Late? 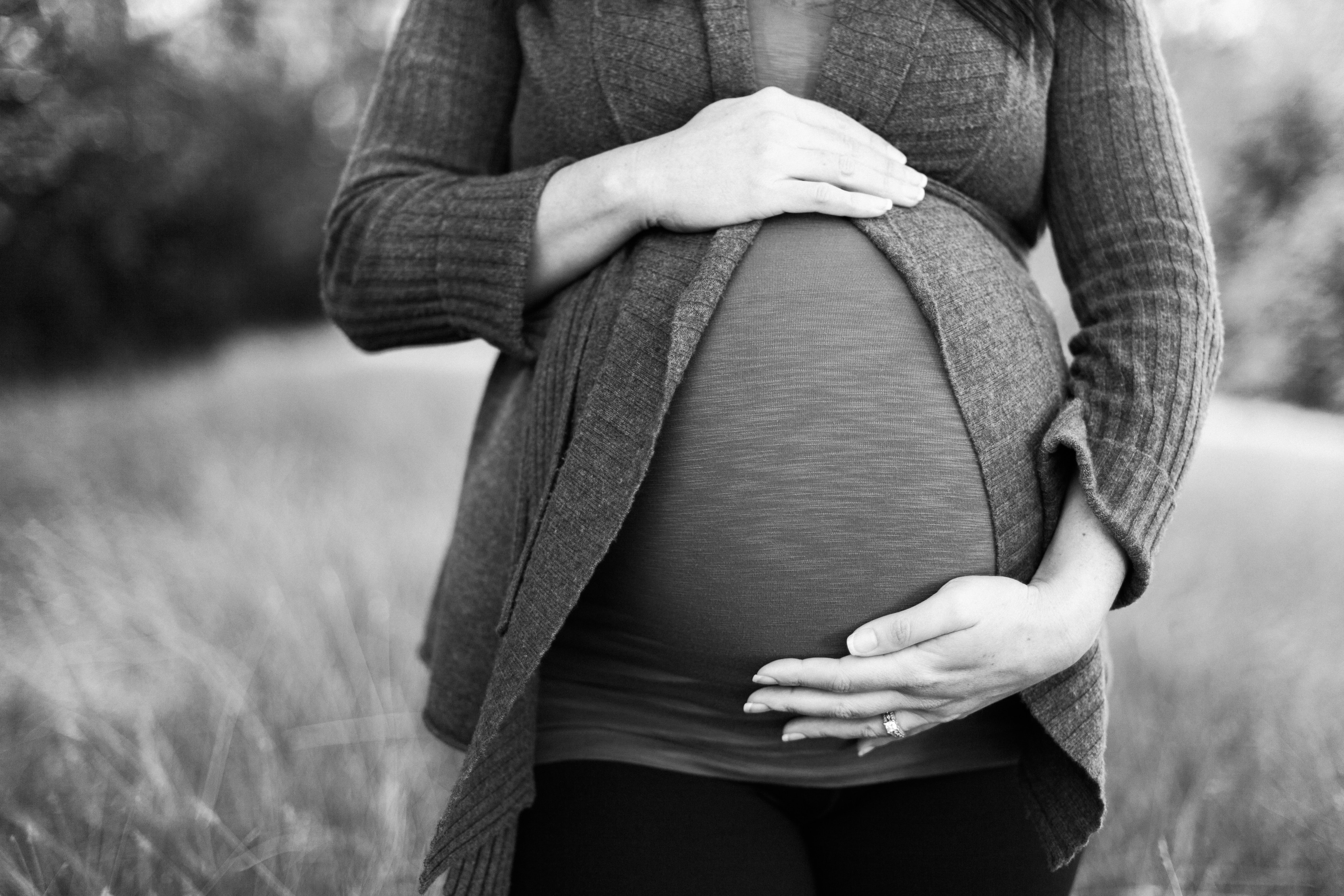 On December 8, when Britain’s first COVID-19 vaccination was delivered, official government guidance stated that people who were pregnant, breastfeeding, or planning to become pregnant should not receive it. The reason given was that these new vaccinations had not been tested on pregnant or lactating women. Opposition to the decision was immediate. Pregnant and breastfeeding healthcare workers mobilized, pointing out the similarities between COVID-19 vaccines and other vaccines safely given during pregnancy, and drawing examples from other countries. Across the U.S., pregnant women were being prioritized for vaccination because of the particular risks posed by COVID-19 in pregnancy.

Pregnancy weakens the immune system. Pregnant people who contract COVID-19 are three times more likely to end up in intensive care, and their babies are 50 percent more likely to be born prematurely and to need critical care themselves. The researchers studying the effects of COVID-19 on pregnancy are not surprised by these findings: other novel coronaviruses such as SARS and MERS had similarly devastating effects on pregnant people and their babies. Yet throughout the pandemic, women’s reproductive health has been, as ever, an afterthought.

It took extensive lobbying for the U.K. government to change its guidance. From December 30, the ban on vaccination while breastfeeding was removed, and guidelines were quietly updated to state that pregnant healthcare workers or clinically extremely vulnerable people could receive the vaccine. They could only do so following a conversation with a doctor and after stating that they were aware of the unknown risks posed by the vaccine in pregnancy.

On April 16, the guidance was updated again. All pregnant women can now receive the vaccine and are being encouraged to personally weigh up the risks and benefits.

I’ve been following this closely: I found out I was expecting my second child after six months of shielding, and just weeks before it was announced that “clinically extremely vulnerable people,” like me, wouldn’t be eligible for vaccination while pregnant. As the official guidelines began to shift, the message remained muddled. At my 12-week antenatal appointment, a midwife advised that I shouldn’t take a vaccine we “didn’t know enough about.” When, a few weeks later, I was invited for vaccination, I phoned my GP for a consultation about my decision, as advised in the guidelines. My surgery told me to contact the midwife, who in turn told me to contact the GP.

In the end, I turned to the internet for medical advice. I was fortunate that a charity I follow on Instagram, Pregnant Then Screwed, had compiled a story on pregnancy and the vaccine. It flagged research by a team at Imperial College London as well as pilot studies in the U.S., suggesting the safety of the vaccine for pregnant people. When I arrived at the vaccination site, I was also lucky that I was given a vaccine without having had a prior doctor’s consultation. A number of clinically vulnerable pregnant friends, in spite of having spoken to their doctors, have been turned away from vaccine clinics where you are asked as a matter of course to confirm that you are not pregnant.

This down-to-the-wire decision making has cost the confidence of many women.

Many will see the most recent update to the guidance as coming “just in time.” With the vaccine rollout now weeks away from reaching those under 45 years old — the period in which pregnancy is more likely — women vaccinated alongside their age group will be spared the confusion that was faced by clinically vulnerable or front-line pregnant women in the early months of 2021. But this down-to-the-wire decision making has cost the confidence of many women who, like me, sought information online in the absence of clear and timely government guidance on vaccination and pregnancy.

Scientific misinformation spreads fast. In December 2020, a blog post falsely claimed that a senior scientist at Pfizer had stated that the vaccine could cause antibodies that would attack the placenta in pregnancy. Instagram is awash with such anti-vax propaganda, including photos of fake news sites claiming that “miscarriage rates rose 600 percent following vaccine rollout,” or that breastfed children of vaccinated mothers were being admitted to hospital with severe rashes. A survey conducted in late January and early February of this year revealed vaccine hesitancy was higher in young women than young men and that the group of women most reluctant to be vaccinated (21 percent) were those living with a dependent child age 0-4, who often cited concerns about pregnancy, breastfeeding, and fertility.

During lockdown, I joined a number of local mums’ groups on Facebook. In recent weeks, conversations have turned to vaccination. On post after post, the consensus is that “we don’t know enough” about the vaccines’ effect on feeding or fertility, and that it is “best to wait,” especially as COVID-19 has a high recovery rate for the under 50s. Most of the women posting on these forums are at pains to point out that they are not anti-vaxxers, and are up to date with all of their children’s routine vaccinations and their own flu jabs. It is the vaccine “hesitant,” rather than opposed, who will account for the vast majority of Britain’s unvaccinated population.

A similar campaign, targeted at younger women, is needed to redress the months of confusion and delay surrounding the vaccine and pregnancy, fertility, and breastfeeding.

Professor Julie Leask at the University of Sydney argues that public health officials need to inoculate those it plans to vaccinate against false information. Governments can only prevent people relying on informal networks and social media for medical information if they provide clear information, delivered in advance, about vaccination. In Britain, a public health campaign targeting minority ethnic communities has aimed to address high rates of vaccine hesitancy. From mid-January to mid-March, rates of recorded vaccine reluctance among the Black community fell from 44 percent to 22 percent. A similar campaign, targeted at younger women, is needed to redress the months of confusion and delay surrounding the vaccine and pregnancy, fertility, and breastfeeding.

It is not a coincidence that young women and ethnic minorities — groups that have had their pain systematically minimized by medical professionals, and whose concerns have often been placed outside the purview of funded research — are those least likely to consent to novel medical treatments. In a healthcare system that will only research the cause of your third consecutive miscarriage, that can tell us the symptoms but not causes of pre-eclampsia or colic, of course, women are going to social media and “natural” remedies for answers. It is not a surprise that the U.S. anti-vax movement originated in mothering circles: childbearing and childrearing put a huge burden of knowledge on individuals who lack support, education, and information.

The kinds of choices pregnant women are being asked to make are by no means unique to the pandemic.  For problematic ethical reasons, the vast majority of drugs — like COVID-19 vaccines — have never been tested on pregnant women. Some argue that the fetus cannot meaningfully consent to a trial in which it will, by default, be affected. Others that pregnant women are more vulnerable and susceptible to coercion: they cannot, in their condition, provide informed consent. The lack of research into the effects of medication on pregnancy means that women who rely on treatments ranging from antidepressants to immunosuppressants are asked to make difficult personal choices. These choices are often presented as the certainty of their continued health, versus an unknown risk to their unborn child. As a result, many women will struggle through their reproductive years sacrificing their own health.

In making decisions about their care in the absence of medical trials, the best that most pregnant women are left with is data on those who, before them, continued with medical treatments in the face of limited evidence. In the U.S., where pregnant people are being prioritized for vaccination, 189,000 have signed up for informal cohort studies that will track their health and that of their baby following vaccination. Early studies have suggested that, far from posing a risk to the fetus, babies of vaccinated people are being born with COVID antibodies. The breastmilk of vaccinated people seems to be delivering similar immunological benefits.

In a country where vaccination in pregnancy was greenlit from the beginning, an entirely different culture around vaccination has emerged.

Online influencer mothers in the U.S. are now photographing their babies in onesies proclaiming “my milk was spiked” in celebration of these benefits. In a country where vaccination in pregnancy was greenlit from the beginning, an entirely different culture around vaccination has emerged. Britain has missed the chance to portray vaccination as positively protecting the health of young women and their children and a generation of young women now believe that they are faced with a choice between their own health, and that of any current or future pregnancies.

Formal vaccination trials on pregnant people are about to begin, but it is likely to be months before official results are known. Until then, it seems likely advice in the U.K. will retain its focus on personal choice for pregnant women, failing to properly lay out the dangers of COVID in pregnancy, and the safety of the vaccine. This is, of course, just one of a litany of ways women have been let down during a pandemic that has exacerbated existing inequalities. The last year has seen women leave work in disproportionate numbers to care for children. COVID-19 has created conditions in maternity care that will, no doubt, leave physical and mental scars for decades. Now, with mass vaccine rollout, women have once again been left behind.

Dr. Emily Baughan is a historian of imperialism, humanitarianism, and childhood at the University of Sheffield.