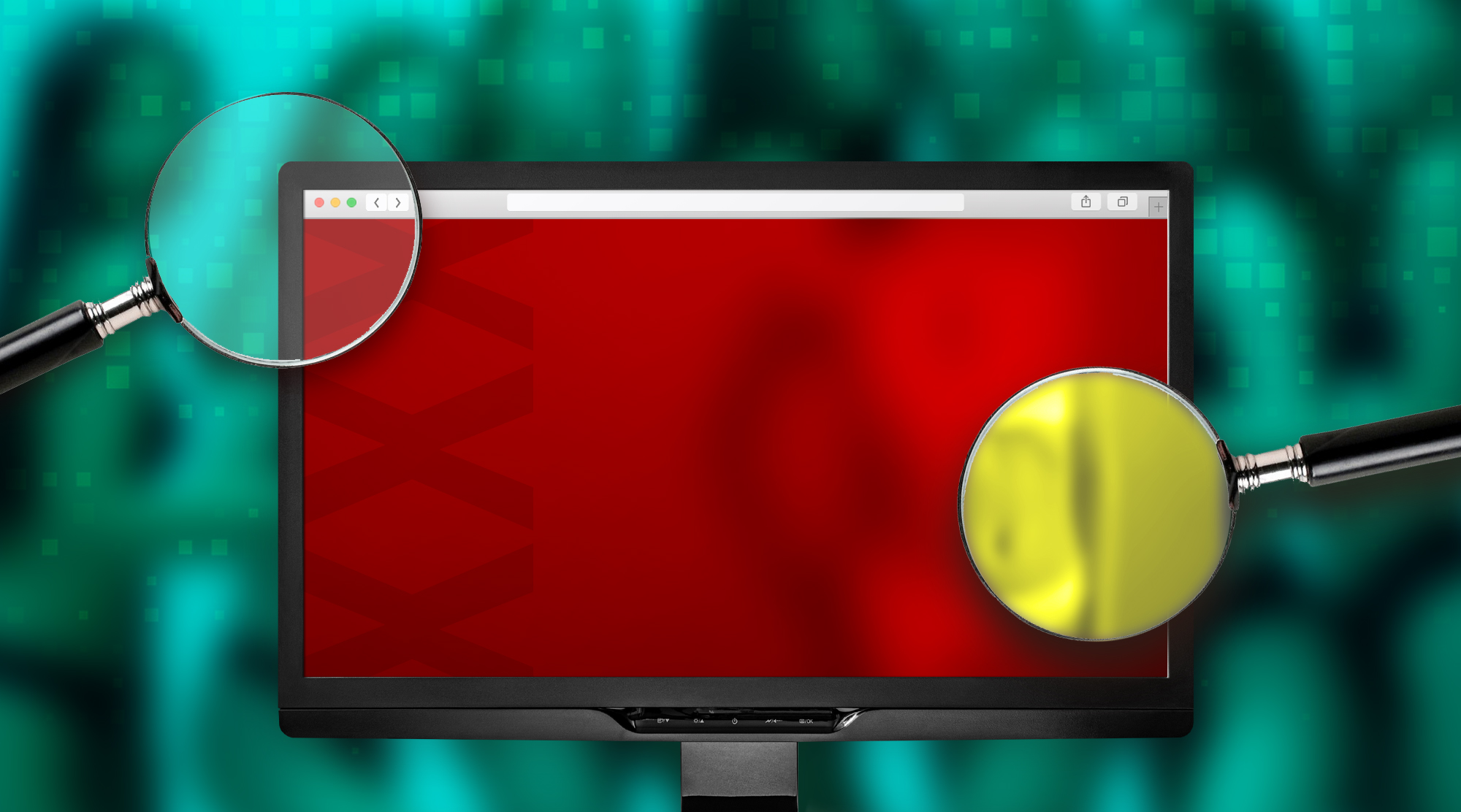 On Feb 13, 2021, several media outlets reported that Uttar Pradesh police had announced plans to monitor internet users’ pornography consumption, allegedly as as a move to curb crimes against women. Clarity around the program is severely lacking however: there are questions about when the program was launched, how far reaching its powers are, and who has been hired to assist in the effort. Additional Director General of Police Neera Rawat, who oversees the “Uttar Pradesh Women Powerline 1090” said "in view of the increasing use of the internet, the powerline 1090 would also reach out to people to prevent crimes against women.” The campaign, titled Hamari Suraksha, involves a system whereby police will be alerted if a person searches for porn. The user will also get an alert message and the information will be saved in the police’s database.

Much of the reporting on the announcement suggested that the UP Women Powerline, the task force behind the new powers, was itself newly launched. This however appears to be false. The official Women Powerline 1090 twitter account shows that the powerline and attached task force has existed under the same name since February 2018. The Hamari Suraksha campaign does appear to be a new initiative however. Announcing its launch, Rawat said: "To study the analytics of the internet, a company named 'Oomuph' has been hired, which will keep an eye on what is being searched on the internet through data. If a person sees pornography, the analytics team will get the information.”

The news also triggered concerns about infringement of privacy and whether this was a part of a broader surveillance move. In January this year Lucknow police announced plans to equip public places with AI-enabled cameras that will identify women in distress on the basis of facial expressions and alert the nearest police station. The Internet Freedom Foundation, an NGO that advocates for online freedom and privacy filed an RTI with the UP Police inquiring about the terms of the agreement entered into with the company and whether any standard operating procedure had been decided on.

On Feb 16, the official Twitter handle of the UP Women Powerline 1090 tweeted in response to IFF’s tweet regarding the RTI. It stated: “The Uttar Pradesh Women Powerline 1090 has launched a digital outreach programme called “Hamari Suraksha” under which an elaborate digital roadmap has been laid for the safety of women. Under this campaign, awareness will be created among the people about 1090 through digital platforms. We will also aim to educate people on creating safe spaces for women and children. Along with this, ultra-modern technologies like artificial intelligence and psychographics will be used to send pop-up messages to those who search for child pornographic content on the internet for sensitizing them.”

As opposed to the previous announcement which implied any kind of consumption of pornographic content would alert the police, the WPL’s response to IFFs’ RTI indicated that only those who view child pornography would be on the radar. The clarification was only published by The Times of India and India Today. The TOI reported that a technical expert who is a part of the digital outreach programme had said that no vigilance will be maintained on users viewing any particular site and that the team would be working with Google feeds. The report also stated that a pop-up message would show when someone opens a child pornography website. Other media outlets that had reported the UP Police’s announcement are yet to update the story or report the clarification.

Despite the clarification, the details remain unclear as to how exactly “Oomuph” will help the UP Police in its campaign. As initially reported, Rawat had said that the company named Oomuph would “study the analytics of the internet” and “will keep an eye on what is being searched on the internet through data.” Oomuph however does not have a website and for that matter, no information about the company is available in the public domain – not even an address or a contact number. A quick search of the Ministry of Corporate Affairs website shows that no registered company exists by the name of Oomuph.

However, there are six companies registered under the name Oomph. It’s possible that the name of the company could have been misspelled in the initial reports, but there is no way to be sure because out of the six companies named Oomph,  none seem to provide services that clearly align with the UP Police’s requirements.

There is no information yet about the laying down of any standard operating procedure as enquired by IFF and no explanation about how the monitoring will be done and whether it would be done in a way that doesn’t infringe on the citizen’s rights. Anushka Jain, associate counsel (Transparency & Right to Information) at the Internet Freedom Foundation told Logically, “What with storage, dissemination or browsing child pornography already being illegal in India (under Section 67B of the Information Technology Act), I don’t understand the need to maintain extra vigilance. How are they going to carry out this exercise is the biggest question. If this is only meant for people who are accessing child porn then why haven’t they taken down such content and why is it still online? And if they are keeping an eye on each and every person then it amounts to intrusion of privacy and there is also a presumption of criminality being applied on everybody that is again very problematic.”

In 2018, the debate was resuscitated and the government again directed ISPs to ban 827 websites following an order by the Uttarakhand High Court. The court had directed blocking of pornographic websites citing an incident where a teenager was raped by four of her seniors, who according to the police had committed the act after watching pornographic content on the internet.

Besides the lack of clarity on how the exercise will be conducted and what kind of porn will be monitored, the other looming question is the program only concerns child pornography, then whether such a move can actually help curb crimes against women. Alok Prasanna Kumar, senior resident fellow at the Vidhi Center for Legal Policy says, “There are not a lot of details in the public domain on how the tracking system will work and what the helpline is supposed to do and it is possible that the information may have been misrepresented but there is no established scientific link between watching pornography and crimes against women. The UP Police is proceeding only on the basis of wild assumptions and theories with no basis in fact.”

The possibility of privacy breach and the fear of the data being misused and whether there would be a mechanism to stopgap excesses is also a matter of concern. Kumar explains, “While the specifics are unclear at the moment, this would, in my view, amount to a clear breach of an individual's privacy. Unless there's an allegation of a crime being committed and unless such combing is in pursuance of the Information Technology such efforts by the UP Police are illegal and by default amount to a misuse of their powers. The appropriate remedy for citizens would be to file an Article 226 and demand that UP Police immediately stop this programme as a large scale violation of fundamental rights. I don't want to comment on long-term repercussions at the moment but it could spell more trouble for them since it breaches their privacy.”

Nappinai says, “Such state-wide panopticons to monitor and restrict that which law enacted by parliament does not, [are] a blatant violation of fundamental rights and unsustainable in law. Repeatedly, the Supreme Court has warned against excessive government or executive actions that violate citizen rights. The Puttaswamy judgment unequivocally mandates the following for any restriction of the fundamental rights of Indian citizens - need for a legitimate law, for legitimate State aim and the purpose of which is not excessive or disproportionate. The proposed monitoring action is clearly violative of all of the above parameters. And ironically, this move that touts to make safety a less pressing concern for women can affect the freedom they exercise in online spaces. Too many intrusive and violative actions are being explained in the name of women safety whilst there is no real increase in safety for women actually. These actions have to be prevented or if permitted under law, heavily regulated to prevent abuse. Without these checks and balances there is clear risk of misuse.”

The rise of the 24-hour news cycle in the US is largely credited to the grim spectacle of the OJ Simpson murder case in 1994. Since then, cable news, then online news, and then social media platforms have all scrambled mercilessly for our attention.

In the wake of the horrific school shooting in Uvalde, Texas, a Republican house representative from Arizona, Paul Gosar, amplified the false rumor that the perpetrator was a trans woman and undocumented immigrant.