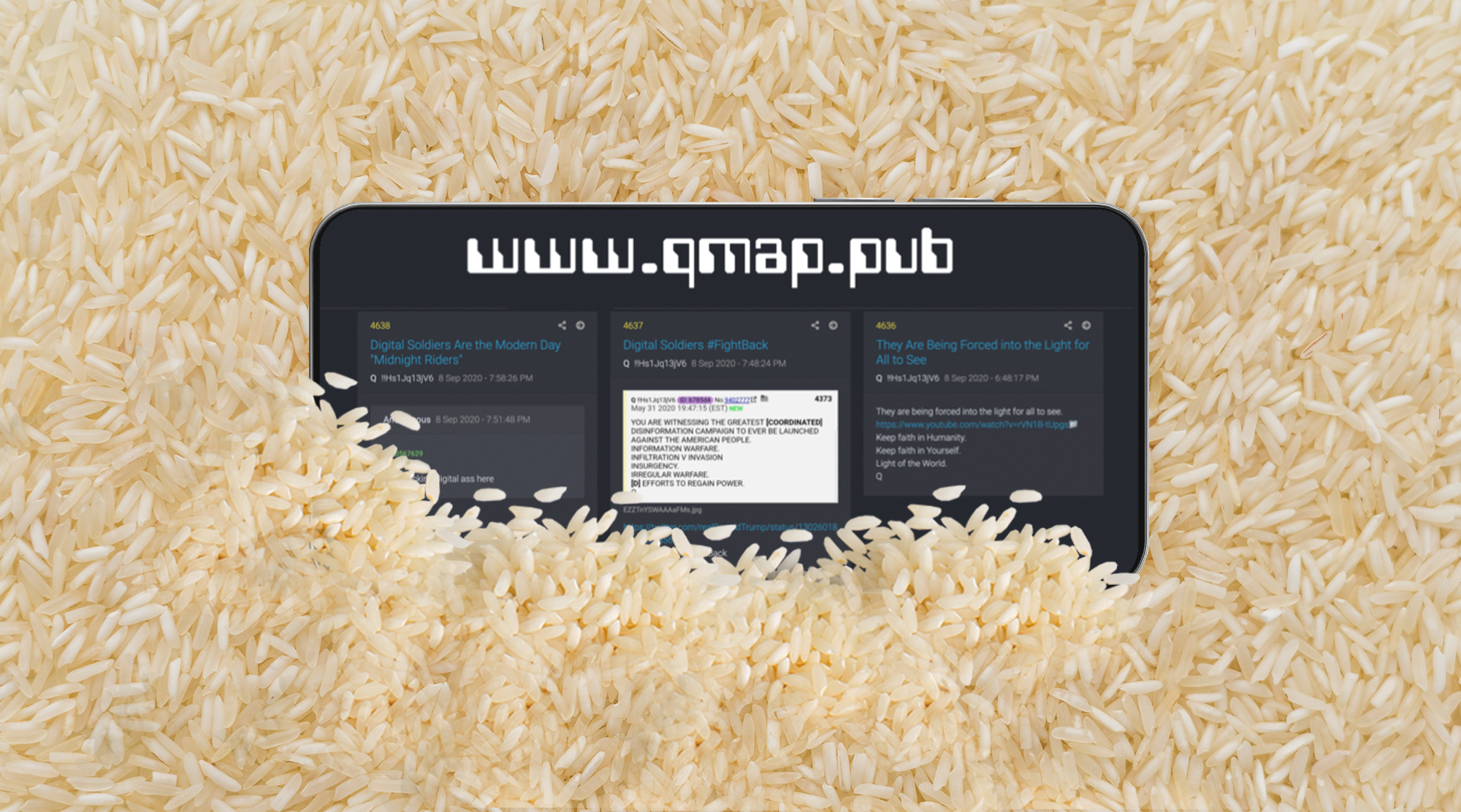 Joe, Senior Researcher - Off the back of our report revealing the man behind QAnon’s most influential website, William Turton of Bloomberg tracked Gelinas down for comment. Gelinas stated that “I’m not going to comment on any of that”, before claiming that QAnon is “a patriotic movement to save our country”.

As a bonus, I recommend following a new Twitter account posting in-depth analysis on the early days of Q and the reception to his posts on 4chan.

Nick, Contributing Editor - Forgive me for recommending my own tweet but the screenshot in there is gold. After our recent investigation into QMap led to the site being taken down, we noticed that some Twitter users were desperately seeking guidance on where to find the newest drops from their favourite superguru. One particular boomer, however, took the cake, leaving many to speculate that one of the Internet’s first memes may be the 2020 hero we never knew we needed.

Devika, Senior Fact Checker - Last week, the United States commemorated the 19th anniversary of the September 11, 2001 terror attacks. Terrorism in the 21st century has mostly been associated with groups like the Al Qaeda, Taliban, and the ISIS. However, since 2019, the Center for Strategic and International Studies found that 2/3rds of the terrorist incidents in the US were carried out by homegrown extremists from the far-right, which were directly or implicitly inspired by QAnon.

This article looks into the shift from foreign terrorist organizations to homegrown far-right threats currently affecting the United States. For the first time, the FBI labeled “conspiracy theory-driven domestic extremists” as a growing threat in May 2020. As we approach the US elections and see continuous growth in conspiracy theories and the threats they pose, Logically has been closely tracking developments within the QAnon community, and we have lots more coming soon.

There’s been a lot of terrific follow-up reporting on our investigation into QMap last week. As per Joe's recommendation, William Turton of Bloomberg deserves huge credit for independently confirming our story and getting a statement from Gelinas himself.

However, I wanted to give a shoutout to the first follow-up we saw, from Pam and Russ Martens of Wall Street on Parade, which also adds some fantastic detail and context to the story that we missed. Of particular interest are some findings concerning the data which Gelinas' apps had permission to collect from its users, and some (honestly a bit hilarious) context about some of the troubles that Citigroup, Gelinas' employer, has had in the past year. They also gave our report my personal favourite review of the weekend, calling it a ‘breathtakingly detailed outing'; a benchmark we can only hope to live up to in future.

You can read it here.

Kristina, Disinformation Researcher -Last week at Logically was dedicated to the QAnon conspiracy theory. Despite logical arguments and evidence, many continue to believe in Satan-worshipping pedophiles and adrenochrome. No matter how ridiculous it may seem, the conspiracy theory directly impacts many people. Lisette Voytko from Forbes talked to cult deprogrammer expert Steve Hassan about how you can speak to QAnon victims and help them.

You can read it here, and follow Lisette here and Steve here.

Ishaana, Researcher - Just to prove we haven't forgotten the world of disinformation outside QAnon, here's an unrelated recommendation. Lately, I’ve been a bit obsessed with the ‘Hidden History’ series from Narratively. 'The (Literally) Unbelievable Story of the Original Fake News Network' is a fascinating read (or listen if you like) on how the CIA brought down a perfectly legitimate democracy led by Colonel Jacobo Armenz Guzman in Guatamela by way of fake news in 1954. Surprisingly most Guatemalans knew this and this modus operandi is being made use of in politics today. Read this superb investigation here and follow Sylvia Brindis Snow, Shane Snow and Brendan Spiegel on Twitter.