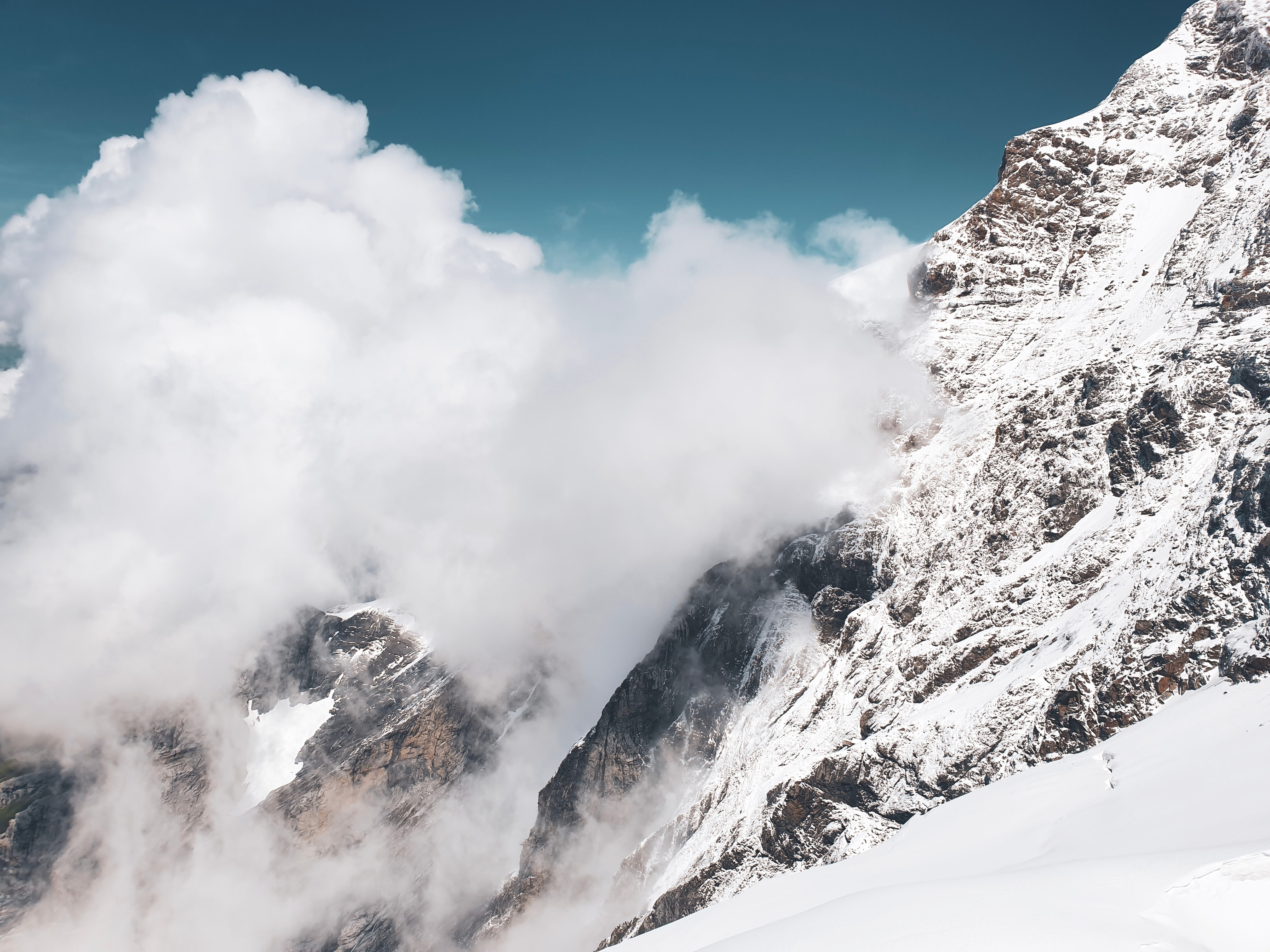 We're excited to unveil a guest researcher spot in Tinfoil Digest, where we welcome someone smart and interesting from the world of disinformation research to provide a recommendation of their own. In this month's edition, you'll find an entry from Mike Rothschild, as well as the Logically team's own recommendations about QAnon believers in the yoga world, Iraq War myths, and the Dyatlov Pass incident.

Mike, Conspiracy Debunker and Author — Since the Capitol insurrection has dominated the discourse this month, I chose a story from Bellingcat. The exhaustively researched article traces the evolution of insurrection casualty Ashli Babbitt from proud Obama voter in 2016, to anti-establishment libertarian in 2018, to full-throated QAnon believer in 2020. This, of course, was a journey that ended with her being shot dead by a Capitol Police officer, but not before posting a slew of QAnon slogans and boosting election fraud conspiracy theories. Her shift from liberalism to Q was powered by her hatred of Hillary Clinton—something that I've seen many other times in QAnon, especially with the pandemic blurring the lines between right and left wing conspiracy theories. Babbitt made a choice to storm the Capitol, and this piece traces how she made that choice, and what it led her to do.

Her story, and Q's role in the sacking of the Capitol, are a major theme of my upcoming book The Storm Is Upon Us, out in October through Melville House.

Al, Managing Editor — In the fallout of the Capitol riots, followed by the "Great Disappointment" of the QAnon community, there has been much speculation surrounding what will happen to the movement now, as well as a distinct uptick in retrospective articles about QAnon. Any predictions on this score should be treated with a generous pinch of salt, as (for my money) should any theory claiming to attribute the QAnon movement to any particular source.

However, one recurring theme in this trend of premature QAnon autopsies is the idea that QAnon was a "psyop." It's notable to me that, as my recommendation this week demonstrates, the "psyop" label has been applied by both disappointed QAnon supporters and their fellow travellers and parts of the anti-QAnon research community. The fact that both groups are compelled to make this case (with both sides attributing the psyop to various long standing bogeymen) says a lot about how useful the term is as an explanation for QAnon.

You can read about why prominent conservatives now are calling QAnon a psyop here and follow the author, Claire Goforth, here.

Edie, Deputy Editor — This month, I’ve been listening to the podcast Blowback, in which hosts Brendan James and Noah Kulwin delve into the history and dispel the myths of the Iraq war. It’s irreverent and hard-hitting in equal measure. Absolutely essential listening.

Devika, Senior Fact Checker — For the last few weeks, QAnon has dominated the disinformation world. The January 6 storming, followed by Joe Biden’s inauguration, was a roller coaster ride for everyone who followed the conspiracy theory. While looking for articles to read about QAnon and disinformation in general, I stumbled upon a really interesting piece in Wired by Cécile Guerin, who writes, “In my day job, I monitor the spread of online disinformation and conspiracy theories. I never expected to find them at my yoga class.” She talks about how she always assumed that these two worlds would remain separate until she realized that lines have blurred and anti-vaxxers and QAnon supporters are everywhere. She digs deep into the yoga world and how it’s been one of the biggest drivers of disinformation about QAnon and vaccination.

You can follow Cécile Guerin here and read the "The Yoga World Is Riddled With Anti-Vaxxers and QAnon Believers" here.

Alice, Editorial Assistant — Last week, I read a fantastic article in The Nation. The article centers on Madison Cawthorn, a Republican Representative for North Carolina. Written by disabled disability writer Sara Luterman, it delves into the untruths the 25-year-old congressman has been spouting.

Luterman explains: “Cawthorn became disabled after a 2014 car crash left him paralyzed from the waist down. By Cawthorn’s own telling, he was a successful business owner headed to the Naval Academy before his injury tragically reordered his life. As it turns out, neither claim is true.” Lamentably, Cawthorn’s claims about training for the Paralympic Games aren’t exactly true either.

In many ways, Cawthorn’s lies are both unremarkable and unsurprising. Politicians around the globe make up nonsense every day, and his narrative was popular one: a young man overcomes adversity, going on to triumph. You can read “The Ignominious Deceits of Congressman Cawthorn” here, and follow Sara Luterman here.

Nikita, Fact Checker — It turns out that, Enrique Tarrio, leader of the Proud Boys extremist group well-known for engaging in political violence in the U.S. and Canada) once helped authorities prosecute more than a dozen people in various cases involving drugs, gambling, and human smuggling. According to a former prosecutor, Tarrio worked as an informer for federal and local law enforcement, repeatedly working undercover for investigators after getting arrested in 2012. Reuters has accessed a transcript of federal court proceedings from 2014. Read the full story here.

Joe, Senior Researcher — As someone whose research interests sit at the junction between disinformation, folklore, and horror, "Dyatlov Pass" is a name I know well. It is, all at once, the subject of numerous online creepypastas, a frankly awful horror film, and a compelling contemporary mystery that has become part of Russian folklore.

The story goes that in 1959, a group of Russian hikers from the Ural Polytechnic Institute embarked on a trip into the Ural mountains. After they failed to return, an investigation found the group’s bodies scattered in a small area with unusual injuries after they had cut themselves out of their tents and ventured out into the tundra without warm clothing. The official investigation concluded a “compelling natural force” had caused the deaths, which, of course, fuelled speculation of everything from bigfoot and aliens to secret weapons and meteors.

Now, scientists believe that they can point to a specific kind of avalanche as the culprit behind the mysterious event, though they are not claiming to explain the entire event. Read the fascinating analysis (complete with fancy avalanche modeling) here. Now, if only someone can investigate the radioactivity in the hiker’s clothing…

The Haunting of r/wallstreetbets

In January 2021, members of the /r/wallstreetbets subreddit made the stock price of GameStop ($GME) soar. As the saga drew international attention, media outlets tried to explain why an online community was now in an open conflict with Wall Street...

This month's recommendations include a 21-page report on the creation of the world's worst meme, the author of which is literally the United States Cyber Command (a.k.a. the Department Of Defense). This hilarity aside, we have a stellar guest recc...