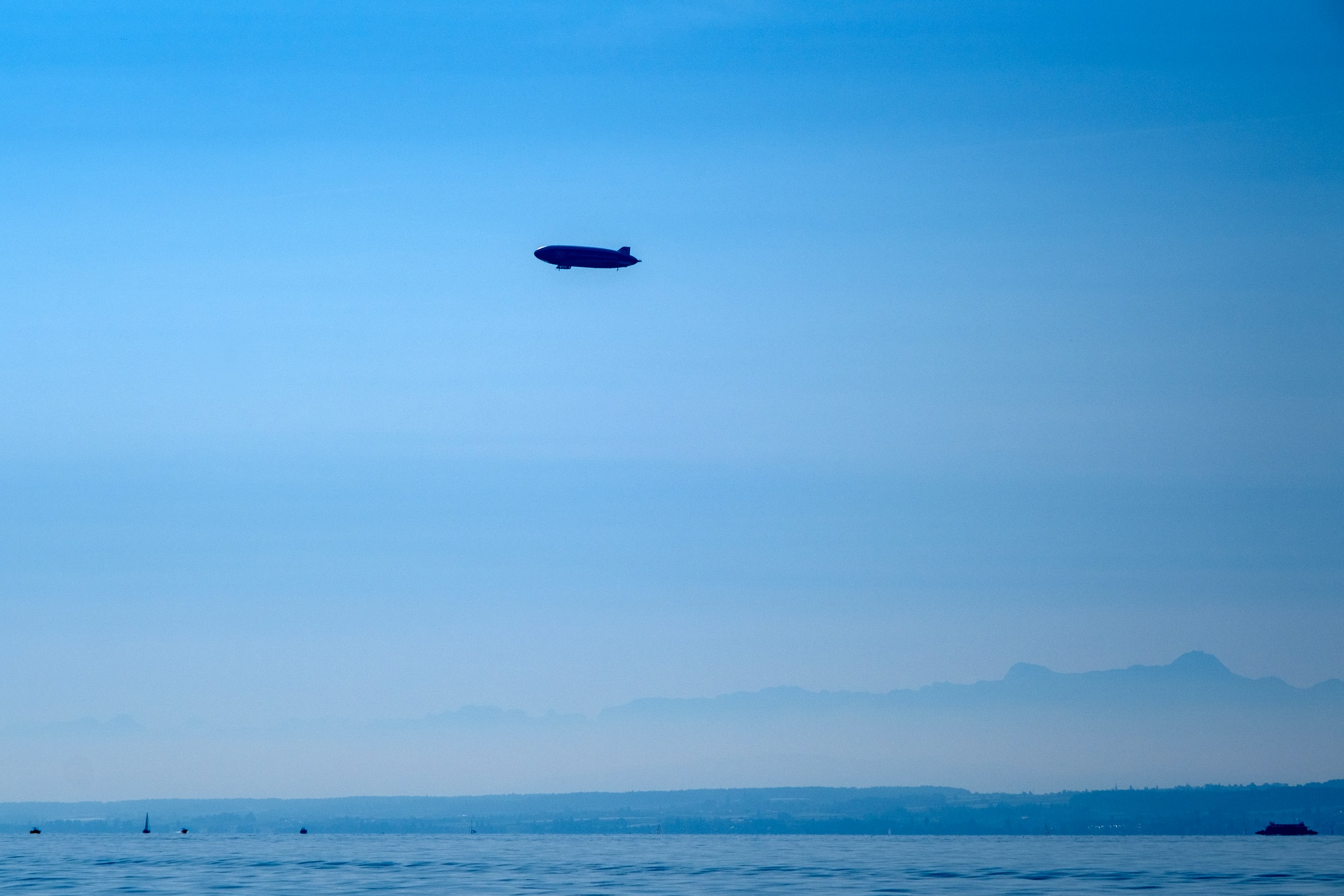 Our writers' recommendations this week include an essay about the complicated role played by Ruth Bader Ginsburg for "Generation Pussyhat", a Southern Baptist preacher taking on QAnon, and a surprise appearance by the Goodyear Blimp.

Edie, Contributing Editor - Some writers are so good that it's annoying, but their excellence doesn't usually go so far as to be actively inconvenient. This week, however, I have been inconvenienced by what a great writer Melissa Gira Grant is. I had one recommendation for a piece about the mobilization of dangerous militias motivated by lies and moral panics all written up, when I went to copy the link to her twitter account and spotted a whole different article which turned out to be even better, forcing me to rewrite this whole spiel. All of that is to say: read Melissa on the meme-ification of Supreme Court Justice Ruth Bader Ginsburg, perhaps to the detriment of the ideals of the movement she came to symbolize, here.

Nick, Contributing Editor - As QAnon continues making its way into white evangelical circles, one pastor has decided to take a stand. Seth Brown, executive editor of The Biblical Recorder, a newspaper in Cary, North Carolina penned a piece urging the Southern Baptist community to take a stand against QAnon and the dangerous disinformation that comes with it.
You can read his article here and a New York Times piece on Brown’s stand against QAnon here.

Devika, Senior Fact Checker - 2020 has brought with it a double whammy of a pandemic within a pandemic. One is the coronavirus, but the second is misinformation. Jessica Grose of the New York Times in this article explores how ‘misinformation is its own pandemic among parents.’ She talks about how parents buy into conspiracy theories - QAnon, Anti-Vaccine, Anti-Mask - by reading and passing on misleading and false information on different social media platforms. Grose also gives tips on approaching people who are spreading misinformation and talking to them about it. Here are some tips on differentiating between reliable and unreliable sources, and how to spot fake news.

The death of Ruth Bader Ginsberg has, improbably, made the upcoming US elections even more politically volatile and significant. The very fact that the death of a supreme court justice can have such profound political consequences strikes me as a pretty damning indictment of the level to which the US judiciary has become politicized; issues which seem like they ought to be thrashed out politically are instead shunted off to the judiciary, with the predictable result that a death on the bench throws what ought to be matters of settled political consensus into uncertainty and turmoil. In understanding the history of the Supreme Court of the United States, and how it came to occupy the peculiar political position it currently holds, I found the Radiolab spinoff podcast More Perfect incredibly helpful. The first two series certainly warrant a listen for anybody interested in how the Supreme Court works, and why it works the way it does, but I'm going to recommend the series 2 episode Sex Appeal in particular; a story about how RBG won a major battle for women's rights in the court, and an exemplar of her formidable political instincts and force of character.

Follow More Perfect from Radiolab here, and listen to it here.

Joe, Senior Researcher - In today’s world of ultra-connected conspiracy hypernarratives, it’s almost refreshing when something as simple as a UFO sighting sparks a mild regional panic. A TikTok video from a New Jersey resident depicted a shadowy ‘cigar’ shape with a glowing patch and flying lights, as well as numerous parked cars on the highway filming it. The video, and countless others, went viral before users politely pointed out that the UFO was very much an IFO; the Goodyear Blimp. To me, the most intersting part of the story is that what would have been a week’s worth of news in the UFO-rich 1950s was over and done in the space of a night. Such is the way of the Internet.