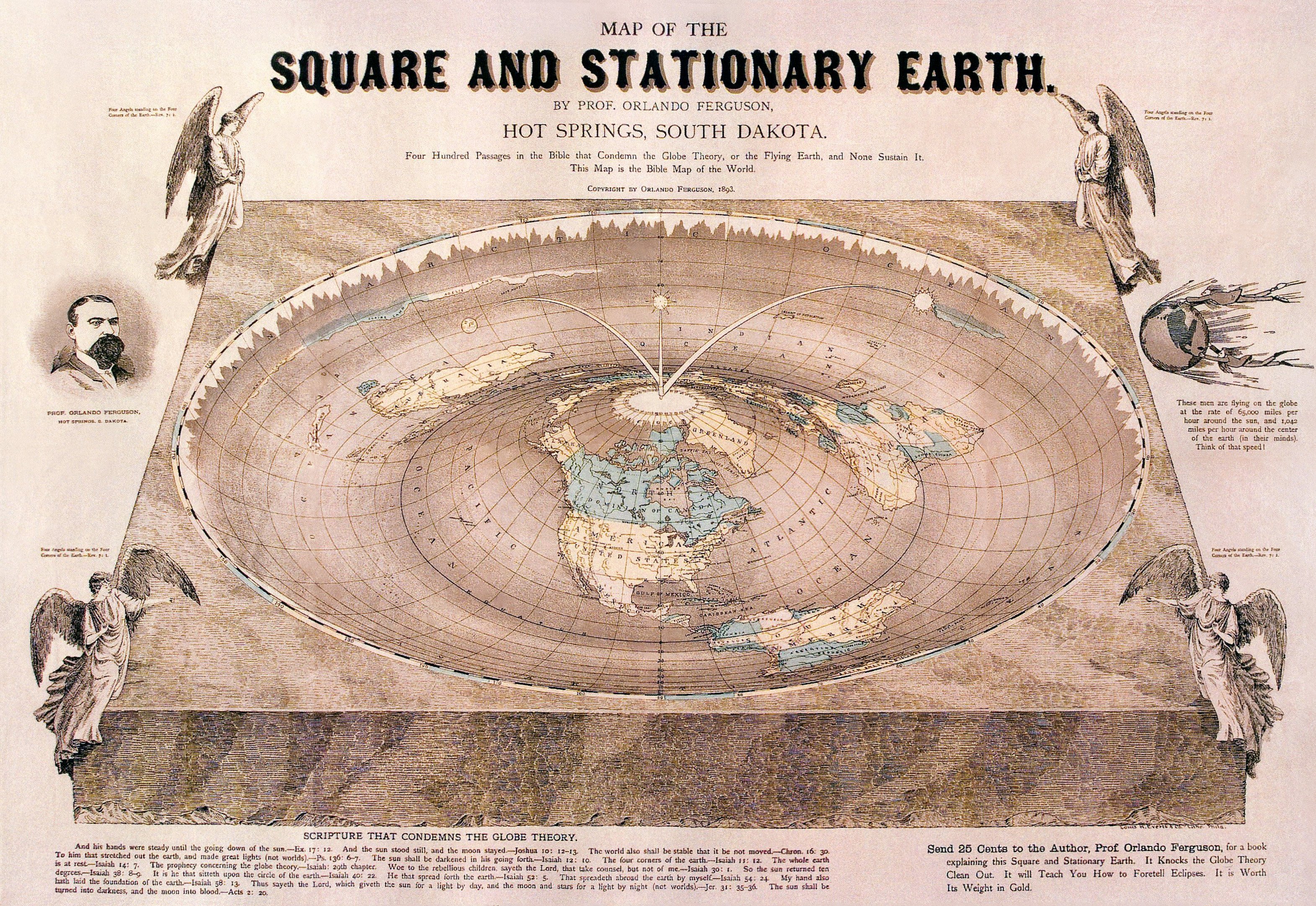 Our writers' recommendations include a Flat Earth-inspired game, a gem from the annals of weird internet history, and a story about Lenin turning into a mushroom.

Edie, Deputy Editor - This week, I’m recommending an episode of the Business Insider podcast "Brought To You By". The episode tells the totally wild story of a cache of private work emails leaked when the infamous energy company Enron publicly imploded in a storm of corruption and malpractice. The emails were mostly run-of-the-mill administrative messages sent by 150 company executives, but went on to take a life of their own after they were made publicly available, going on to help build the fabric of the modern internet and even be used in counter-terrorism strategy.

If you love stories about weird internet history and can’t think of anything worse than your emails being made public, prepare to be both delighted and horrified. Listen to the podcast here and follow its producer Dan Bobkoff here.

Kristina, Disinformation Researcher - Oldie but a goldie. This week I want to share one of my favorite hoaxes ever. In 1991, the citizens of the Soviet Union were introduced to a conspiracy theory about Vladimir Lenin. According to the theory, before he died, Lenin literally turned into a mushroom.

Eric Grundhauser, Programming Lead at Atlas Obscura, explains the origins of the hoax, and why people believed in it. Follow Grundhauser here, and read the article here.

Ishaana, Disinformation Researcher - It turns out that chips made by U.S. semiconductor tech companies, Nvidia and Intel, are being used for surveillance in China’s Xinjiang province. The computers in China’s Urmqi Cloud Computing Center are among the world’s most powerful; they can surveil more footage in a day than a person can in a year.

Intel and Nvidia say that they were unaware of this misuse of their technology, but the whole affair raises questions about the transnational nature of tech companies and whether ethics hold good after a product is sold.

Read this excellent piece by Paul Mozur and Don Clark of the New York Times here.

This CNN article fact checks some of the wild claims by Trump’s legal team, as they frantically search for ways to salvage Trump's failed reelection bid. Read the coverage here.

Joe, Senior Researcher - It appears as though I’ve got a knack for finding game-related Tinfoil content. This time, I'm recommending a truly incredible play-through of Flat Earth Simulator by John Walker. The game, costing $5, looks quite well put together, but as Walker’s play-through progresses, it’s clear that visual competence hides some truly left-field content, even for Flat Earth Theory. I won’t spoil the end for you (it is fantastic), but the utter stack of bizarreries that the game contains will have you wondering along with Walker whether this is for Flat Earthers or a way to poke fun. Maybe this is our next investigation…