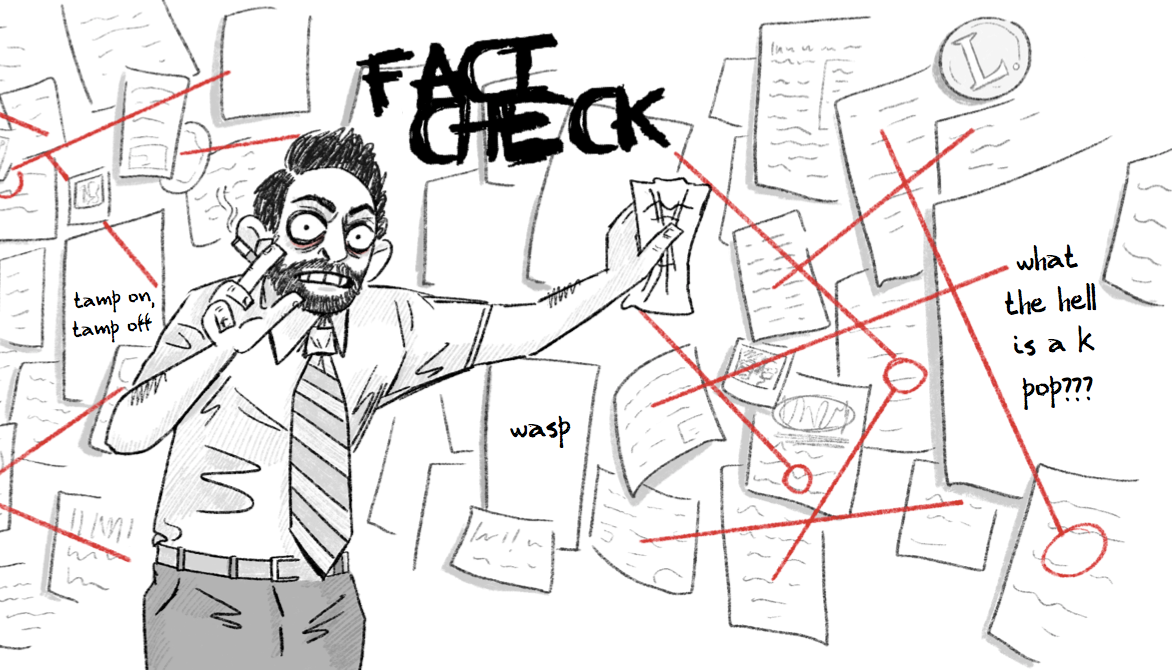 Kristina, Disinformation Researcher - There is a proven link between systemic racism and cybersecurity threats, but the issue has been far from properly addressed. Camille Stewart explains how diversity in the cybersecurity industry can help to solve the problem.

Nick Backovic, Contributing Editor - My second-straight Starbucks-related submission takes us to FOX LA’s Bill Melugin, who reported  that an off-duty LAPD officer found a tampon “halfway thru his Frappuccino” (sic) after paying for the drink with his police union credit card, prompting an LASD investigation into possible foul play. Target (the Starbucks in question is inside a Target) reviewed the footage and determined there wasn’t; meanwhile women everywhere pointed out that the object in the image looked nothing like a tampon. Tim Marchman and Jason Koebler from Vice took things further and decided to run an experiment to observe how a tampon would in fact react in a Frappuccino.

Ishaana, Researcher - Misinformation varies across cultural contexts; scholars have shown how the pandemic has been spiritualised in some African countries. Read more on how spiritualism of the virus creates misinformation and a resistance of scientific truths here. You can follow Josiah Taru and Tinashe Chimbidzikai to learn more about how politics and society in Africa is influenced by religion.

‌Edie, Contributing Editor - As the situation in the US has reached boiling point, many in the UK are keen to point out perceived cultural differences as a way to absolve the country from implication in the kind of systemic racism we see elsewhere. Even Prime Minister Boris Johnson got in on the act, insisting that the UK is not a racist country. Micha Frazer-Carroll has written this comprehensive response, interviewing Black Britons whose experience suggests that this is certainly not the case.

Joe, Senior Researcher - Health disinformation is big business and something we encounter regularly in our investigations. It often acts as a gateway to other conspiracies and distrust in conventional sources of information. In this video, Rohin Francis (aka Medlife Crisis), examines Gwyneth Paltrow’s infamous Goop brand. Crucially though, he looks at how conventional medicine has played a role in its rise and the rise of other Alternative Medicine brands.