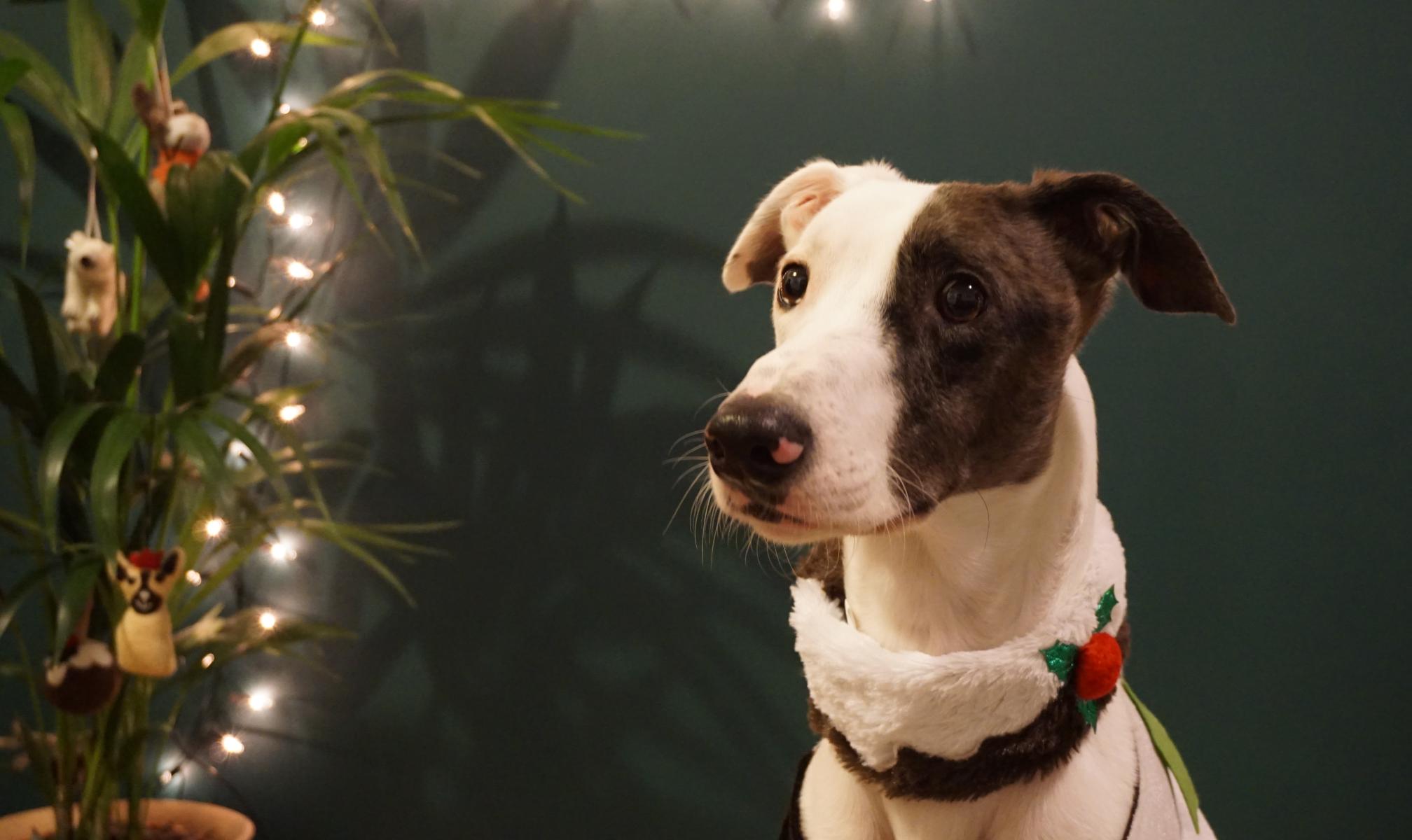 Al, Managing Editor — The first thing I wrote for Logically, when I started as the sole member of the new editorial team back in January, was an editor’s note in which I promised (much more in hope than expectation), that Logically was aiming to become a leading venue for reporting and comment in all the areas connected to our current media ecosystem: misinformation, journalism, social media and other technologies. The team which came together through the year has, unequivocally and miraculously, kept my word for me in spades.

One thing I am especially proud of is making Logically a home to writing from a wide range of perspectives, disciplines and research fields. We have published essays from technologists, philosophers, journalists, food writers, NGO workers, activists and advocates. Echo chambers can be based around methodology as well as ideology, and I hope to see Logically continue to avoid both.

Two pieces which I think exemplify this are the very first philosophical essay we published this year, from our now regular contributor Tom Whyman. Tom was the first person I asked to write for us when I started, and it’s genuinely a privilege to continue to public him. His essay, The Facts Are Not Enough, captures in an extremely elegant way the biggest failing of mainstream media institutions over the last decade. The contribution of mine which I’d like to highlight is due in many ways to my history researching the philosophy of art: an exploration of the way in which the form of news impacts the way we understand politics. 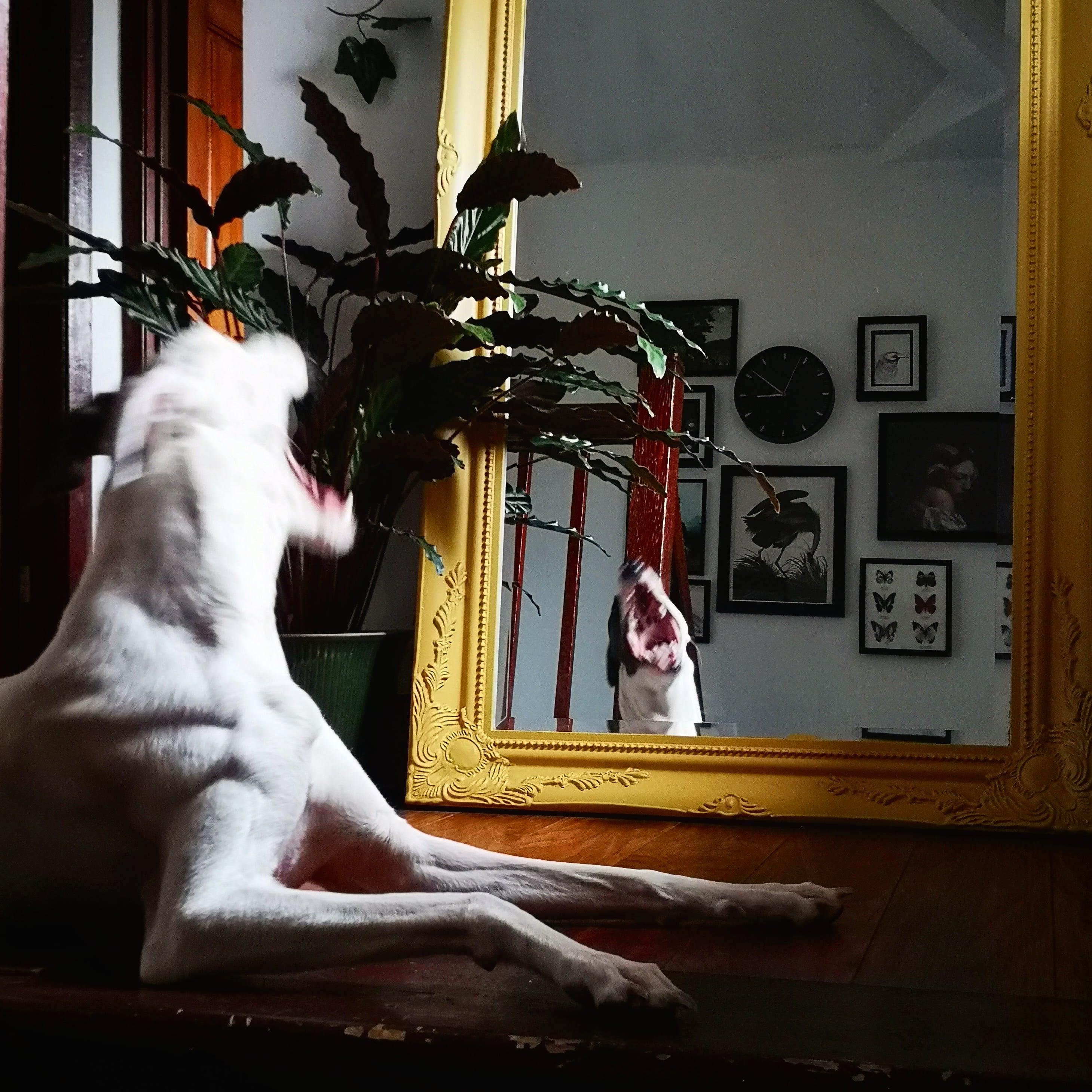 Ishaana, Disinformation Researcher — I’m recommending Joe’s Great Game India piece. It’s a brilliant observation into how a blogging page can be the driver of a massive disinformation campaign, simply because it is nondescript enough to slip through the cracks of prevention measures on most platforms. Apart from debunking some of the biggest COVID-19 conspiracies, it is also special personally, because it was the first investigation that I’d read from Logically and it set the tone for the kind of investigations that I’d do in the coming months.

My other recommendation, How Speculative Reporting Allowed QAnon Theories To Spread in India, came about after my dad sent me a WhatsApp forward that used words like "cabal" and "pedophile" in the context of Bollywood. The death of celebrity Sushant Singh Rajput sent mis- and disinformation narratives into overdrive along with coordinated inauthentic behavior to discredit the Maharashtra government's handling of the case. The theories of Q had made their way to Indian shores though not as Q itself but from Tweets and YouTube rants of a lawyer in New Delhi. My takeaway from this piece is that conspiracy theories are hydra heads that speak different languages and morph conveniently according to political climates. Read all about it here.

Nick, Contributing Editor — When it comes to tackling disinformation, the importance of understanding how extremist groups have historically rebranded and repackaged old narratives cannot be understated. In a year of QAnon and adrenochrome-drinking Deep Staters, Kristina’s interview with Konstantin Rubakhin, director of the Masonic Museum in Riga, serves as a great reminder that this type of paranoia is hardly something new at all.

I also had the chance to work on quite a few crazy stories this year, but my collaboration with Joe on an article about a man named Joseph Gregory Hallett, who still today claims he’s the rightful King of England, takes the cake. The whole Hallett saga reads like a rejected Dan Brown novel, but the level of commitment the supporters of Hallett & Co. (because they actually have a few of those) have shown towards this fantasy is so over-the-top that it manages to provide a few moments of levity in an otherwise dangerous delusion.

Nikita, Fact Checker — As the Indian government mulls banning Chinese telecom gear after imposing a ban on a list of their mobile apps earlier this year, I am recommending Ishaana’s Beyond The App Ban: How Important Is It to Protect Our Data? The article draws attention to how China-developed apps are a cause of worry for India. 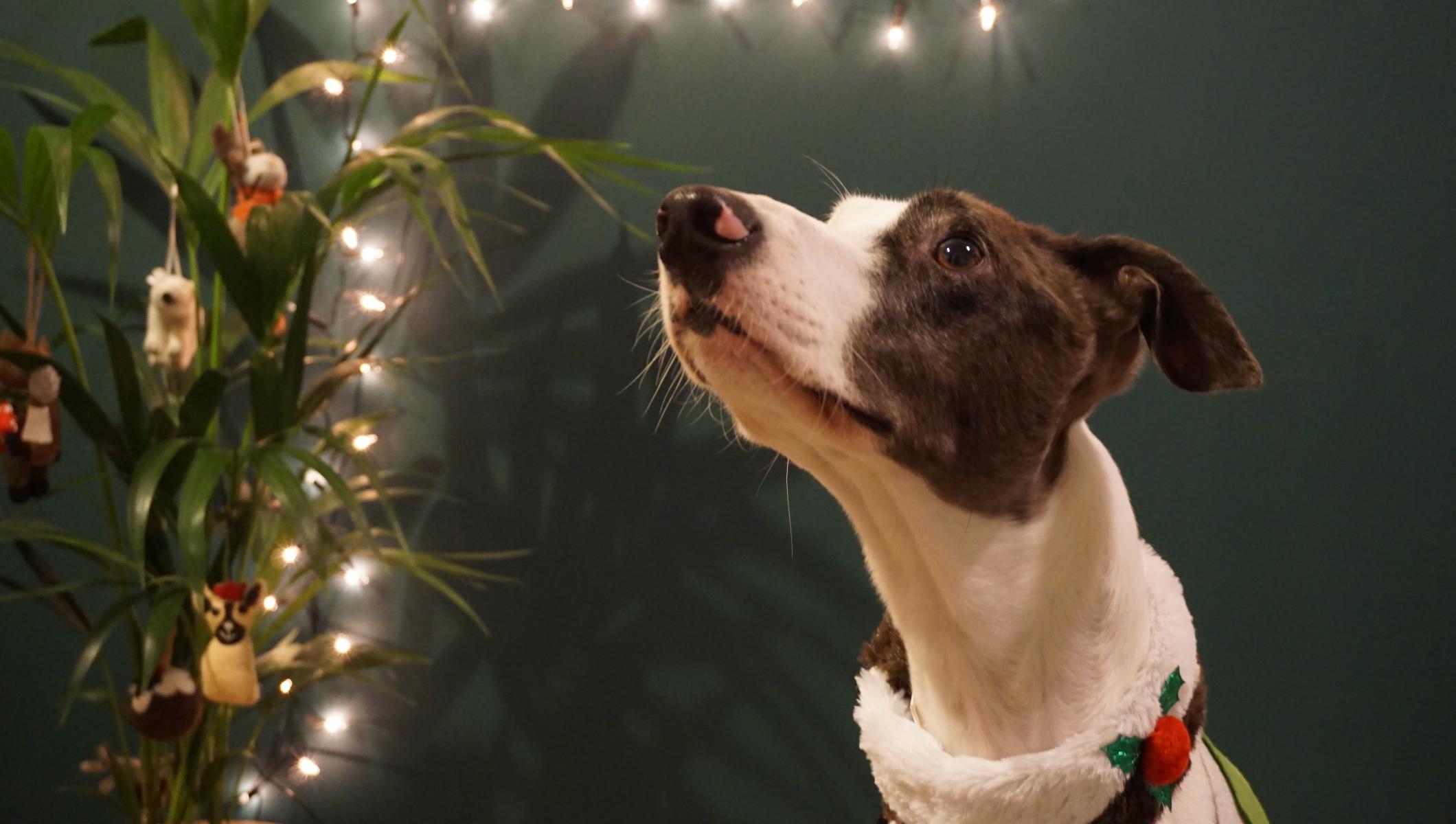 Kristina, Disinformation Researcher — Firstly, I am recommending Ishaana's Love Jihad piece: an investigation into a conspiracy theory that claims that Muslim men intend to trap Hindu women by feigning love and then forcing them to marry solely to convert them to Islam. I had never heard of this conspiracy theory before, and so this article was definitely a great discovery for me.

As for my personal recommendation, without a doubt, I enjoyed working on the Disinformation Trends in the UK project most of all.  Joe, Edie, and I made a complete guide to all kinds of COVID-10 disinformation in the U.K. If you are interested in different types of anti-vaxxers, COVID-deniers, and their natural habitat, you should take a look.

Devika, Senior Fact Checker — If I had to describe this year in two words it would be COVID-19 and election, specifically the U.S. presidential election. But what started as a “let’s fact check this president" hasn't exactly ended with a sigh of relief. The work we started isn’t over yet, and while many people have made remarks about not having to fact check the president anymore, I wholeheartedly disagree. I wrote this after I saw someone say that on Twitter, and I just wanted to say that the work has just begun.

As I said this year was mainly about the U.S. elections (at least for me), my other recommendation is this piece which my colleague Edie Miller wrote. She chased a kid (19 years old) who started a “The Settle for Biden Campaign” on Instagram which went on to become something really big. 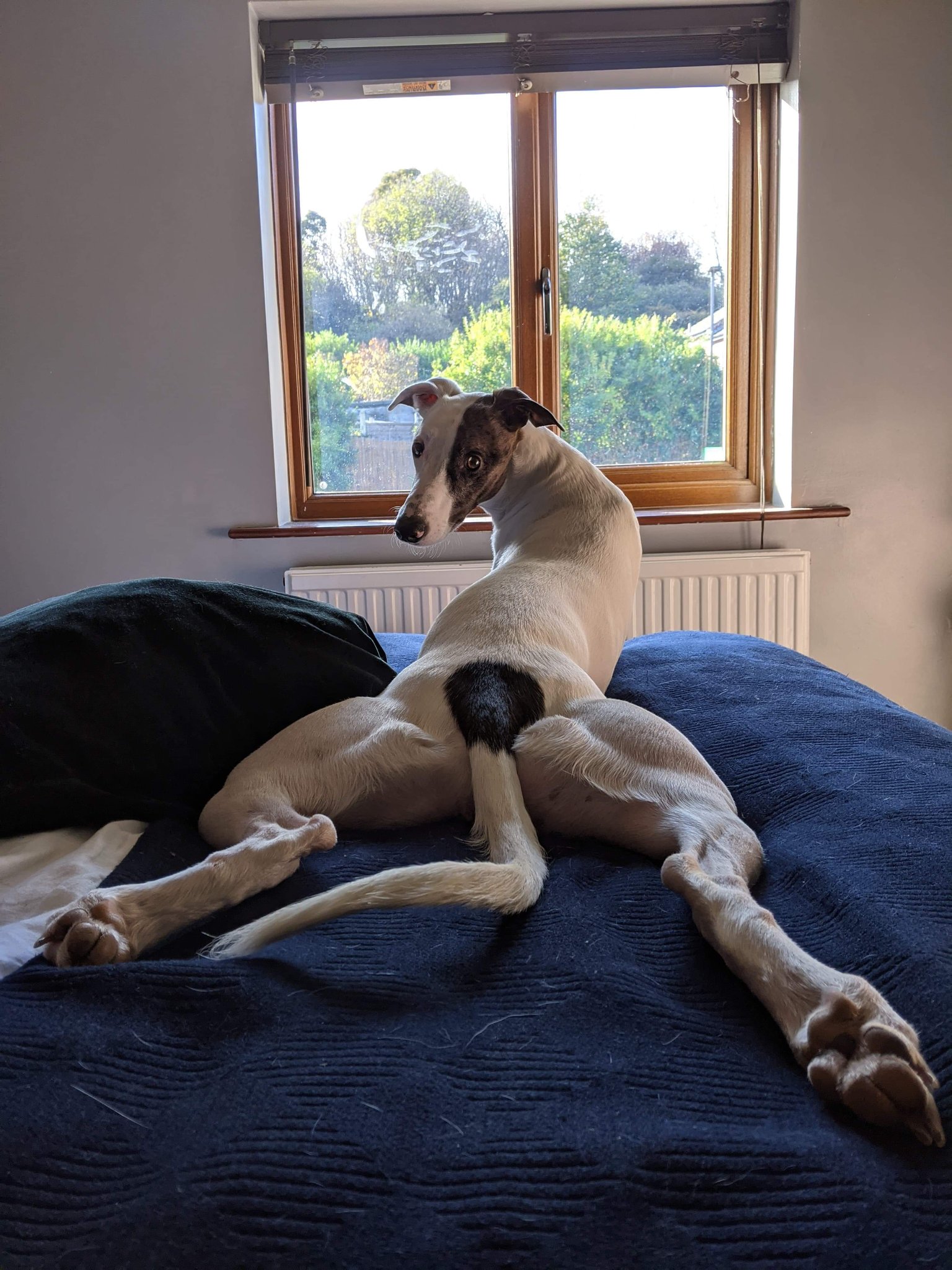 Tom, Contributing Writer —  I had a lot of fun writing this investigation into a very strange man who for some reason was posing as an author living in the Dordogne who got unwittingly sucked into the various schemes of his Brexiteer neighbors’ idiot son. As well as being a funny little story about some online bullshit, the R.S. Archer phenomenon remains really interesting as an example of something absolutely vital to understanding the spread of disinformation: people just love to believe things that confirm their existing prejudices about how the world either is or ought to be. Tell people something they want to believe, and they simply won’t think critically about it in any way at all!

One of the things which makes Logically really good is that it is one of the few outlets that will just straight-up publish pieces of serious, original philosophy. One of the best examples of this was this post by Natalie Ashton from the University of Stirling, on why Twitter is epistemically better than Facebook. Although perhaps I only want to believe this because I use Twitter a lot more than Facebook, and the idea that it might be in some way healthier for our minds makes me feel less like I’ve chosen to spend my life trapped in hell.

Joe, Senior Researcher — This has been the strangest first year in any job I've had, but I also think fair to say it's been one of the strangest years full stop. While we have produced insightful and important investigations about the disinformation around the pandemic, the U.S. election, or the many smaller events that appeared to all happen at once and not at all—remember the Bitcoin Twitter hack? That was only five months ago—I'm recommending Ishaana’s Pride Kashmir Investigation for our roundup. Her two-parter is a crucially important investigation into a key way in which supposedly progressive causes can be co-opted in the name of disinformation.

As far as my own, it's difficult to choose. Do I go by how interesting it was to investigate? How absurd the subjects were? I think a sign of good work in this job is in the actual material difference it can make. The investigation I did with Nick into the owner of QMap arguably hindered the movement's ability to spread and gain countless more followers at a crucial time of the year, and for that, I couldn't be more proud. 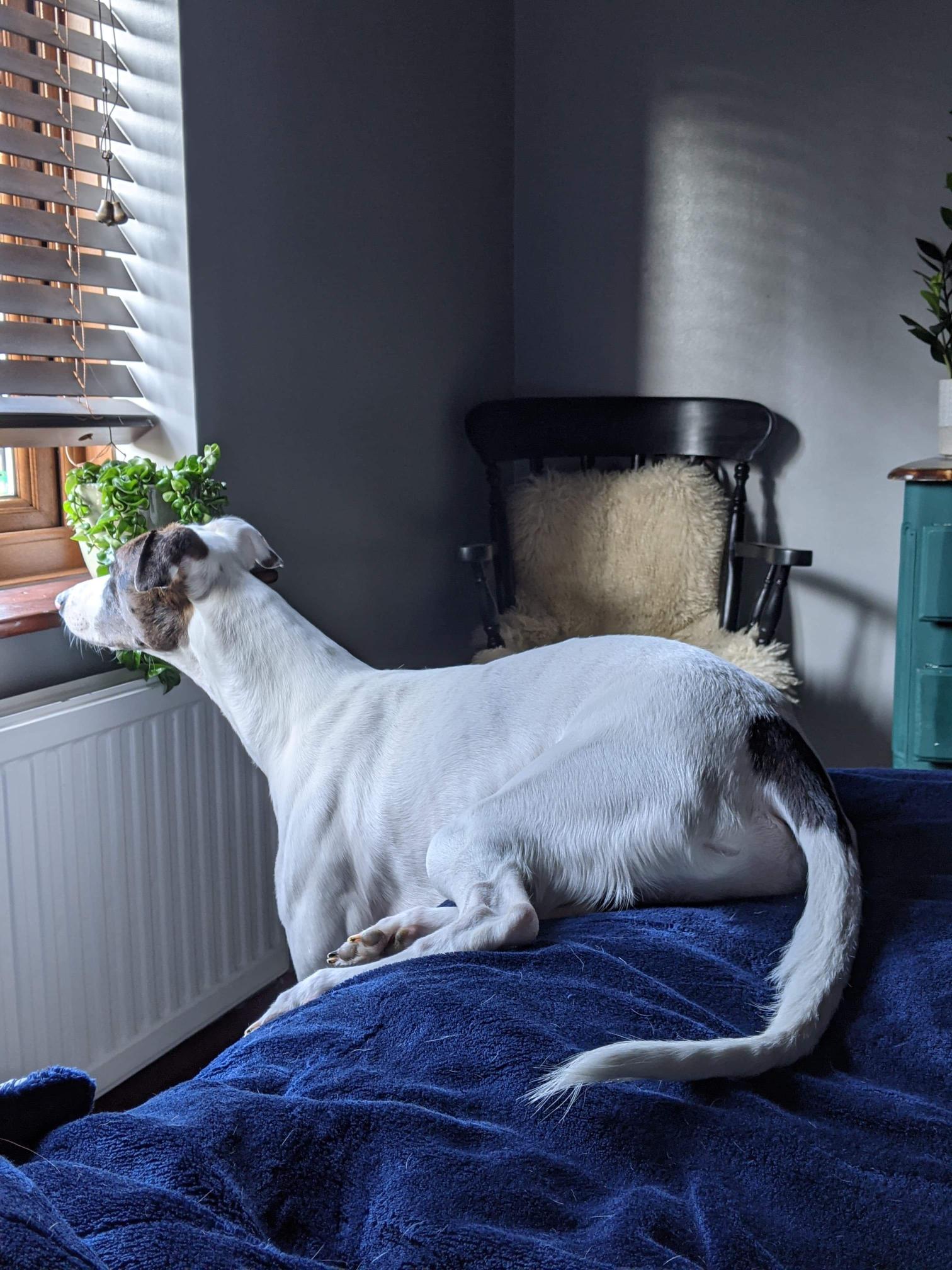 Alice, Editorial Assistant — My first recommendation is Devika’s superb Double Check of The Crown: Season Four, primarily because, in a year of pandemic-related tumult, it is important to be entertained in a controlled and factually accurate way. As a general rule, Devika is an excellent person for this.

As for something I’ve written, I’m going to go with the piece I wrote about Logically pioneering live fact checking. I joined the team in October, and so writing this was a great way to get to know how things work. As well as learning about speech to text pipelines, writing the article also introduced me to Chocomel: a drink from Holland that is totally acceptable.

Edie, Deputy Editor — I’m so proud of all my colleagues’ hard work this year, so it wasn’t easy to choose something to recommend for our end of year Tinfoil Digest, but one investigation sticks out. Kristina’s investigation into the spread of the Q movement in Europe is a fascinating piece in itself, but it deserves a special mention because it went on to be a blueprint for how narrative localization works in almost all areas of disinformation. You can read it here. As for my own work, I’m revisiting this essay I wrote back in May about how real-life public health betrayals lay the groundwork for harmful conspiracy theories, and make them harder to combat too.

Ike, Dog — Ike recommends giving him lots of attention for being a good boy, and sausages.