Tinfoil Digest - The Cake is a Lie Edition 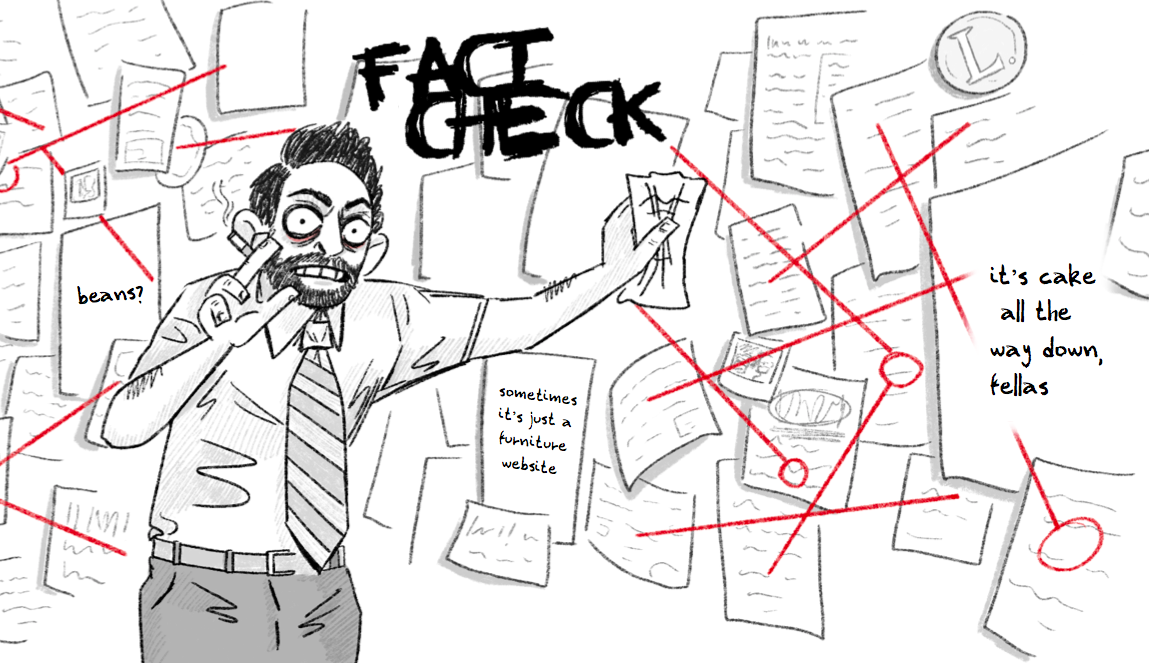 Our writers’ recommendations for the best debunking, fact checking and media criticism you shouldn't miss this week.

Nick, Contributing Editor - A photo currently circulating on social media has Dr. Anthony Fauci alongside Barack Obama and Melinda Gates, supposedly planning the great COVID hoax while at a Wuhan laboratory back in 2015. Although the photo itself is genuine, it was not taken in Wuhan but in Maryland—and the woman in the picture is not Melinda Gates. Snopes’s Dan Evon breaks down the miscaptioned photo here.

‌Edie, Contributing Editor - We’ve provided extensive coverage of the way the COVID pandemic has helped people pushing fake cures and alternative health remedies, but dates back to well before the outbreak. This BBC article is a really interesting look into the background of a counterfeit pharmaceutical industry operating in various African countries, which has its roots in organised crime and is responsible for hundreds of thousands of deaths.

Ishaana, Researcher -You either get the joke or get offended by the joke. Last weekend, a stand-up comic received rape threats for jokes she made about the Indian warrior-king Shivaji. The person threatening her was arrested but a closer look at the joke itself shows it was hardly anything to get worked up about. Lawyer and writer Ajay Kumar comments on this here.

Al, Senior Editor -Seventy-five years ago, the ‘Hutchins’ committee published a slender volume reporting on the state of the American press, its purpose, its place in a democracy, and what it should aspire to be. Michael Luo, as a part of the New Yorker’s ‘the future of democracy’ series, gives an insightful and well-researched review of the legacy of the Hutchins report, and a frank discussion about how many of the issues we struggle with about the press and its role are far from new, and about the stark institutional failures of the american media to live up to its promise.

You can read it here and follow Michael here.

Joe, Senior Researcher - Following on from Edie’s wonderful double check on whether the world has in fact turned into cake, Adam Fales further contemplates our recent turn to sponge-and-fondant mimesis for Avidly. Fales asks just why “the cakes” prompt such a visceral response from viewers and how they link into online culture in a global pandemic.

‌Edie, Contributing Editor - Oddly enough, the focus of my...