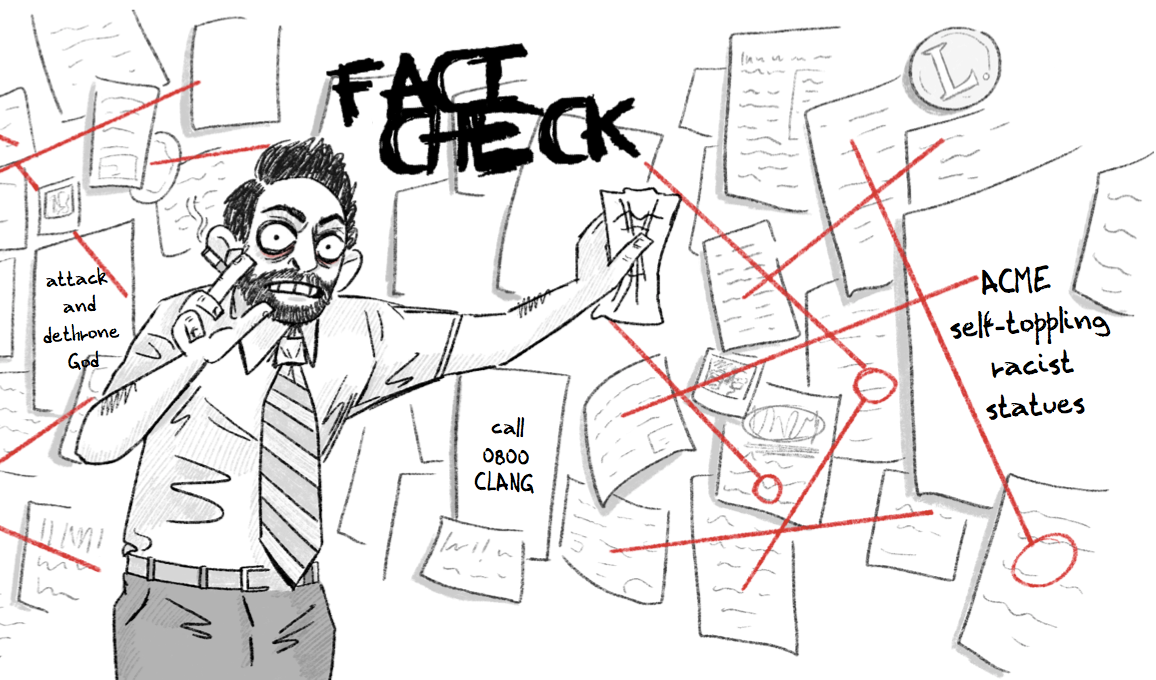 ‌Edie, Contributing Editor - Citations Needed is an independent podcast that's essential listening for its no-holds-barred take on media criticism. This week they got stuck into the "Outside Agitator" narrative that's been common in coverage of the Black Lives Matter protests across the US. The hosts uncover evidence that the narrative is hundreds of years old, and give it a thorough debunking, based on arrest records and an insightful dissection of the motives behind the trope.

Nick, Contributing Editor - A Starbucks promotion that circulated on social media this week promised free Frappuccinos to Black Lives Matter supporters. “The louder you shout, the larger size you’ll get,” the advert had claimed. But some people decided to test it out and only found out about the hoax once they were asked to pay for the drinks at the register.

The hoax is explained here by hitc.com.

Kristina, Disinformation Researcher - Plato and Socrates certainly did not know about fake news and the armies of bots. However long before us they tried to find out what the truth is and where to look for it. Asha Rangappa and Jennifer Mercieca turned to classical Greek philosophy in an attempt to answer the question "Is there a cure for disinformation, propaganda, and other offenses against the truth?"

Ishaana, Researcher - For Pride Month let's go back in time and take a leaf out of Bayard Rustin’s book. Bayard was an out and proud black  gay man who dedicated his life in the fight against injustice. In this heartwarming interview from 1986 he speaks of the impact of his sexuality in the civil rights movement and why he decided to stand-up for what he believed in.

Listen to the entire interview here with narration by Eric Marcus on the Making Gay History podcast.

Joe, Senior Researcher - An oldie but a goldie this week. A report by Will Sommer tells the story of how one of Reddit’s greatest exports - /r/legaladvice - and how most of the top rated posts were pure fiction, written by an “anorexic Ivy leaguer.” Though the subreddit never fails to entertain, Sommer’s investigation highlights the ease with which fiction can pass itself off as fact online.