The War on Trust 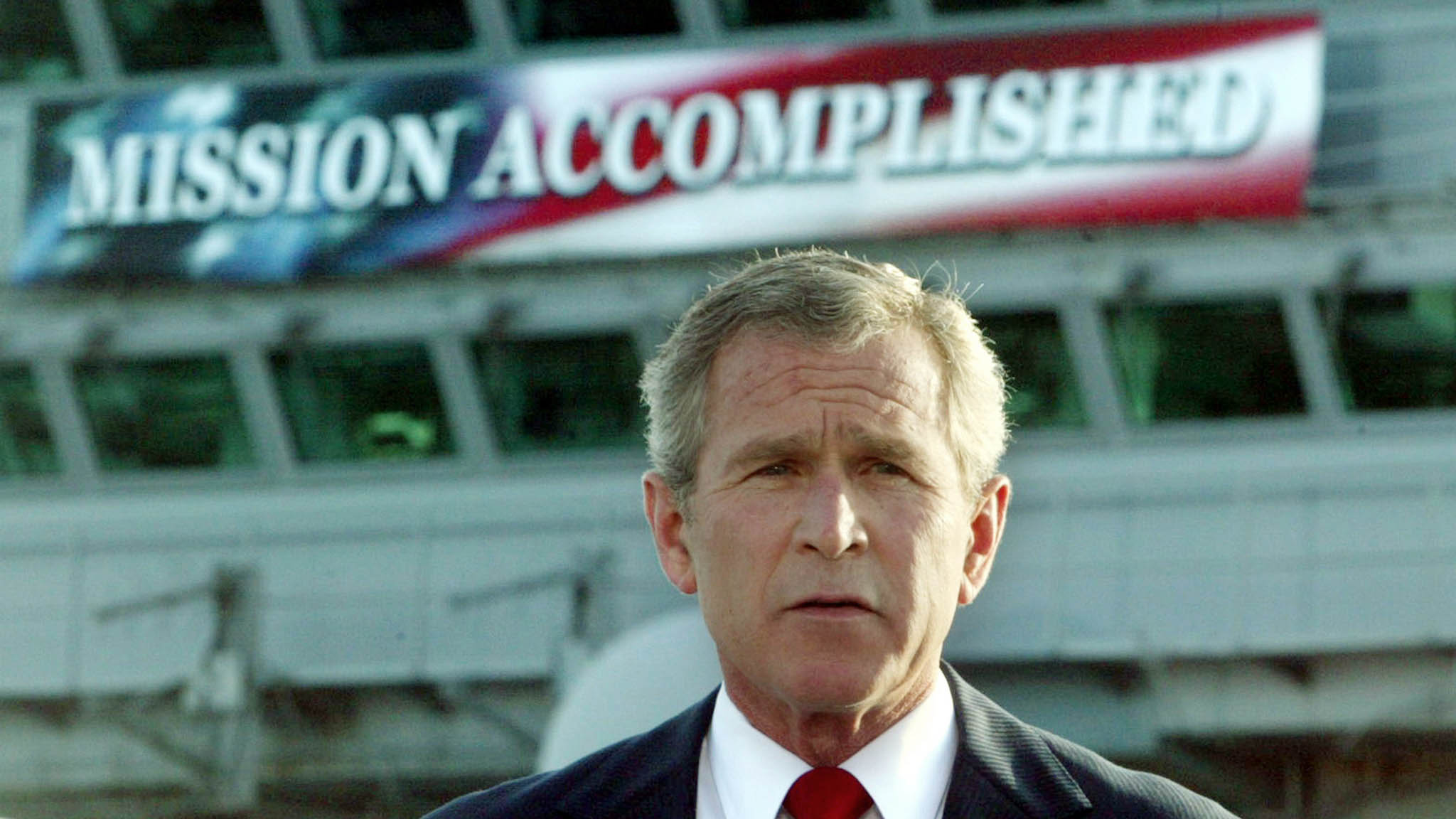 It is hard to capture exactly, twenty years later, how abruptly the long 1990s collapsed into the War on Terror in September 2001. Public opinion polls capture it a little. In the face of abrupt tragedy, symbolically seen as an assault on the nation as a whole, Americans responded by doing something today almost unimaginable. They began, for a brief window at least, to put their trust in the whole of government.

“In October 2001, 60% of adults expressed trust in the federal government – a level not reached in the previous three decades, nor approached in the two decades since then,” write Hannah Hartig and Carroll Doherty for Pew Research Center, in a recent publication about the enduring legacy of September 11th, 2001.

In Pew Research Center’s long-running aggregation of polling from 1958, updated in May 2021, public trust in government in the United States has been on a long decline ever since 1964. Some of this change can be attributed to the refinement of polls, but the data paints a stark picture. Americans had more trust in government at the dawn of the Ford administration, which followed in the wake of Watergate and Nixon’s resignation, than Americans have had in any year since 2005.

Pew delineates its polling by presidency, a good stand-in proxy for the face of government most remembered by people, if a somewhat superficial gloss over the intricacies of power-sharing between Congress and the White House, the national offices most directly impacted by shifts in public opinion. In the long trough of public trust in government between the Watergate decline and the post-9/11 spike, only one moment comes close, and that was the declared end of the Persian Gulf War.

It is impossible to understand that post-9/11 peak in trust, and its subsequent and durable decline, without describing war nationalism, and how it was stoked and sustained, with no tangible end to the war in sight.

When trust breaks, it breaks in little pieces, as it becomes clear who is excluded.

“War nationalism always turns itself inward, but in the past, wars ended,” wrote Adam Serwer in The Atlantic in 2018. “Anti-Irish violence fell following the service of Irish American soldiers in the Civil War; Germans were integrated back into the body politic after World War II; and the Italians, Jews, and eastern Europeans who were targeted by the early 20th century’s great immigration scare would find themselves part of a state-sponsored project of assimilation by the war’s end. But the War on Terror is without end, and so that national consolidation has never occurred.”

Even as President Biden has established a formal end to the U.S. ground presence in Afghanistan, wars authored under the 2001 Authorization for the Use of Military Force still continue. That bill was passed on September 14, 2001. Just a day later, in Mesa, Arizona, airplane mechanic Frank Silva Roque killed Balbir Singh Sodhi, a Sikh man who was the first victim of a wave of ostensibly anti-Muslim violence perpetrated in the name of 9/11.

When trust breaks, it breaks in little pieces, as it becomes clear who is excluded from the us-versus-them mentality that goes with war nationalism.

During the 2000 presidential election, Arab Americans were seen as a potentially viable constituency for the Republican party, which was pleased with how well it had performed in areas like Dearborn, Michigan. As Politico reported, in 1992 the Arab-American vote in Michigan was split evenly between the parties. By 2016, a majority of the community was reliably voting Democrat, at a rate of 85 percent.

It was the experience of living within a nation riven with war nationalism, and one actively engaged in a war against an ever-expanding list of targets, that drove this shift. It was not just an atmosphere of danger, but a reality of documented, provable attacks.

Complicating attempts to determine a clear truth in 9/11 was the way in which the attacks were used as justification for war, not just with Afghanistan, but also with Iraq.

“Hate crimes against Muslims – or those, like Sikhs, perceived to be Muslims by whites uninterested in distinctions – skyrocketed from 28 incidents in 2000 to 481 in the final months of 2001,” writes journalist Spencer Ackerman in “Reign of Terror.”

These violent attacks were also paired with the kind of fear-driven and enemy-seeking thinking that accompanies the feeling of being under siege.

“With racism came conspiracy,” Ackerman continues. “False rumors spread that Jews who worked in the World Trade Center warned one another to stay home on 9/11. A durable conspiracy theory called 9/11 trutherism, which took root on both the far left and the far right, held that the towers were destroyed by a treasonous globalist government that sought to gin up an imperial war.”

These conspiracies and others about the attacks persist to this day. Resources exist today to help people, especially students too young to remember the attacks, distinguish between what actually happened on 9/11 and what was just a recycling of vicious tropes to justify violence at home.

Complicating attempts to determine a clear truth in 9/11 was the way in which the attacks were used as justification for war, not just with Afghanistan, but also with Iraq. With Afghanistan, at least, there was a case of geography. It was from inside Afghanistan that Osama bin Laden and al-Qaida had planned the hijacking and attack, though al-Qaida’s presence in Afghanistan came not at the invitation of the people but through the Taliban which then ruled most of the country.

As it was pursuing war in Afghanistan, the Bush administration also publicly made the case for war in Iraq. In December 2001, Vice President Dick Cheney appeared on Meet the Press, and mentioned reports from foreign intelligence services of a direct link between Iraq and Mohammad Atta, claims that the U.S. intelligence community conclusively dismissed by May 2002.

Instead, the case for war against Iraq pivoted to reports and claims of weapons of mass destruction, weapons that never turned up after the invasion. A bipartisan Senate report, published in July 2004, found that the Bush administration had relied on weak sources and false information to justify the invasion.

As the wars continued, their ownership became a bipartisan project, with presidents of alternating parties continuing to pursue military action abroad.

After a year of debate in public on false premises, “most Americans thought – erroneously, as it turned out – there was a direct connection between Saddam Hussein and the 9/11 attack,” write Hartig and Doherty. “In October 2002, 66% said that Saddam helped the terrorists involved in the 9/11 attacks on the World Trade Center and the Pentagon.”

Some of the durable turn away from trust in government can be seen as a repudiation of those past beliefs, with Americans growing more skeptical of the wars and less convinced they were the right call as time goes on.

As the wars continued, their ownership became a bipartisan project, with not just representatives and senators from both parties supporting the wars, but with presidents of alternating parties continuing to pursue military action abroad. There is a clear partisan effect in trust for government at a given time, with both Republicans and Democrats trusting government more during presidencies of their party, and less when it’s the reverse.

In Gallup polls taken, asking Americans about their faith in the ability of the government to handle international and domestic problems, we see a curious spike in 2012. That summer, a year after the killing of Bin Laden by U.S. special forces, and in the middle of Obama’s re-election campaign, saw the highest level of trust for action abroad since the immediate post-9/11 bump.

“In 2012, after Obama had declared an end to the war in Iraq and was promising to end the war in Afghanistan, Americans were particularly confident in the government's ability to handle international problems (66%),” writes Lydia Saad.

While Obama announced a withdrawal in 2012 and started a drawdown of U.S. forces in 2014, thousands of troops were still deployed in Afghanistan when Obama left office, and U.S. airstrikes on insurgent groups in the country continued. Trump, too, would announce a drawdown, though he saw no similar spike in polling, and it would take until the Biden administration for the United States to evacuate its last military forces from the country.

In the shadow of this fluctuating public opinion around war abroad has been another durable trend. The devastation of Hurricane Katrina, which revealed a federal government either unwilling or unable to anticipate disaster or meet immediate needs in the aftermath, put a ceiling on how high trust in domestic policy could be.

Pew reported in September 2005 that “While Katrina has not further weakened the public’s trust in government, there nonetheless is a striking contrast between the public’s lackluster feelings about government and the strongly positive opinions seen in the immediate aftermath of 9/11.”

For a few years, Americans were willing to trust that the wars waged by the government abroad were being waged well, and were being waged in the public interest. As the wars dragged on without victory or conclusion, and as domestic tragedies of poor governance became inescapable, the public at large became less willing to trust that the US government knew what it was doing.

The continuation of the pandemic exemplifies this disparity. In the United States, perhaps more so than any other country, the pandemic is an unwinnable battle – it is a disaster whose response requires Americans to trust each other, and to trust government at all levels, from the local to the federal. If 20 years ago Americans were willing to trust the government to pursue victory against an unseen enemy abroad,  patience has worn thin.

The forever war asked Americans to place their trust in the politicians and professionals running war abroad, while Americans continued their lives at home as normal. Now, deep into year two of a disaster that makes life as normal impossible, the failure of the government to earn trust at home and abroad is thrown into stark relief.

Kelsey D. Atherton is a military technology journalist based in Albuquerque, New Mexico. His work has appeared in Popular Science, Scientific American, and The New York Times.